Human beings have a deep-seated desire for certainty and control.

Several studies show this need serves at least two important purposes. First, it helps us believe that we can shape outcomes and events to our liking. That is, the more in control we feel, the more efficacious we feel about achieving the outcomes we desire, and this sense of competence boosts well-being.

Control also feels good because it makes us believe that we aren’t under someone else’s control. In one study of an old-age home, researchers gave the members of one group control over which plant to grow in their room and which movies to watch. The other group was denied that control. In the eighteen-month period that followed, the death rate of the second group was double that of the first.

That’s why we’re driven to seek control. Indeed, studies show that those with a higher need for control generally set loftier goals and also tend to achieve more. But can it go too far? Can seeking control undermine happiness? The answer, it turns out, is yes. Seeking control is a good thing—but only up to a point. Beyond that point, the drive to control can make you miserable.

Why controlling others creates conflict 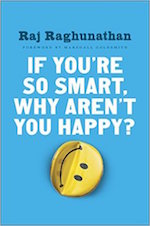 This essay is adapted from If You're So Smart, Why Aren't You Happy? (Portfolio, 2016)

Ask yourself this question: how does it feel when you are under someone else’s control? Imagine being married to someone overly controlling. Or worse yet, imagine being someone’s slave. Being controlled is no fun—and that’s why we tend to rebel.

Psychologists call this quality reactance: the desire to do the things that are proscribed. For example, attempting to control your spouse’s diet may be met with increased consumption of unhealthy food—just to spite you. This is why, in adult relationships, you can either have control over others, or you can have their love—not both. And because love is such a fundamental need for us, being overly controlling isn’t good for happiness.

There’s a related reason why being overly controlling of others lowers happiness: it results in what the well-known motivational psychologist David McClelland calls “power stress,” which is the tendency to get angry and frustrated when others don’t behave the way you want them to.

In one study, a group high in need for control and another group low in that need were both asked to deliver an extemporaneous speech to an audience consisting of two confederates. For one set of participants, the confederates reacted in a supportive and pleasant manner, but to the other set, they reacted negatively.

Here’s what the results showed: when the confederates were positive and supportive, both those high and low in need for control felt quite happy. This is not surprising, of course. When the confederates behaved negatively, however, a more interesting result emerged: Those high in need for control found it to be far more disturbing, and ended up feeling significantly more negative, than those low in need for control. This suggests that, when you seek control over others, you set yourself up for anger, frustration, and disappointment when they don’t behave the way you want them to.

In addition to crowding out others’ love and feeling frustrated, there’s yet another reason why the drive to control can lower happiness. This has to do with the quality of decisions we make. It turns out that we make our best decisions when we are exposed to a diverse set of views and inputs. This is why it is important to surround oneself with people from a variety of backgrounds. When we’re overly controlling of others, our decision-making suffers—because we drive away those who disagree with us and thus surround ourselves with only those who don’t mind being controlled: the “yea-sayers.” 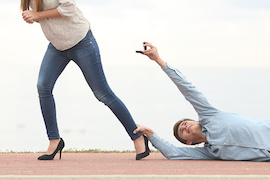 Before I get to these reasons, it’s important to note that being overly controlling of outcomes is not the same as being keen on achieving our goals, like getting into a good school or wanting to be in a great relationship. Findings show that having goals boosts happiness. You cross the line into being overly control-seeking when you become obsessed with achieving the desired outcomes—and the desire to achieve outcomes controls you. Professor Robert Vallerand of the Université du Québec à Montréal describes this tendency as “obsessive passion.”

As most people know, life is uncertain—and trying to overly control outcomes sets you up for disappointment. For example, one study showed that being in an overcrowded room dampened the mood of participants higher in need for control to a greater extent because they felt that the room wasn’t to their liking. Another study found that when people are put in situations in which they have lower control than they desire, their blood pressure shoots up. These findings indicate that when life doesn’t go according to plan—which happens quite regularly of course—those high in need for control suffer more.

And again, the need for control—in this case, of outcomes—hurts decision-making. Findings show that overly controlling people are more likely to take risks and are also likely to become superstitious in stressful situations than those low in need for control. They are also more likely to fall prey to the illusion of control—which is to believe that one has more control over a situation than one actually does—and therefore, are likely to lose more money in gambling contexts involving real stakes.

Finally, the drive to control outcomes lowers happiness because when you want to control something so badly (say, get a particular job), you are likely to sacrifice other things that make you happy. Findings by Vallerand and his colleagues show that being obsessed about something has a negative impact not just on one’s own physical and emotional health, but also on the health of one’s relationships.

Can being out of control make you happier? 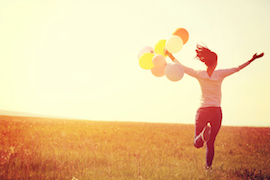 Because being overly controlling lowers happiness, it would clearly be useful to figure out ways to, well, control one’s control-seeking tendencies.

One suggestion? Learn to appreciate, rather than avoid, uncertainty.

How can you do that? Recognizing the importance of uncertainty for spicing up life is a good start. We all know, at some level, that uncertainty is important, which is why we avoid reading “spoiler alerts” before going to a movie. And yet, although we instinctively recognize the positive role that uncertainty plays, we also feel threatened by it and believe that it dampens happiness.

The first set—those who expected to know the reason for receiving the free dollar—anticipated feeling happier than the second. In fact, it was the reverse: those who didn’t learn the reason for the free dollar were happier. Summarizing these findings, Todd Kashdan, author of the excellent book Curious?, notes that “what we think brings us pleasure”—in this case certainty and control—“is often the exact opposite of what does.”

Taking control of yourself 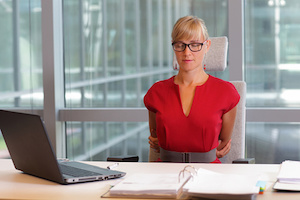 If uncertainty is important for happiness, why are we generally averse to it?

Another reason, I suspect, has to do with how much in control we are of our life. As you may have discovered from personal experience, we can’t appreciate uncertainty if we feel that our life is not in control. It’s only when life is under control—at least with regard to important things like health, relationships, and financial security—that we are capable of appreciating uncertainty.

It follows, therefore, that one way to get yourself to be in a position where you can appreciate uncertainty is to get your life under control first. A big part of this may involve not biting off more than you can chew. In particular, believing that you have enough time on your hands, it turns out, is super important. Most of us lead such fast-paced, frenetic lives that we are constantly under a time crunch. Findings show that the perception of time scarcity is a major happiness killer.

Ironically, the more successful we are in life, the more time scarcity we feel. Findings from a recent study help shed light on why this is the case. Researchers asked participants to play the role of consultants. While one set of students was paid 15 cents per minute for their time, the other half received $1.50. Later, once the project was over, these students were asked how stressed they had felt for time—and it was the higher paid participants who felt more pressure.

This suggests that one way to feel less time scarcity is to deemphasize the amount of money you make at work. Or at least desist from calculating your hourly wage rate. Another, somewhat counterintuitive, approach is to engage in social service; findings show that those who volunteer to help others tend to feel more time abundance. Yet another way of mitigating perceptions of time scarcity is through experiences of awe. Experiments show that exposure to awe-inducing images— whales, waterfalls, and the like—slows down perception of time, leading to feelings that you have more of it.

All of these approaches should, at least in theory, enhance one’s appreciation for uncertainty—and thus help mitigate the desire for control. But of all the ways of mitigating the desire for control, the one that perhaps has the best potential is to take control of yourself. Taking internal control means keeping the keys to your happiness in your own hands. It means never blaming anyone else for one’s unhappiness. It means eating right, exercising, and sleeping better.

We can’t control other people’s feelings and decisions—but we can take responsibility for our own well-being.