Americans want to be happy. The pursuit of happiness is even an unalienable right for Americans, according to the Declaration of Independence.

But some recent studies have found a paradox: The pursuit of happiness tends to make individual Americans unhappy. Did the Founding Fathers set us up for failure?

A new study sheds some light on this peculiar American contradiction, suggesting that the relationship between pursuing happiness and decreased well-being, far from being universal, may actually be a product of our individualistic culture.

Brett Ford, of the University of California, Berkeley, teamed up with researchers from around the world to look at the pursuit of happiness in four culturally-distinct locations: the United States, Germany, Russia, and East Asia. College undergraduates living in each location answered questionnaires measuring their psychological and physical well-being, their motivation to pursue happiness, and the extent to which they viewed happiness in social terms—meaning that for them happiness was linked to social engagement and helping others.

The impact of culture on the pursuit of happiness seems to be related to the way different cultures view happiness, she says. In Russia and East Asia, study participants were shown to strongly equate happiness with social relationships—something Ford says is in line with their more “collectivist,” or group-oriented, cultures. In Germany and the United States this wasn’t the case, probably a result of their more “individualistic” orientation.

This suggests that in collectivist cultures, people seek social solutions for becoming happier, says Ford. Since social ties and social connection are well-known predictors of subjective well-being, this may explain why they tend to actually feel happier.

“The fact that the socially-engaged pursuit of happiness is stronger in Russia and East Asia than it is in the US and Germany at least partially explains why those cultures are more likely to have greater well-being when they really want to pursue happiness,” she says.

This may also explain why study participants who defined happiness as social engagement tended to have more well-being, whatever their culture. Pursuing social relationships is a surefire way to make someone happier, says Ford, and lots of prior research supports this connection.

Still, it’s difficult to accept that the motivation to pursue happiness does not translate into greater well-being for Americans—even for those who view happiness in social ways. Ford speculates that being embedded in a culture that’s centered on the self—and holding a culturally incongruent definition of happiness—might lead to a sense of not belonging or of frustration.

For those who still have a typical go-it-alone American attitude, strongly desiring happiness may create a high standard—like, I must always be happy—that’s hard to meet. This leads to disappointment, which directly interferes with being happy.

“Part of the reason that wanting to be happy backfires in the US is that people get down on themselves,” says Ford. “Also, wanting happiness can make you self-focused and disengaged, and then you’re kind of lonely, and that interferes with feeling happy, too.” 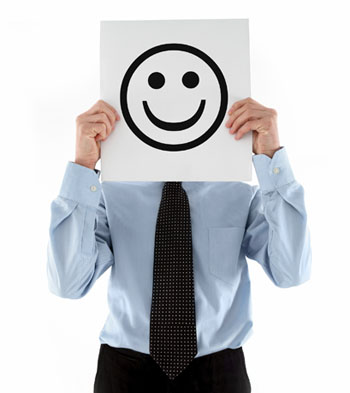 Yet, pursuing happiness is not necessarily doomed to failure, she says. Instead, it depends on whether you belong to a culture that supports social relationships as a pathway to happiness, and many do.

But, if you’re from a culture that doesn’t see happiness as socially-determined, you can try to focus less intensely on your desire to be happy and just concentrate on building social relationships—hang out with friends and family, seek out social opportunities when possible, and develop practices like compassion and gratitude, which can make you feel more connected to others.

That way, you can avoid the pitfall of pursuing happiness and beat a more direct path to well-being.

“We don’t have to discourage people from wanting happiness; we just need to give them better tools,” says Ford.