We all want to be happy. And science shows that happiness not only feels great but also predicts better physical health and even a higher paycheck.

But how do we pursue happiness effectively? After all, some recent scientific research actually cautions us against the pursuit of happiness. For instance, a study led by Iris Mauss, a professor of psychology at the University of California, Berkeley, found that people instructed to feel happier while watching a pleasant film clip ended up feeling worse than people instructed just to watch the clip. Findings like this are echoed in the popular press: Writer Ruth Whippman argued in a recent New York Times piece that the pursuit of happiness is a “recipe for neurosis.”

But is this the whole story? Are we doomed to fail at the pursuit of happiness? 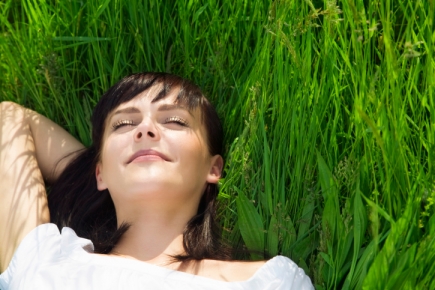 It depends. The difference between effectively and ineffectively pursuing happiness may all be in how we go about it. Research suggests that people who strive to feel happy all of the time may suffer disappointment, and people who pursue happiness as if it were the only thing that matters may, ironically, chase happiness away.

But these are not the only ways you can go about pursuing happiness. Another approach involves what I call “prioritizing positivity”: deliberately organizing your day-to-day life so that it contains situations that naturally give rise to positive emotions. This way of pursuing happiness involves carving out time in your daily routine to do things that you genuinely love, whether it be writing, gardening, or connecting with loved ones. Prioritizing positivity also involves heavily weighing the positive emotional consequences of major life decisions, like taking a new job, which have implications for the daily situations in which you will regularly find yourself. This way of pursuing happiness means proactively putting yourself in contexts that spontaneously trigger positive emotions.

For years I’ve studied prioritizing positivity, and through scientific research, I’ve found that it goes hand-in-hand with optimal mental health. That is, the people who pursue happiness by seeking out pleasant experiences as part of their everyday lives are happier. In stark contrast, people who strive to feel good every possible moment, as if it were possible to will oneself to be happy, appear to be following a recipe for unhappiness.

To test whether people are happier if they proactively seek out pleasant experiences as part of the framework for their everyday lives, I developed a prioritizing positivity scale to measure this tendency. The scale asks people how much they agree with statements such as, “What I decide to do with my time outside of work is influenced by how much I might experience positive emotions,” “My major decisions in life are influenced by how much I might experience positive emotions,” and “A priority for me is experiencing happiness in everyday life.” Together with Barbara Fredrickson and Sara Algoe, both professors of psychology at the University of North Carolina, Chapel Hill, I hypothesized that people who scored higher on prioritizing positivity would be happier and less depressed.

Why did we predict this? One reason is that prioritizing positivity involves monitoring one’s daily itinerary, not one’s moment-to-moment emotional experience. As research has revealed, the mere act of monitoring one’s happiness from one second to the next may get in the way of positive emotions. By contrast, we thought a more effective strategy would be “situation selection,” which involves approaching (or avoiding) situations that naturally trigger certain emotions. Going for a walk with your partner after dinner is one way you might use situation selection to experience a feeling of tranquility. The tendency to prioritize positivity draws upon this strategy.

We also predicted that prioritizing positivity would predict greater happiness and fewer symptoms of depression because of its relevance to daily life. The “highs” we get from one-time events like going on vacation or winning a prize wear off over time. As a result, effectively pursuing happiness may require engaging regularly in behaviors that promote happiness. By its nature, prioritizing positivity increases the chance that we will weave these positive behaviors into our daily lives rather than just maintaining a general desire for happiness or expecting it to come from a few isolated events.

To test our hypothesis that people high in prioritizing positivity would be happier and less depressed, we ran a study surveying more than 200 adults, ranging in age from 21 to 87. The adults completed the prioritizing positivity scale, as well as questionnaires measuring their levels of positive emotions, negative emotions, symptoms of depression, and life satisfaction.

We also administered a questionnaire measuring the extent to which they value happiness to an extreme, obsessive degree—they had to indicate how much they agreed with statements such as, “How happy I am at any given moment says a lot about how worthwhile my life is” and “I value things in life only to the extent that they influence my personal happiness.” This scale measures a way of relating to happiness that previously has been shown by Iris Mauss and her colleagues to predict less happiness and more symptoms of depression. Our team wanted to replicate this effect and also pit prioritizing positivity against the extreme valuing of happiness. Would only one of them be positively related to emotional well-being?

So what are the real-world implications of these findings? The science on the deliberate pursuit of happiness is young, so any prescriptions for happiness must be offered with the caveat that the research is still evolving and conclusions might be subject to change. So far, however, I do have some speculations, based on my research, about how people might more effectively pursue happiness.

First, let go of extreme ways of relating to your happiness. Don’t set the unrealistic goal of feeling positive emotions all—or even most—of the time. Just because you’re striving to experience happiness doesn’t mean you should be striving to feel joy, contentment, gratitude, peace (or any other flavor of positive emotion) every second of the day. This is unrealistic, because life invariably contains hassles and disappointments—and, for many, chronic stress. The negative emotions that arise from negative life events, big or small, are natural and help us better understand ourselves—they provide vital information about what we value and what might need to change in our lives. For instance, feeling a wave of anxiety about your physical health may actually motivate you to improve your dietary habits.

Letting go of wanting to feel happy all the time also encourages less self-consciousness about happiness. This may be helpful because many peak, pleasant experiences, characterized by total absorption in an activity, a phenomenon known as “flow,” are marked by a lack of self-awareness.

Second, reflect on the activities that give you joy or contentment. This thought experiment should be highly personalized. For some, the activities that spark happiness are cooking elaborate meals and attending public lectures. For others, the activities are watching basketball and going to their children’s soccer practices. (If you have trouble coming up with ideas, here are two activities that, research has shown, elicit positive emotions in most people: connecting with a loved one and doing something physically active.)

Finally, once you think of a couple of activities, schedule them into your upcoming week. To ensure that you actually do them, consider transforming the activity into a social obligation. If running is something you enjoy, set up a specific time to go running with a friend, so that you’re more likely to follow through. Repeatedly incorporate these activities into your daily life; they don’t have to assume large blocks of your time. If carving out even 20 minutes each day to read a novel inserts a dose of tranquility into your life, then incorporate this ritual into your daily routine.

The pursuit of happiness is not easy. If people attempt it with unrealistic expectations and too much attention, they risk sabotaging it. But this doesn’t mean you should give up on trying to be happy. It may be more effective to adjust your daily routine so that it includes activities that naturally spark interest or contentment. Seeking happiness, although a delicate art, may still be a worthwhile pursuit.