Everyone keeps secrets, at least occasionally. That’s because we all have inner thoughts and feelings that either are not worth sharing with others or would hurt us or another person if they were revealed. 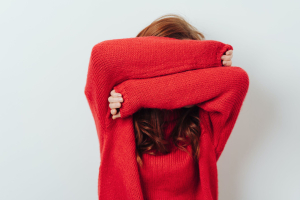 But does keeping secrets come at a cost to our well-being?

Researcher Michael Slepian, author of the new book The Secret Life of Secrets, explores this question in depth and comes up with some provocative answers. He uses an illustrative example from his own life—learning as an adult that his father was not actually his biological father—to illustrate how keeping secrets can sometimes cause distress or affect our relationships in profound ways. Through summarizing his and others’ research on secrets, he helps readers better understand why people keep secrets, how it affects their well-being, and when it’s best to reveal secrets to others.

The secrets people keep—and why

According to Slepian, a secret is something about yourself or something you did that you hide from one or more people purposefully, distinguishing it from something you merely want to keep private. For example, we might keep private that we love having the house to ourselves when our spouses leave town—something pretty innocuous, yet personal. But we might keep secret that we went to a pickup bar and had a drink with a stranger when they left town last week—something we wouldn’t want them (or possibly anyone) to know.

Slepian asked hundreds of people about their secrets and created a sort of taxonomy of secrets, ranging from hurting another person (emotionally or physically) to past drug use to unusual sexual preferences to one’s qualifications for a job and more (34 more categories, to be precise). Then, he surveyed more than 50,000 people from around the world to find out where their own secrets fit in and found that 97% of them had at least one secret from the list. Common sources of secrets included lies, romantic desire, infidelity, and finances, while the least common sources were sexual orientation, pregnancy, a marriage proposal, and abortion.

“Far from being what makes us different from others, secrets are what we have in common,” Slepian writes.

The average number of secrets held was 13, with most people having five secrets they’d never told anyone and eight they’d confided to at least one person (but intended to keep from others). While our culture plays a role in whether we keep secrets or not, Slepian says, the category of our secret matters more for deciding that—as well as how much we suffer from our secrets.

One of the biggest reasons we keep a secret is that we feel shame around it and fear we’d be judged if it came to light. The more immoral we feel our secrets are, the less likely we’ll share them with others. However, shame is a difficult emotion to live with, which is why people sometimes eventually spill even their most shameful secrets.

“The more immoral you judge your own secret to be, the more that secret evokes shame, [the more the secret] is associated with a heightened tendency to repetitively think about the secret, and feel less capable of coping with it,” writes Slepian.

People also keep secrets to avoid conflicts and protect their relationships, he says. For example, you may not reveal you voted for Biden when having Thanksgiving dinner with your conservative family; or you may not reveal to your spouse that you were molested as a child and don’t enjoy sex.

Another reason to keep secrets is that revealing one could harm our personal or professional goals. After stretching the truth on a resume, we wouldn’t likely confess that to a potential employer questioning our qualifications. Likewise, if we have a secret ambition to become a poet, we might not feel like sharing that with others, in case they might belittle or discourage us.

Why reveal a secret

While there is nothing inherently wrong with having secrets—it depends a lot on what the secret is and what revealing would involve—the more burdensome it is for you to keep to yourself, the more likely it will affect your well-being. If a secret causes you to feel a lot of shame or to ruminate on negative aspects of yourself, it’s probably good to pay attention and figure out what you can do differently to cope. 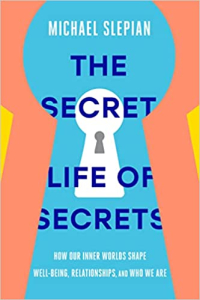 The Secret Life of Secrets: How Our Inner Worlds Shape Well-Being, Relationships, and Who We Are Crown, 2022, 256 pages.

On the other hand, people with secrets often choose to think about them, because they want to understand what happened and what they can learn about themselves. As in the case of dealing with trauma, expressive journaling can be a good way to explore your experience, bring some perspective to it, and help you move forward emotionally.

But, if that’s not resolving the issue in your own mind, it might be a good idea to confide in someone you trust. Usually, people think better of us than we expect them to, says Slepian, and they will more likely empathize than judge. Plus, a trusted confidant may be able to offer an outside perspective that helps you—whether that’s a close friend, your partner, or a therapist.

“People don’t like to be alone with their thoughts, and having a secret can evoke feelings of shame, isolation, and uncertainty,” writes Slepian. “The more people tend to turn inward during times of struggle, the more prone they are to ruminate, and both of these unhealthy tendencies are associated with secrets inflicting greater harm as people try to grapple with them.”

If you decide to keep a secret, you may have to go to great lengths to hide any physical evidence or carefully monitor yourself in case something “slips out.” For example, a person who has decided not to come out to friends as gay may date people of the opposite sex or hide their identity in other ways to avoid giving themselves away.

However, the act of hiding is not necessarily what brings you psychological harm, says Slepian. Instead, it’s the way that keeping a secret from others can make you feel isolated and less connected to them. Especially among intimate friends and romantic partners, being secretive can create emotional distance—and make you feel inauthentic, as well.

“Often, when we keep something from a partner, we believe we’re doing so for the good of the relationship—to avoid conflict or to spare the other person’s feelings,” he writes. “But while keeping a secret from your partner may prevent whatever imagined reaction you expect from them, it has the potential to do more harm than good.”

So, is there any surefire rule of thumb that helps us know when to keep a secret and when not to? Not exactly, though Slepian does advise people to reveal secrets that will likely come to light anyway—and the sooner the better. Your reputation could be ruined by a secret, and it might be better just to come out with it and apologize for past behavior rather than try to hide it.

Why keep a secret

There are some situations when it might be better to keep a secret, though. Slepian provides a few guidelines:

Leave past mistakes in the past. If you did something morally wrong in your past, there’s no need to confess it to others, unless not doing so hurts another person—like if you’ve given false testimony and put another person in jail because of it. You may feel guilty about what you did no matter what. But it’s better to focus on how you’ve grown since your mistake—the lessons you’ve learned from the experience—and to promise not to make the same mistake twice than to beat yourself up over past wrongs.

Look for ways your secret benefits others. Keeping a secret may actually be a kindness to another person. So, before revealing a secret, Slepian suggests asking yourself, “What impact would telling your secret have on those around you? Could someone get hurt?” If you think sharing a secret would cause unnecessary harm to someone, that’s a good reason to keep it to yourself. You may have to suffer the burden of it, but it’s better than making others suffer, too.

Recognize your reasons. Even if living with a secret is difficult, you may still have good reasons for keeping it—and that’s important to recognize. As an example, Slepian mentions the case of Edward Snowden, who kept secret his plans to reveal government surveillance programs to the world in order to bring to light something he saw as immoral. Knowing why he was doing it and the good it might lead to helped him manage the burden of doing so.

Sometimes, keeping a secret is the more noble path to take, Slepian writes:

If the secret drags on your well-being, even just occasionally, take a close look at that hurt, and try your best to understand it. Now consider that perhaps keeping the secret does not cause harm to anyone else. Perhaps your secret protects someone you care about. Or maybe you have your reasons for keeping the secret. If one of these seems closer to your situation, then that is your coping resource, your lifeline.

And, ultimately, the choice is and always should be yours to make.