When videos go “viral,” they quickly get a lot of views on the internet, often through rapid user sharing on social media.

The content of those videos varies a great deal, and they can be a mixture of user-generated content or carefully planned advertising. For example, the Old Spice marketing campaign in 2010 became a viral internet sensation, with the commercial shown at the Super Bowl XLIV and the response campaign viewed 5.9 million times on the first day alone, which was more than Obama’s victory speech in 2008. This made Old Spice the number one-selling brand of male body wash in the United States by the end of 2010. 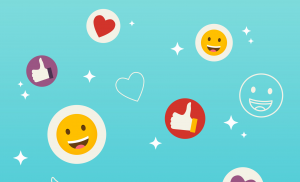 Generally, research has shown that videos that create very strong emotional responses (positive, such as joy or awe, or negative, such as anger or anxiety) are more likely to be shared. If you are watching a video or reading an article that gets your blood pumping and you feel excited and happy or in awe, or maybe even angry, you are more likely to take the time to share it with others, according to research.

But what exactly are the attributes of such videos that become viral?

This is a question my research team and I wanted to investigate by looking specifically at inspiring (rather than anger-inducing or hilarious) media content.

Without a doubt, inspiration comes in many forms. But independent of its origin or source, the experience of inspiration is remarkably similar for all of us: We feel touched or moved, our hearts grow warm, we may even get teary-eyed, and we are motivated to better ourselves. Feeling inspired gives us energy we did not think we had and pushes us to think beyond pursuing our self-interest to helping others. Research shows that feeling inspired has a direct impact on our well-being, which makes it an important experience to seek out for those striving to live a fulfilled life.

We know from research in psychology—including work conducted by GGSC founding director Dr. Dacher Keltner—that there is a specific set of environmental elicitors that are consistently associated with inspiration. These include things like beautiful nature, art, vastness, religious traditions or symbols, gifts, and kindness. We can also be inspired when we see other people—including media characters—expressing an appreciation for beauty or excellence, acting thankful, or portraying exceptional skills, encouragement, perseverance, and triumph over setbacks.

Knowing about these elicitors, my research team and I went out on a scavenger hunt and analyzed more than 21 hours of YouTube videos, 53 hours of TV shows, 104 hours of film, 7,255,860 words of New York Times articles, and 3,733 Facebook posts to find out which of those elicitors may be more or less likely to make content go viral. Here is what we found:

These findings are interesting for content creators looking to create “viral” content and consumers alike. Anger-inducing content is still likely to be shared. But if we think about the impact of media on the consumer, it is good to know that inspiring content, particularly the kind that could benefit our well-being in the long run, can go viral as well.

It is up to us to jump onto the negative or positive bandwagon of viral media. I’d rather work on increasing my well-being instead of nurturing my tendency to be negative and outrageous—and I want to improve the well-being of people around me, too. Hope is surely something we all may want an extra dose of these days.