The research on grit is compelling for educators: Students with high levels of grit are more successful in both academic and non-academic pursuits.

Given these findings, what teacher wouldn’t want to hop onto the grit-bandwagon and start teaching it? 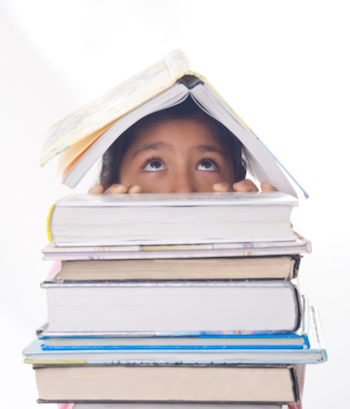 But—as I wrote a few weeks ago in “What’s Wrong with Grit?”—a closer examination reveals that teaching grit requires more than just having students set a long-term goal and then doing whatever it takes to meet that goal. Even leading grit researcher Angela Duckworth admits that we don’t actually know how to teach grit.

But Duckworth also states that grit requires self-discipline and self-control, both of which are heavily regulated by emotions. In fact, emotion researcher Richard Davidson has found that cognition and emotion work together in a seamless and integrated way to help us persevere on a task.

Thus, when the going gets tough—as expected in any type of goal-pursuit—negative emotions and the thoughts and beliefs that go along with them might make some students give up more easily. Furthermore, research on hopefulness, which is all about goal-setting, has found that hopeful students use more positive self-talk, helping them to stave off negative emotions when they hit obstacles to their goals.

Hence, teachers who want their students to be more “gritty” need to be aware of students’ inner lives as well as the outer steps being taken to reach their dreams. In other words, they need to help them cultivate both their cognitive and emotional skills—and on those fronts, educators have quite a few research-tested practices to draw upon. Here are two:

1. Teach students about the impact of thoughts and beliefs on their ability to succeed. Students who have created a habit of telling themselves that they are bad at everything and that failure is inevitable will have a hard time with grit. But research has shown time and again that thoughts and beliefs can be changed.

Carol Dweck’s work on fixed and growth mindsets is perhaps the most well-known example of how our beliefs about how we learn affect our success. So if you’re already teaching these mindsets to your students, keep doing it! But teachers who want to go even deeper into how our thoughts affect our actions might consider teaching students about optimism.

Amy Lyon, a fifth grade teacher from New Hampshire, created a yearlong grit curriculum based on University of Pennsylvania professor and co-founder of Positive Psychology Martin Seligman’s book The Optimistic Child. Calling upon many years of research, Seligman argues that optimism is a skill that can be taught by changing how we view the setbacks we encounter in life. He also notes that both parents and teachers need to model and teach these skills because children learn either pessimism or optimism from the adults in their lives.

“A pessimistic person,” writes Seligman, “believes that setbacks are unchangeable and will undermine many areas of her life. She believes that she—not circumstance, not change, not others—is the sole cause of these setbacks and that she suffers from a characterological flaw that will doom her to a life of missed opportunities, failed relationships, mediocrity, and loss.”

To teach optimism, Lyon instructs students to become aware of their thoughts through a tool called a “grit pie.”

The pie itself represents a student’s obstacle and each slice represents a realistic cause of the problem. Students analyze whether their thoughts about the problem are permanent (“I stink at math and will never get good at it”) or temporary (“I was distracted by my friends”) and whether they blame themselves (“I did not ask for help when I was confused by my math problems”) or others (“the teacher doesn’t like me”) for the problem. Ideally, students’ thoughts are temporary and take at least some personal responsibility for the problem—both of which make it much easier for the student to make positive change.

2. Teach students how to work with their emotions. Just changing our thoughts is sometimes not enough for students—particularly if they have a tendency to get anxious or appear depressed or perhaps come from a traumatic home environment. Indeed, scientists have found that grit negatively correlates with the stable and therefore long-term personality trait neuroticism, or the tendency to feel higher levels of anxiety, depression, anger, or guilt. In other words, students who have lower levels of grit may be more prone to negative emotions and vice versa.

For example, when a student who holds the belief, “I am bad at math, therefore I am a bad person” (a common belief amongst some students who fear failure) faces an obstacle, emotions such as fear, despair, or anger may arise so quickly that the student doesn’t have time to change his or her thinking to fend off the emotion. Thus the student has been what Daniel Goleman calls, “emotionally hijacked” and needs to calm the emotions before dealing with the thoughts and beliefs that caused the emotions in the first place.

To help these students, educators should first teach them to recognize and label emotional responses so that they become aware when their emotions are spinning out of control. They should then follow this with methods for calming difficult emotions. Research has shown that mindfulness practice is an effective method for regulating emotions. Students themselves may suggest ways to deal with emotions, such as exercise, talking to a friend, or writing in a journal.

Once students have calmed down, educators can help them “cognitively reappraise” the situation—as taught in Seligman’s book—in order to change the thoughts and beliefs that caused the negative emotions in the first place.

Emotion researchers have found cognitive reappraisal to be the ideal method for regulating difficult emotions. The other way people regulate their emotions is through suppression—and teachers need to be aware of students who might be doing this, gritty or not. Researchers have found that over time suppression can lead to higher levels of depression and anxiety, and may negatively impact relationships.

People who appear to have higher levels of grit may actually be using emotion suppression to get through the tough obstacles, particularly if attaining goals is seen as a way to survive (“I have to get into an Ivy League college, otherwise my parents will think I’m a bad person”) rather than a way to thrive.

Helping students cultivate positive emotions will also increase their ability to bounce back from obstacles and the negative emotions that often ensue. For example, researchers have found that highly resilient children use humor as a way to deal with stressful situations. Good-spirited humor not only fosters positive emotions, it also connects us to others, thereby helping us to maintain strong and positive social support networks—which we all need when going for those long-term goals.

Sharing positive events with each other can also give students a boost in positive emotions. If students dwell on a positive event—called “savoring” by scientists—then they are more likely to call upon that event, and hence the positive emotions generated by that event, in difficult times. Savoring has been found to not only give us a boost in well-being, but also to broaden our thinking, thus making us better problem-solvers.

Perhaps one of the unseen benefits of teaching these “grit skills” is that students will also gain a better understanding of who they are as human beings. And then hopefully along the way they will develop more empathy and compassion for those around them who may be struggling to reach a goal—making everyone a winner in the end.

Sections of this article were first posted on Edutopia.org.