It’s a strange time to be an American.

Celebrated as one of the most optimistic people in the world, the majority of us now feel pessimistic about our nation’s future and our ability to address big problems like climate change. 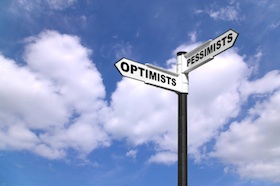 And yet when it comes to our own personal future—my vision of my life, your sense of yours—we are still deeply, resolutely, downright stubbornly optimistic.

How is it that we can hold these two perspectives at the same time: optimism for me, pessimism about we? Is it healthy—or even realistic—given that our personal lives are intrinsically connected to our collective one? And are there any advantages to this kind of double vision?

Recent research on private optimism and public pessimism offers some intriguing insights and points to a few provocative implications: Optimism has a downside—and a little pessimism might even help us to face threats to everyone’s well-being.

Believing in a better future is bred in the bone for most Americans. No matter what goes wrong today, we really do think that the sun will come out tomorrow. In fact, a study of three-dozen countries reveals that Americans rank first in optimism.

Yet for a little more than the past decade, we have had a deeply pessimistic sense of our shared future. While it is not unusual to think more negatively about the nation’s future than one’s own, what is different now is the depth, breadth, and duration of our current pessimism. It is, as pollster Mark Penn has written, possibly the longest running wave of pessimism in American history.

Slightly more than half of us think that the environment is getting worse, and only poor to fair to begin with, according to research conducted by Pew Research Center. And a 2013 poll conducted by Penn Schoen Berland and Burson-Marsteller reveals that six out of ten Americans think:

Our collective pessimism is so entrenched, in fact, that even when things improve—as they have on the economic front—we remain overwhelmingly cynical.

Yet an even greater majority, or seven out of ten Americans, report being fiercely optimistic about their own future and the future of their families, according to a 2013 Gallup poll. Most of us still believe that we can achieve anything through hard work. And our optimism carries on into old age, as three out of four seniors anticipate that their next decade will be as good or better than their present one. 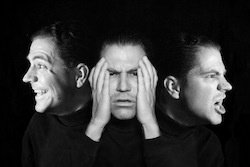 So what explains the apparent disconnect—and how can we hold both views at once?

There are, of course, many reasons to be concerned about the state of the world today. We live in an age of an uncertain global economy, sophisticated terrorism networks, rising poverty and hunger, growing economic inequity, skyrocketing health costs, an education system surpassed by many other nations, and the seemingly catastrophic threat of climate change. Meanwhile, in our nation’s capitol, the rising influence of money in politics has led to a new low: Congressional deadlock.

In short, in the face of many serious and in some cases unprecedented global problems, we have a government that few of us trust to solve them, and a media that remind us, 24/7, of what is going wrong. As Elizabeth Wurtzel, author of Prozac Nation, tweeted this month: “I often feel like America has become the land of 300 million people yelling fire in a crowded room.”

But if it is hard not to feel pessimistic about our collective future, what explains our tenacious optimism about our own personal lives? Research points to two causes.

The joy of control

If you were asked whether you would be more optimistic that you could lose ten pounds or that America could combat its obesity epidemic before Michelle Obama leaves the White House, chances are you would bet on yourself. And the reason is simple: We tend to be more optimistic about the things we think we can control.

Martin Seligman, the father of positive psychology, is one of the most influential thinkers to connect the dots between optimism and control through his work on depression and learned helplessness. But numerous recent studies demonstrate the point on subjects ranging from personal finances to health and wellbeing.

For example, one study of people with Parkinson’s disease found that those who had an internal locus of control (they tended to believe that they were primarily in charge of their own lives) experienced lower levels of disability and higher levels of mental health than those with an external locus of control (they believed that fate, luck, or powerful others were the primary influencers on their lives.)

Going even further, a 2013 study identified a correlation between locus of control and mortality, finding that people who increased their perception of personal control tended to live longer.

And another paper found that people who believed that they were in charge of their own lives were less despondent and more optimistic after the 2008 economic crisis than those who believed their fates largely rested with others.

It appears, in other words, that there is a virtuous cycle between an inner locus of control, optimism, and actual well-being. But there is also more to the story of personal optimism than that.

There are two reasons for this. “One is our delusion of control,” says Sharot. “We think we have more control than we do to steer the wheel in the right direction.”

The other is that we tend to see ourselves as better than average. “In that sense,” she adds, “we are motivated to see ourselves as doing well in the future and to think that other people will not do as well. Our relative value increases as we think of others doing worse.”

Yet this is not just a superficial “feel good” dynamic. As the health and personal finance studies reveal a connection between an internal locus of control and improved health and wellbeing, our optimism bias also brings clear benefits.

“The optimism bias protects us from accurately perceiving the pain and difficulties the future undoubtedly holds, and it may defend us from viewing our options in life as somewhat limited,” Sharot writes.

This provides some clear-cut benefits: less stress and anxiety, better physical and mental health, and stronger motivation to act and be productive.

But as advantageous, perhaps even essential, as the optimism bias is, might excessive optimism also create problems—especially since we are largely unaware of our bias?

The answer, of course, is yes. On a personal level, it can lead us to skip the sunscreen because, surely, we won’t get skin cancer. Collectively, it can blind us to the potential for grand negative outcomes, such as the mortgage defaults that contributed to the 2008 recession. 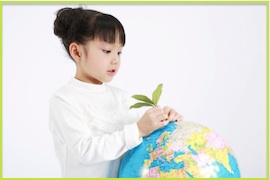 Excessive personal optimism can also seduce us into blithely imagining that our personal good fortune will be unaffected by collective problems such as unchecked income inequality and climate change—and, as a result, neither do anything about them, nor insist that our elected officials do something about them.

So what is a sunny optimist to do about the sorry state of world? And is there a sturdy, perhaps even an empowering, bridge between how we view our personal and collective lives?

I have thought about these questions for nearly a decade. They hit home for me when I became a mother for the second time. If parenting my first child had been largely about learning how to parent—very much in the midst of one developmental rite of passage or another—parenting two children led me to think more about the future. Their future.

Perhaps this would not have happened if the world didn’t suddenly seem so uncertain and troubled. But when scientists spoke about what might happen in 2040 or 2050 if we failed to collectively tackle climate change, I thought: You mean, in my children’s lifetime.

And, with that, the false dichotomy between my personal world and our collective one collapsed; and I felt deeply moved to find some way to engage in this collective issue of our time. I also felt the stirrings of that quintessentially optimistic “can-do” American spirit. If we could rise to the challenge of Hitler, the Cold War, and the Great Depression, surely we could rise to the challenges of our times.

One of the surprising things about the relationship between personal optimism and collective pessimism, Sharot has observed, is that we tend to become more optimistic about our collective future—not when things are going well but, rather in the immediate aftermath of a crisis. We saw this dynamic at work after the economic crisis of 2008, when Americans elected Barack Obama on a platform of hope.

It is in those moments that we seem to grasp that for our own personal fates to improve, our collective ones must, as well. And so we instinctively bring some optimism to the table, which proves not only one of our most inspiring tools but an often self-fulfilling one at that.

So rather than feeling down about our pessimism, as it were, perhaps we can find cause to trust more in the fact that we can learn to see and value the points of connection between our personal and collective fates. We can enjoy the sense of empowerment, or greater inner locus of control, that sometimes arises when we do. And we can remember that our “can-do” mentality applies as well to our collective problems as our personal ones.