“I disagree with myself.” This is what a third-grade boy said in front of his math class during a discussion about even and odd numbers. He believed six was both even and odd. When one classmate presented counterevidence, he considered her point. “I didn’t think of it that way,” he said. “Thank you for bringing that up.”

This third grader was exhibiting intellectual humility—recognizing the limits of his knowledge and valuing the insight of someone else. In a culture in which confidence is admired and mistakes mocked, his admission is commendable. But does such intellectual humility have any real benefits for learning? 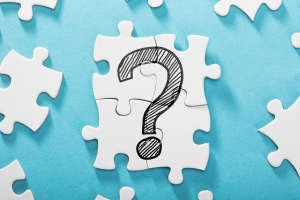 On the face of it, maybe not. University professors, some of the most learned individuals in the world, are not generally known for their intellectual humility. And plenty of successful scientists, CEOs, doctors, artists, and political leaders master their trades without appearing to develop much intellectual humility.

Then again, as Nobel Prize–winning astrophysicist Subrahmanyan Chandrasekhar noted, believing that you “must be right”—in other words, lacking intellectual humility—can actually stymie discovery, learning, and progress.

Given this puzzle, my colleagues and I set out to test whether intellectual humility was empirically associated with learning outcomes.

We started by measuring high school students’ intellectual humility. We had students rate themselves on statements like “I am willing to admit it when I don’t know something” and “I acknowledge when someone knows more than me about a subject.” We wanted to know: Would this intellectual humility relate to students’ motivation to learn, their learning strategies, and even their grades? What’s more, would teachers observe any differences between students with differing levels of intellectual humility?

Those who read the benefits-of-humility article reported higher intellectual humility than those in the other group. What’s more, in a follow-up exercise, 85 percent of these same participants sought extra help for an area of intellectual weakness. By contrast, only 65 percent of the participants who read about the benefits of being certain sought the extra help that they needed. This experiment provided evidence that enhancing intellectual humility has the potential to affect students’ actual learning behavior.

Because we observed that intellectual humility boosts learning, we wondered how to foster it.

It makes logical sense that intellectual humility would come more easily to those operating in a growth mindset. When people adopt a growth mindset, they tend to believe that even if they don’t know something, they can learn it and improve their intelligence. They believe they can get smarter, and being humble is one strategy for doing that.

We ran an experiment to test this prediction. We found that when we temporarily induced a growth mindset of intelligence, participants’ self-rated intellectual humility was enhanced (at least temporarily). This suggests that teaching students a growth mindset of intelligence may be one way to increase intellectual humility and its related learning benefits.

Of course, there’s a lot about intellectual humility that we don’t yet understand. But the burgeoning empirical research suggests that intellectual humility can benefit learning and perhaps bridge ideological gaps. We all, not just school-age children, might be a bit better off by learning to say “I disagree with myself” every now and then.