Pride is often considered a negative force in human existence—the opposite of humility and a source of social friction. It’s even been called the “deadliest sin.”

But is it? Not according to psychologist Jessica Tracy, author of the new book Take Pride: Why the Deadliest Sin Holds the Secret to Human Success. She argues that pride, like other human emotions, is part of our evolutionary heritage, helping us to survive and thrive in cooperative societies by inspiring us to be the best humans we can be. 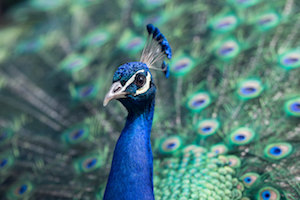 Pride makes us feel good, and it’s an indication to ourselves that we are behaving in a way congruent with the values of our society, says Tracy. The pride display—chest out, head back, and a slight smile—is recognizable in cultures around the world, she adds, connoting status, encouraging deference from others, and motivating us to work hard to gain approval from our communities.

“Pride makes us care about how others see us and—just as important—how we see ourselves,” she writes. “It makes us want to feel good about ourselves and make sure others look up to us, admire us, and see us as competent and powerful.”

Tracy argues that those who regularly experience pride tend to be “outgoing and friendly, agreeable, calm and anxiety-free, creative, and popular,” and “are generally communally oriented, meaning they place a high value on their relationships and friendships.” In this way, having pride can lead us to feel competent and accepted in our social groups.

She recounts results from several research studies to help demonstrate the ways pride impacts us behaviorally and socially. In one study, participants were experimentally induced to feel pride by being told that their scores on a rather boring cognitive test were especially high. Later, those students voluntarily worked on an unrelated problem set twice as long as the students who were not induced to feel pride for the same scores, suggesting that pride motivated them to persevere.

According to Tracy, children and adults will seek knowledge from people who show pride displays, because proud people are assumed to have expertise underlying their pride. Therefore, pride helps to drive cultural learning, because it helps us figure out who can teach us about our world. And pride attracts mates, which is how it has been selected for in humans as well as animals throughout evolution.

The dark side of pride

But that doesn’t mean that pride is all for the good, Tracy says. It has a dark side, too, when it leads to hubris—meaning, self-aggrandizement at the expense of others.

Hubris, she says, is pride that has been falsely assumed without merit in order to drive away an inner sense of insecurity. If individuals inflate their importance, take credit for others’ achievements, bully others, or act hostilely and aggressively toward anyone who questions them, it’s a sign that pride has turned to hubris and is hiding a wounded narcissistic personality, she says. Those with hubris are more vulnerable to shame, and “tend to have fraught relationships and few close friends.”

“The pride that narcissists experience—a pride that’s best summed up with words like arrogance, conceit, and, in Italy, orgoglio—is not about feeling good; it’s about avoiding feeling bad,” writes Tracy.

She points to Donald Trump as an example of someone with hubris, in part because he brags about things he hasn’t actually done and acts aggressively toward anyone who tries to question his accomplishments. Yet his popularity may be due to the way that pride—even hubris—is linked in people’s minds to power and expertise, and can lead to deference from others.

Interestingly, Trump’s hubris may be related to what some see as his insensitivity and racism toward outgroups, like women and minorities. In one study recounted in the book, participants were induced to feel either genuine pride—by recalling a time they felt confident and accomplished—or hubristic pride—by recalling a time they felt pretentious and superior. Then the participants were asked to set bail for a fictitious gay male prostitute who was under arrest. Those feeling authentic pride set significantly lower bail than those with hubristic pride, suggesting that authentic pride made them less likely to indulge in prejudice and more likely to show empathy.

Yet even hubris has a function, suggests Tracy—otherwise, it would not exist. She has found in her own work that group members displaying pride—authentic or hubristic—are often designated as leaders. And, perhaps surprisingly, she’s found that hubristic leaders have better group outcomes at certain tasks—those that involve deductive reasoning—even if group members tend to dislike them and hate being part of their group.

On the other hand, leaders showing authentic pride have better group outcomes at tasks involving creativity or innovation and tend to be better liked, with people in their groups enjoying their tasks more.

“If a company hopes to foster creativity and diverse thinking among happy, confident, and psychologically healthy workers, then hiring prestigious [authentically proud] leaders should be a paramount goal,” she writes.

How to cultivate authentic pride 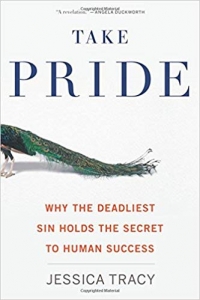 Can authentic pride lead to hubris? It depends, says Tracy. If you feel authentic pride and it inspires you to do good by your community’s standards, great. But if you start feeling the need to live up to others’ expectations, and lie or cheat to earn their admiration, chances are you are leaning toward hubris. She points to the bike racer Lance Armstrong as an example of someone who chose that path.

To avoid pride slipping toward hubris, Tracy suggests that you become aware of times you are taking too much credit for accomplishments and be sure you are tempering somewhat your emotional display of pride around people you care about. She warns people not to lose their heads over the positive regard they receive for their accomplishments.

“When we start to receive the external benefits of our authentic pride—be they increased status, fame, or fortune—it becomes exceedingly easy to forget that these outcomes are indirect consequences of striving to be a certain kind of person,” says Tracy. “The temptation to forget…and instead do whatever it takes to get those rewards—even if this means cheating, lying, or faking—is strong.”

In other words, authentic pride might take work, but it’s worth it. If we continue to use pride as motivation to better ourselves and to help our communities—not to build up our own egos—we will not only enjoy prestige, but we will help make a better future for everyone.