Eight years ago, I stumbled into the unusual career of advising extraordinarily wealthy people on their charitable activities. My clients had made enough money to give in a significant way—sometimes millions or even billions of dollars—and part of my job was to listen to their stories of what moved them to do what they do, probing deeply to understand their values and motivations so that I could guide them toward giving in the most appropriate way. 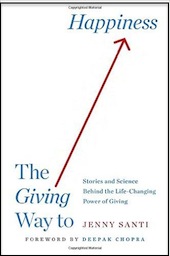 This essay was adapted from The Giving Way to Happiness: Stories and Science Behind the Life-Changing Power of Giving (Tarcher, 2015)

Often during these conversations, I was surprised to see that finding the right path to giving seemed to make my clients incredibly happy. Sometimes, it moved them to tears.

My work has also put me in touch with many people from the social sector—social entrepreneurs, nonprofit professionals, young students, and volunteers. Not all of these people had a lot of money to give away; but many gave their time, their talents, and a big part of their lives to something that mattered deeply to them. Again, I was struck by something I observed: Every time they spoke about their work, regardless of how little they made or how grim the issues they were addressing, these people radiated with purpose and joy.

This is what the research predicts. Studies have shown that we are hardwired to give—it lights up the pleasure centers of our brains, giving us a “warm glow” feeling, sometimes called “the helper’s high.” A 2008 study by Elizabeth Dunn of the University of British Columbia found that spending money on others promotes happiness more than spending money on oneself. Indeed, working in philanthropy has shown me that many givers start giving because they are moved by a cause, but they endure because giving brings them happiness and fulfillment.

But it’s important to remember that giving doesn’t always feel great. Too often, donors get disenchanted, charities are cheerless, nonprofit workers burn out, and getting asked repeatedly for money just becomes annoying. Yet it doesn’t have to be that way! In my new book, The Giving Way to Happiness, I tell the stories of some of the extraordinary givers I’ve met in my work, and share how—through giving their time, talents, or treasures to others—people are discovering their purpose, elevating their careers into callings, recovering from painful experiences, becoming closer to loved ones and friends with whom they share a common passion, and finding meaning beyond material success.

Here are some of the tips in my book that will help you avoid the pitfalls of giving while helping you to maximize your experience so that you, too, can give not until it hurts, but until it feels great:

Our passion should be the foundation for our giving. It is not how much we give, but how much love we put into giving that makes it fulfilling. It’s only natural that we will care about one cause and not so much about another, and that’s okay. It should not be simply a matter of choosing the right thing, but also a matter of choosing what is right for us.

To identify your passion, ask yourself these questions: What experiences have shaped your life? When you were in school, what did you most enjoy studying? What is your greatest accomplishment, your greatest loss? What keeps you awake at night? What brings you to tears, makes you angry, or moves you?

2. Give your time and give it in chunks

The gift of time is often more valuable to the receiver and more satisfying for the giver than the gift of money. We don’t all have the same amount of money, but we all do have time on our hands, and can give some of this time to help others—whether that means we devote our lifetimes to service, or just give a few hours each day or a few days a year.

If you have limited time to give, it may be better to “chunk” your giving to maximize happiness. In a study led by UC Riverside psychologist Sonja Lyubomirsky, people performed five random acts of kindness every week for six weeks, but one group performed all of their kind acts in a single day each week while the other group sprinkled them across five days each week. At the end of the six weeks, despite performing the same total number of helping acts, only one group felt significantly happier: the “chunkers.”

3. Give to organizations with transparent aims & results 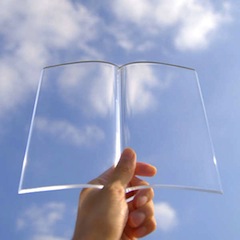 According to Harvard psychologist Michael Norton, co-author of the book, Happy Money, “Giving to a cause that specifies what they’re going to do with your money leads to more happiness than giving to an umbrella cause where you’re not so sure where your money is going. You really want to feel like you’re having a specific impact on somebody when you give.” There are thousands of worthy charities, and we should not feel bad about taking our time in choosing where, how much, and how we want to give.

But it’s important to remember that giving is not risk-free. There is a likelihood of failure. Even the best projects led by the most dedicated people can fail, or even unwittingly make things worse. To mitigate risks, it is important to conduct due diligence on potential recipients and partners, and find opportunities for you to be involved hands-on with the causes that you are supporting.

4. Integrate your interests & skills with the needs of others

Recognize where your interests lie and where the need is. Educate yourself about whatever cause you care about, whatever most resonates with you, and then see how your voice, your money, or your time can make a difference. If you have a special skill that could further a cause, that’s the one to apply to your philanthropic giving. You’ll be much happier and more effective that way.

“Selfless giving, in the absence of self-preservation instincts, easily becomes overwhelming,” says psychologist Adam Grant at the University of Pennsylvania’s Wharton School of Management. It is important to be “otherish,” which he defines as being willing to give more than you receive, while still keeping your own interests in sight and using them as a guide.

When choosing which organization to support, be aware of its organizational culture. Many people overlook the fact that the satisfaction of giving often has much to do with the culture of the organization and not just its focus area. For example, it is overly simplistic to assume that if you love animals you should volunteer for an animal welfare charity. There are many charities with different strategies handled by different personalities. Do your research.

Kat Rosqueta, founding executive director of the Center for High Impact Philanthropy at the University of Pennsylvania, says, “When I think of the folks who are successful in making a difference and are clearly deeply satisfied, they are not lone rangers. They view themselves as part of a community. The sense of belonging to a community keeps people committed.” And, being connected to other people in a positive way—as in doing charity work together—can also be a great prescription for happiness.

6. Be proactive, not reactive

We have all felt the dread that comes from being cajoled into giving, whether from a cashier asking us to add a dollar to our bill for the store’s chosen charity or from aggressive street fundraisers with clipboards in hand. In these cases, we are more likely to give to avoid public humiliation rather than out of sheer generosity and concern for others. This type of giving doesn’t lead to a warm glow feeling; more likely it will lead to resentment.

If you find yourself considering a gift to a charity that called you on the phone, you’ve already lost most of the battle to do as much good as possible. Your efforts will go furthest if you set time aside, think about all your options, and go find the best charity for your values.

If you wait for charities to come to you, you’re just rewarding the ones that are most aggressive—not the ones that do the most good.

7. Don’t be guilt-tripped into giving

We’ve all seen the stereotypical images of poverty—like children with ribs sticking out, dying of starvation—that define today’s perception of the humanitarian world. Depictions of people fraught in despair are so ubiquitous that we are quite possibly growing immune to them, and the stereotyping creates an “us and them” feeling that prevents us from feeling connected to those we help. Similarly, listening to post-apocalyptic scenarios described by environmental conservationists can be very frightening at first, but eventually they just become draining.

I don’t want to discourage people from giving to good causes just because they don’t cheer us up. If we gave only to get something back each time we gave, what a dreadful, opportunistic world this would be! Yet, if you are feeling guilt-tripped into giving, chances are you’ll not be very committed over time to the cause, and that’s not nurturing for your altruistic instincts.

8. Recognize that it sometimes gets tough

The Salwen family of Atlanta, Georgia, who funded a charity in Africa using the proceeds of the sale of their home, was criticized for not giving the money to needy people in the United States, such as homeless Atlanta residents. But the Salwens are unapologetic. They decided that their money would go furthest in Africa and are pleased with their choice.

You too may be criticized for doing something you never really had to do in the first place, particularly if you choose to support a cause that people don’t regard as urgent, such as the arts or wildlife conservation. And, you too, should be unapologetic about your giving.

There’s a debate about which kind of giving is more moral: giving anonymously or letting your identity be known. But there is nothing wrong with being acknowledged for giving. In fact, denying people the chance to show you gratitude may be a disservice to them, since gratitude is one of the surest ways to happiness.

So, you may ask, if I follow these guidelines, will giving make me happier? You’ll have to answer that for yourself. But, in my experience, the answer is usually a resounding yes. The key is to find the approach that fits you. When we do, then the more we give, the more we stand to get back. Not in money, but in other ways, like increased connection, purpose, meaning, and happiness—all of the things that we look for in life but are so hard to find.