Could trying to live up to these platitudes fuel depression, anxiety, and other kinds of mental illness in boys and men? A new study suggests that the answer can often be “yes”—but a lot depends on which masculine ideals you embrace.

An international team of researchers led by Y. Joel Wong of Indiana University, Bloomington, searched for scientific papers that all used the Conformity to Masculine Norms Inventory (CMNI), a widely-used and research-tested scale. The researchers were especially interested in fine-grained analysis of the CMNI’s 11 distinct dimensions of masculine norms, including:

Many previous studies have found strong correlations between these norms and mental illness, which may be because they work together to discourage help-seeking. It may also be the case that these ideals have become maladaptive in the 21st century: If your boss is a woman, you might find yourself a trifle depressed that you’re not living up to your own manly power fantasies; the rising visibility of gay men may trigger more anxiety in homophobic straight ones.

To find out if some norms are less healthy than others, the researchers searched for specific correlations, theorizing that many of men’s mental health problems might spring more from dysfunctional relationships to other people than from their relationship to themselves. In other words, norms like “winning” and “power over women” might lead to fraught relationships, which may in turn feed unhappiness.

Their findings don’t just point to problems with traditional masculine ideals. They also hint at solutions—and a new brand of masculinity that emphasizes connecting with other people, rather than pushing them away.

The researchers found 78 samples, with participants totaling almost 20,000, that fit their criteria. (While the studies were all conducted in English, the samples were international.)

Their meta-analysis of this research—the first of its kind to look at men and mental health—confirms that a strong commitment to these kinds of masculine norms, overall, are associated with mental-health problems, and that, yes, many of these problems seem to spring from social difficulties. They also found, predictably, that men who aspire to traditional masculine ideals are not likely to seek support or professional help for emotional or mental problems like depression.

In general, it seems, traditional masculinity makes it hard for men to connect with others—and this in turn hurts their mental health, an insight supported by decades of research showing that social and emotional connection is the single biggest predictor of personal well-being.

The study’s most novel insights have to do with which masculine ideals seemed to hurt the most. Only three of the 11 dimensions seem substantially, negatively related to mental health: “self-reliance,” “playboy,” and “power over women.” The first may cut the man off from social connection. The next two are associated with hostility toward women—as well as, in the case of the “playboy” dimension, hostility to gay men. They write:

But the news isn’t all bad. On average, “primacy of work” isn’t associated with any mental health outcome at all, positive or negative, which, suggest the authors, might speak to the complexity of work: Some days it makes us feel good and sometimes it just seems meaningless. In any event, men across the social spectrum appear to take paying work for granted, as a fixed and non-negotiable part of their lives.

The most interesting finding involves risk-taking, which is strongly associated with both good and bad mental health in the studies they analyzed. It is, in fact, the only masculine norm that has a clear-cut positive association (along with the usual negative one).

Why? The researchers don’t know. It may be that men with mental illness engage in more risky behavior, which creates the relatively strong negative correlation. At the same time, a certain level of controlled risk-taking can, perhaps, be very good for mentally healthy men who need to blow off steam or push their own limits, thus building self-confidence. There are many implications here, one of which is that we might encourage risk-taking in mentally healthy men but discourage it for guys who are struggling with illnesses like post-traumatic stress disorder or depression. Or it may simply be the case that risk-taking is a kind of barometer for male mental health, revealing what pressures the man is under. More research is needed.

This wasn’t the only study to appear this year that found masculine norms can be bad for men. An Australian study found a strong but unsurprising correlation between masculine norms and both heavy drinking and barroom brawling, a finding ratified by another study published in the journal Psychology of Men & Masculinity. These attitudes don’t just affect the men themselves. At least three other studies found that manly men were less likely to use condoms—and therefore more likely to catch or spread HIV and other sexually-transmitted infections. And one study of 52 parents concluded that those who embraced masculine norms were significantly less likely to seek professional help for troubled children. 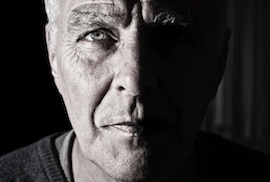 Taken together, these studies suggest that traditional masculine norms can hurt both men and the people around them.

But other papers appeared in 2016 that hinted at solutions. A study of male rats found that mild levels of stress drove increased bonding between them, elevating oxytocin levels, which in turn improved their well-being. While human males are not rats, obviously, this line of research does have implications for understanding the impact of stress on human bodies—and possible treatments. For example, doses of oxytocin may help men with post-traumatic stress disorder to turn toward other people instead of hiding from them.

Researchers and clinicians are also using this kind of research to craft mental-health and anti-violence programs that will appeal to men. In their paper, Wong and his colleagues argue that it’s not helpful to throw out the baby with the bathwater, when it comes to masculine norms: Some are healthier than others, and programs that seem to disparage masculinity as a whole will turn some men off. Their more-precise analysis identifies specific barriers to seeking help for mental-health problems, and might help therapists link the norms to problem-causing consequences in the lives of men.

“For instance, men who are extremely self-reliant and emotionally controlled might potentially struggle with seeking help and developing intimate relationships with others,” they write. The researchers persuasively argue that:

Clinicians should guard against pathologizing individuals who adhere strongly to the masculine norm of primacy of work (e.g., by labeling them “workaholics”), given our finding that this norm was not significantly associated with any of the mental health-related outcomes in our study. Instead, clinicians could explore how the importance of work can be both a source of stress as well as a source of meaning in one’s life.

Ultimately, of course, it’s up to men to shift masculinity in a healthier direction. This research suggests men should strive to connect with each other, emotionally and even physically, while simultaneously trying to be more comfortable with feminine men and women who have succeeded in creating non-traditional roles for themselves. Given how much women have changed in two generations, it’s not far-fetched to imagine men, as a group, might evolve as well. Perhaps the next generation of fathers and teachers will urge boys to help each other out instead of beating each other in competition.