A recently published piece in the Washington Post paints a pretty dismal picture for parents. Provocatively titled “It turns out parenthood is worse than divorce, unemployment—even the death of a partner,” the article bases its claims on a new study published in the journal Demography. That storyline was repeated in other outlets like Vice, and widely shared over social media. 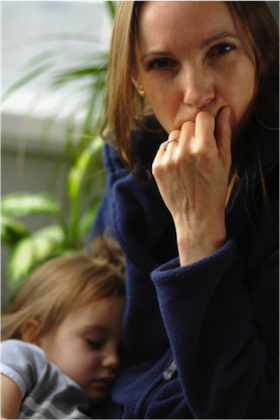 But the Post article went too far, according to the study’s coauthor, Rachel Margolis.

“I think journalists get excited about taking something out of context and making it really flashy for the headlines, because this kind of piece does get a lot of clicks,” says Margolis. “But our article is not about how unhappy parents are.”

Happiness levels do drop for some parents—sometimes significantly so—after the birth of their first child; but the dip is usually temporary, says Margolis. Once the stresses and strains of learning to care for a newborn have passed, parents’ happiness levels usually start to recover.

“We’ve actually found that happiness increases just before you have a child, decreases just after you have your first child, and then comes up to the level you were at before the birth, generally,” says Margolis. “That’s the overall pattern.”

In other words, parenting is definitely not comparable to losing a loved one, at least for most people. Nor is parental unhappiness the focus of Margolis’ paper. She and her colleague at the Max Planck Institute in Germany, Mikko Myrskylä, were trying to find out why birth rates are falling in some developing countries, such as Germany and the UK, and they thought that difficult transitions to parenthood might account for that.

To study this, they looked at a longitudinal study done in Germany that had data on over 2000 couples who’d had children over the course of the study. They compared life satisfaction scores—used to measure happiness levels—from the three years before couples had their first child to scores from the two years after the child’s birth. By then noting which couples went on to have a second child, the researchers were able to determine whether drops in wellbeing from pre- to post-birth predicted couples choosing not to have additional children.

After controlling for other factors that could have affected birth rates, like employment status, Margolis and her team found that large decreases in happiness did seem to make a difference, accounting for 10 percent fewer parents deciding to have a second child. The magnitude of these findings is significant, she says, particularly when looking at the big picture.

“This adds up to something like a difference of .05 in the total fertility rate, which is about the same size as when the great recession in 2008 decreased fertility,” she says. “So it’s not a tiny amount.”

Interestingly, there were no significant differences in whether or not parents chose to have a second child based on the sex, educational attainment, or income. However, there were differences in how people responded to a difficult transition to parenthood: for people who had their first child at age 30 or older or who had 12 or more years of education, a large drop in life satisfaction was a significant deterrent to having a second kid.

Margolis and Myrskylä speculate that this finding may be due to many factors. It could be that older, more educated parents are in careers where parental leave is frowned upon, or that they don’t enjoy the mundane tasks of parenting, or they feel overwhelmed by combined work and home duties. Or perhaps they’re just better at regulating their fertility than less educated, younger parents. However, no one really knows the reasons, since there isn’t much quantitative research around the difficulties of parenting, which Margolis laments. 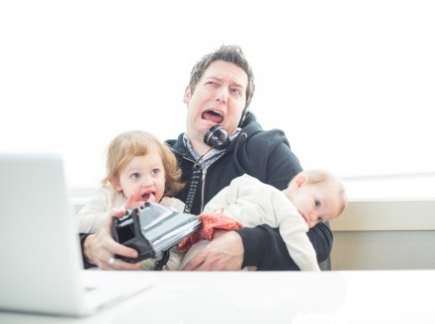 “We need to measure these things,” she says. “We have lots of surveys about health behaviors like smoking and drinking, but we don’t have data on how important it is to parental well-being if labor is particularly hard or if your kid doesn’t sleep for more than 3 hours for months and months at a time.”

Though Margolis is quick to point out that she’s not pushing parents to have more kids, she does think that societies wanting to increase the birth rate should pay attention to the factors that make parenting difficult for some people. She points to the lack of available and affordable childcare, inadequate education programs for parents-to-be that don’t give enough realistic information about what’s involved in taking care of a newborn, and not enough support for mothers who may be suffering nausea during pregnancy or having a difficult recovery from a C-section.

Places like the USA don’t embrace better policies for women having babies, even though they can make such a big difference, says Margolis. For example, in Canada a drug for morning sickness, Diclectin, has been around for several decades, but was only recently approved for use in the USA under the name Diclegis, and is much harder to get here—even though Canadians have found that the drug makes it much easier for women to combine work and family when they’re pregnant.

In another paper, Margolis and Myrskylä have studied how improving childcare laws in Germany affected happiness levels in new parents. Analyzing the same survey data used in the Demographics paper, they found a clear connection between increased childcare support and greater life satisfaction post-partum.

“After this benefits package was put together in 2007, the drop in happiness that new parents have is much less than what we saw before the policies went into effect,” says Margolis.

So, should couples worry about their lasting happiness if they choose to have a baby? Clearly not—parenthood is still an overall joyful experience for a majority of people and can bring meaning to their lives. But, we should probably all work toward trying to strengthen social supports that can make the transition to parenthood easier.