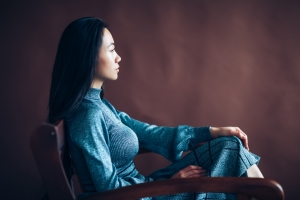 A professor of psychology at Carleton University in Canada, Chris Davis is an expert on how people respond to life-altering experiences like illness or death. He has studied spinal injury patients who lost mobility in their arms and legs, people with chronic illnesses, and those whose children have died from sudden infant death syndrome (SIDS), as well as the process of bereavement. His research seeks to understand how people make sense of and find meaning in life-changing experiences.

We at OptionB.Org had a conversation with Davis to learn more about what resilience looks like and how to help those around us who are grieving.

OptionB.Org: Is it possible to find meaning after loss?

Chris Davis: It varies by person and situation. A colleague and I did a study of people who had lost loved ones in a Canadian mine explosion—a tragic event that many regard as senseless. The interviews took place seven or eight years after the accident, and we asked those who had lost a husband, father, or son in the explosion how they made sense of the deaths. Many of these people were still grieving profoundly and could see no meaning in their loss. Some of them were still very angry. But there were others who said, “As awful as it was, it changed me in a good way.”

One widow used the analogy of her life as a puzzle. Before the accident, she was married and had two small children. She knew where she was going; the puzzle of her life was almost complete. Then when the mine exploded and she lost her husband, she said it was as if somebody had picked up her puzzle and thrown it on the floor. From that point on, her life was about putting it back together, but she only had half the pieces. She was adamant that she was going to reassemble her puzzle.

The pieces she had left made a different picture. The life she had before was no longer possible. But she was motivated to pick up the pieces to make something new. It took time. It involved small steps. But she believed it was possible for her to live a full life again.

OptionB.Org: One of your studies focused on SIDS. What is unique about that type of loss?

CD: I think one of the reasons the death of an infant is so devastating is that it can feel like a loss of a parent’s hopes and dreams. We think that people are not supposed to die when they’re young. So when a child does—especially an infant—it shatters our idea about how the world is supposed to work.

OptionB.Org: How can we come to terms with an untimely death?

CD: It’s difficult to process any loss, and you may not fully come to terms with it. But many people use tragedy as an opportunity to create something meaningful in their life, to apply a sense of purpose to their loss. You may decide to change how you interact with your children, your spouse, or the world around you. Or you may spend time supporting a cause or an organization that you start. All of these things can help you feel like you made something good out of tragedy. 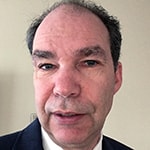 OptionB.Org: What are some ways for families to be resilient together?

CD: Communication is really important because everyone copes with loss in a different way. In the SIDS study, some of the participants felt like their spouse wasn’t grieving as much as they were. They interpreted that to mean that the spouse did not love the child as much as they did, and it negatively impacted their relationships. Talk to your partner and children about how you’re feeling. Don’t be afraid to show emotion. It can be helpful for them to see you grieving as much as they are.

How to help others

OptionB.Org: What are some strategies to offer support to someone who is grieving?

CD: We recently asked teens who lost a parent about what their friends did that meant a lot to them. One thing they said helped was simply being there. Let the bereaved person cry, talk, or just be. Silence is okay. The other thing that helped was when their friends spent time with them doing the same activities they had done together before their loss. They didn’t want to be pitied. They didn’t want everyone walking on eggshells around them. The teens wanted their old lives back, and though that wasn’t possible, it helped to hang out with friends doing the things they enjoyed before.

OptionB.Org: How can workplaces be more empathic to those who are grieving?

CD: In the wake of tragedy, it can be incredibly hard to concentrate. People may have waves of grief. They may start crying without notice. These things are going to interfere with their ability to work, and employers need to be aware of this. Just knowing an employer is understanding can go a long way toward helping a person cope.

This article was originally published by OptionB.Org, an organization dedicated to helping people build resilience in the face of adversity. Read the original article.