Has your once-chatty son suddenly become a quiet and distant teenager? 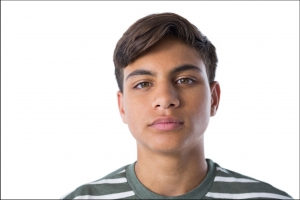 This is a common experience for parents of boys, writes pediatrician Cara Natterson in her new book, Decoding Boys: New Science Behind the Subtle Art of Raising Sons. When boys hit puberty, many retreat to their rooms and shut their parents out, refusing to discuss issues or share their feelings. And it’s a problem, she says, given how important parental influence is to growing teens and how tricky it can be for teens to navigate the challenges of our modern world.

Strangely, Natterson has found that this pattern doesn’t hold for girls as much: Parents often continue to have forthright and informative conversations about puberty with their daughters, while neglecting their sons. She believes this has to do with parents misunderstanding what’s going on with their boys and what they truly need.

“For the most part the experiences and challenges of puberty are really not specific to gender—it’s a human experience, transformative for both boys and girls,” Natterson says. “That means we should be treating our boys and girls very similarly through the process.”

But how to do that, if our boys clam up?

In her book, Natterson acknowledges the challenges parents face, but also gives hope to those who want to reach out to their quiet boys. Whether it’s to broach topics like sex, pornography, social media, or risky behavior, or to simply keep the lines of communication open, she provides useful tips for starting conversations.
I spoke to Natterson about what parents can learn from her book.

Jill Suttie: What are some of the unique challenges for today’s boys? 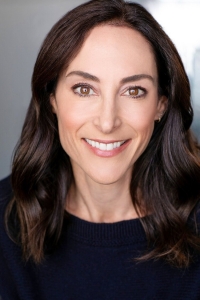 There are also things that are driven by selfies and social media—like body image issues. We are really good at identifying body image pressures placed upon girls, which are magnified across social media, but we don’t do a great job of recognizing that the exact same drivers are in place for our boys. Boys have a different beauty standard than girls, but most people don’t talk to boys about it. And most boys don’t know how to talk about it or how to identify what they feel about it.

JS: In your book, you offer a kind of primer about testosterone and its role in development. What most surprised you when looking at the research on testosterone?

CN: As a pediatrician, I’ve known for a long time what testosterone does in the body; so that wasn’t particularly new to me. But a secret that the scientific community has known for a long time that isn’t widely known is that testosterone levels are starting to rise and testicles are starting to grow at increasingly young ages for boys, which means that boys are entering puberty younger. Even though the headlines in the mainstream media have all been about girls and early puberty, it’s been happening for boys, too.

JS: Does entering early puberty have effects on boys’ well-being?

CN: Absolutely! When you enter puberty, the testosterone manufactured by the testicles circulates around the body, but also through the brain, impacting the wiring of the brain and neurodevelopment. There are lots of studies about how testosterone impacts aggression and rage, and we know that testosterone causes mood swings in boys much in the same way that estrogen causes them in girls. It’s just not always called out that way.

So, say you’re a nine- or ten-year-old boy. You’re starting to feel these feelings or show certain behaviors; but likely no one is connecting the dots to early puberty. That’s a problem. It can be hard for boys who are getting in trouble for their behavior or feeling low self-esteem, self-doubt, or worry and don’t know what’s going on. Because most boys become more private, and parents don’t know what to look for (the changes can be really subtle at first, because only the testicles change in early puberty, and most parents don’t see this growth), parents have no idea their sons are beginning puberty. You can have a whole constellation of things happening, essentially invisible to everyone around them, and this can be really confusing to boys.

Then there’s the opposite extreme: the late-blooming boy who has not started to have testicular growth by the age of 14. That has its own set of repercussions and challenges, right? Because by 14, most of the boys around them are growing, their shoulders are widening, their muscle mass is increasing, and their voices are starting to drop—all of these externalizing signs of entering manhood. Late bloomers don’t have these signs, and that’s hard. Frankly, it’s hard to be in between extremes, too; but I think being on the extremes is something that requires particular sensitivity from parents and from society.

JS: Why do you think boys become so much less communicative in their teen years?

CN: Well, that’s the million-dollar question. I don’t even know how long I spent just digging through data, trying to find any studies that looked at a biological explanation. But there’s no data; I mean, there are no studies looking at this. I think that’s because it’s a lot more interesting or grabs more headlines to be able to tie testosterone to aggression or rage than to tie it to not talking.

Since we know quiet correlates strongly with puberty for so many boys, I think there has to be a biological basis. It would be good for researchers to ask about what puberty looks and sounds like in other countries and cultures and to see if boys go quiet there. That would help us determine whether it’s worth going down this biological rabbit hole. But no one seems to be interested in looking at that.

JS: Your book calls on parents to converse more with their boys, even if their sons are reluctant to talk. But how can parents really keep those lines of communication open if their sons refuse to engage? 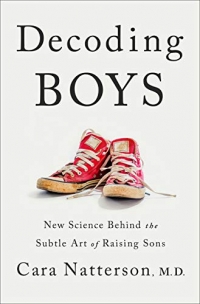 CN: It’s very hard sometimes. It really depends upon the relationship between the parents and the kids, plus the personalities, temperaments, and styles of the people in the house. It depends on how many people are around, what the circumstances are, and even just schedules and logistics. If a child is at school all day and a parent’s at work all night, it’s very hard to communicate. How you start to talk to a boy is going to be different in every single house. But, the best advice I give is to simply do it. For people who have sons that are eager communicators, you grab your moments and you start asking questions and then listen and learn. It’s really important for parents to learn from their children and not just dole out wisdom.

For parents who aren’t natural communicators or for kids who really don’t want to communicate with their parents, there are a couple of little tricks. The most important is to try to have the conversation in a setting where you’re not looking each other in the eye, because that’s very intense and intimidating. Have the conversation in the car where you’re sitting side by side or on a walk or at night when you say good night and turn off the lights.

The other pointer is for parents to recognize that we’re not talking about doing this once or twice. We’re talking about having literally hundreds of conversations over many years. So, you take a stab at it. If you approach a topic in one direction and you fail miserably, it’s OK—try it a different way the next time. But keep going back and picking up where you left off the last time, because that models for your child the fact that you think it isn’t just one topic but the whole concept of conversation that’s really important.

JS: Have you come across parents who believe it isn’t appropriate for them to discuss these issues with their children—perhaps for cultural reasons?

It’s your job as a parent to keep your child safe and healthy. And in this world today, there is a list of things your child must be educated about in order to be a safe and healthy individual. Some of them are easy to discuss—nutrition, exercise, and telling your kid he needs to use soap in the shower. Those are low-hanging fruit and you can have those conversations a little more easily.

But when it comes to the bigger-ticket items—sex, what happens online, consent, and understanding how someone else feels in an interaction—we cannot afford not to have these conversations with our children. While I have tremendous respect for cultural issues, I have yet to meet a parent from any cultural background who doesn’t want to have these conversations. They just want to figure out how.

JS: What resources do parents have if they can’t seem to get through to their kids and engage them?

CN: It’s critical for parents to be able to recognize when what they’re doing is not working. Sometimes our children will be quite forthright about it and tell us we’re not reaching them. Oftentimes there’s a stalemate or the give-and-take isn’t there. Once parents recognize that, they can bring someone else in to help them. If you have a person in your family whom your child really respects or a school counselor you can rely upon, that is a great next step. You can also try a therapist or a mental health practitioner or a pediatrician—someone with expertise who can follow up and make sure things are moving in the right direction and help reroute you.

JS: You have a son yourself. How has your own experience shaped your message?

CN: I’ll tell you a story about my son that will help explain why I wrote this book and why it’s important.

My children don’t like to read anything I write; but I gave this book to my son anyway (in draft form) and said to him, “I need your eyes on this; I need your opinion.” He was really resistant; but he agreed to do it. So, he went into his room and shut the door like all teenage boys do. Then about half an hour later he came out and said to me, “Your premise is all wrong.” And I said, “Excuse me? What do you mean?” And he said, “Your whole book is about how boys don’t talk when they go into puberty—that they have these big feelings and don’t talk about them. But, mom, we don’t have feelings.”

That was the moment I realized I’m raising my son in a culture that has taught him to believe that silence is golden and that whatever’s going on emotionally for him isn’t a feeling and doesn’t have to be talked about. Part of raising a healthy child is to disabuse him of that notion and to help him to understand that he does have feelings and what’s happening to his body is what makes him think those feelings can get pushed aside or shut down.

That’s why I wrote the book. It’s as much for my own self and my own house as it is for anyone else.