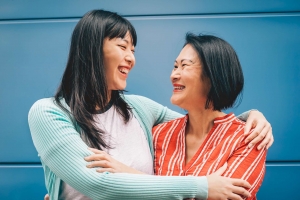 The answer might depend on what culture you belong to, hypothesized the researchers behind a new study. However, exactly how this works isn’t so cut and dried, as they found out when conducting experiments in the U.S. and South Korea—reminding us that we have a lot to learn about how kindness works in different cultures.

The experiments included nearly 650 undergraduate students from public universities in the U.S. and South Korea. As the researchers explain, the U.S. is generally considered an independent culture, where individuals see themselves as autonomous and are more focused on individual rights, while South Korea represents an interdependent culture, where individuals see themselves as connected and most interested in the good of the collective.

Next, all participants were asked to perform as many acts of kindness as they liked before the end of the week, as long as the acts took place on the same day. As examples, the researchers suggested “helping your parents cook dinner, doing a chore for your sister or brother, helping a friend with homework, visiting an elderly relative, or writing a thank-you letter.” On day eight of the study, participants repeated the same well-being surveys.

The results showed that U.S. students who read about the benefits of kindness to self experienced increases in positive mood, life satisfaction, and feelings of connectedness and a decrease in negative feelings compared to the control group.

As the researchers explain, “Members of individualist cultures may benefit from prosocial [kind and helpful] behavior when it is explicitly framed as a way by which to pursue their own personal happiness.”

These findings held despite the fact that 52 percent of the U.S. students were Asian or Asian American. On surveys, these students tended to identify highly with American culture—suggesting that your orientation toward kindness may have more to do with where you live than your culture of origin.

The researchers expected that South Korean students would get more out of kindness after hearing how it benefits others—but that wasn’t the case. Their well-being wasn’t any higher than the control group who read about organization.

Why not? The researchers suggest that the study may have been biased toward individualistic notions of well-being. For example, the news article talked about how kindness benefits other individuals, rather than explaining how it fosters group harmony. Also, the surveys asked about personal feelings and personal life satisfaction, versus the more collective experience of well-being that might be valued by South Koreans.

In the U.S., thinking about the benefits we get from performing acts of kindness can make us feel selfish, but there’s no harm in viewing kindness as a win-win for ourselves and others. This study suggests we might even reap more happiness by doing so. Outside the U.S., though, psychology still has a lot to learn about the relationship between kindness and well-being and the best way to motivate acts of kindness in other cultures.