In the United States, the smiles of politicians and other leaders tend to be big and wide. In East Asian countries like China and Taiwan, they are much more modest.

Why? According to new research, how much a political leader smiles reflects their particular country’s cultural values related to how people express themselves. How one’s culture views smiling influences how people in that culture may smile, explains Jeanne Tsai, a Stanford associate professor of psychology and the lead author on a recently published paper in the journal Emotion. 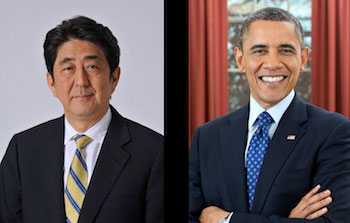 This smiling effect may have ramifications in the world of politics, Tsai says. Culturally different emotions and expressions may create misunderstandings between leaders from different nations involved in negotiations or crises.

Tsai directs the Culture and Emotion Lab at Stanford and has previously published research on how Americans tend to embrace positive feelings while Chinese people do not as much; how people from different cultures express sympathy; and how culture factors into why we like or don’t like people.

The reason relates to a nation’s “ideal affect,” which is defined as culturally valued emotions and how people want to feel, she notes. Different countries, such as China and the United States, diverge in their ideal affects.

“It is significant that although democratic and developed nations were more likely to have leaders who smiled in their photos, it was the nation’s ideal affect that uniquely determined whether leaders’ smiles were more excited or calm,” says Tsai.

As part of their research, Tsai and her colleagues conducted three studies. In one they compared the smiles of top-ranked American and Chinese government leaders, chief executive officers, and university presidents in their official photos. They found that top-ranked American leaders showed more excited smiles than top-ranked Chinese leaders across all fields.

In the second study, they compared the smiles of winning vs. losing political candidates and higher- vs. lower-ranking chief executive officers and university presidents in the United States, Taiwan, and China.

“American leaders showed more excited smiles than Taiwanese/Chinese leaders, regardless of election outcome or ranking,” Tsai and her co-authors found.

The third study involved self-reported measures of ideal affect among college students from 10 different nations. Eight years later, Tsai and her research team observed the smiles that legislators from those nations showed in their official photos. Tsai and her colleagues found that the more nations valued excitement and other high-arousal positive emotional states, the more their leaders showed excited smiles.

The studies controlled for national differences in democratic levels, GDP per capita, and human development.

Tsai was surprised that the results held across all occupations—beyond politics—and regardless of whether leaders were of higher or lower rank. “I thought they might be more pronounced in occupations that are more visible to the public, like government,” she says.

She also expected the findings might be more pronounced for higher-ranked than lower-ranked leaders, because higher-ranked ones might have more knowledge about how their culture views smiling. But they were not—everyone shared the same inclination on smiles, per their culture.

“I think the fact that the cultural differences emerged regardless of occupation or rank speaks to how pervasive cultural values regarding emotion are,” she says.