Researcher William Tov grew up watching American television portraying the American experience, like nightly family gatherings around the dinner table. But that was very different from his own home life: His immigrant parents from Cambodia were often working, and they rarely all sat down together for a meal. 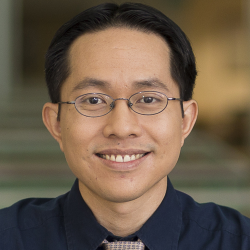 William Tov is an associate professor of psychology at Singapore Management University.

These early observations sparked Tov’s interest in cultural differences—which eventually led him to become a psychology professor at Singapore Management University, studying (among other things) how culture influences well-being and personality.

Much of the research in this field (by Tov and others) has compared Western countries like the U.S. with East Asian countries, finding that East Asians tend to have lower levels of well-being. It has also shown that culture influences how we seek happiness and regulate our emotions: European Americans typically want to feel peppy emotions like excitement and cheerfulness, while Hong Kong Chinese prefer calmer states like peace and serenity. Even the factors that promote happiness may be different, as self-esteem is more important to our feelings of life satisfaction in the West than in East Asia.

In the interview below, Tov unpacks some of these findings and why they matter. He also reminds us not to oversimplify cultural differences—and not to forget our similarities.

Kira Newman: Why do you think it’s important for the field of positive psychology to study cultural differences in well-being?

William Tov: When people learn about the psychology of happiness, and also especially efforts to make people happy—interventions to help improve well-being—one of the skepticisms that people have is that everybody defines happiness in their own way; you can’t have one definition of happiness. I think that’s an assumption that needs to be tested.

It bears on how we measure and define well-being, as well. If we’re going to define happiness in terms of excitement and being cheerful and being merry and joyful, then Westerners are going to report higher levels of these kinds of emotions, and Easterners may tend not to. If we’re not sensitive to some of these differences, we might come to a skewed understanding of the well-being of East Asians—that they’re just not happy. But, actually, maybe it’s not that they’re not happy; it’s the way we’re assessing their well-being. We’re putting more weight on these high-arousal positive emotions and not putting any weight on low-arousal positive emotions that might be more in line with their cultural practices.

It also bears on how we design our institutions to promote well-being. In the ‘90s or so, there was this movement in California to cultivate self-esteem and make every student feel like they’re special. But we wouldn’t be able to borrow that approach wholesale in an East Asian culture. How much a culture is willing to emphasize self-esteem varies; I think there would be more skepticism in East Asian cultures to this idea of just making students feel good and special for its own sake. It’s important to understand that the things that we think should make people happy may not be the same, or may not operate in exactly the same way.

KN: What are some potential explanations for the cultural differences in well-being?

A lot of Asian cultures tend to be more collectivistic, and your attention is more often going to be placed on a social situation. It’s going to be focused on the people around you. The way you behave is influenced by your social roles, and your social roles are different depending on who you’re with. So, you may not be acting the same way with your parents versus with your friends, versus your professors or your work colleagues. In collectivist cultures, there’s less emphasis on you as an individual, separate from other people.

One contrast that some researchers studied is accommodation versus influence. The U.S. emphasizes being agentic, feeling like you can accomplish your goals and take action—that’s about influence. And if you want to influence the people around you, it’s helpful to have high-arousal positive emotions. It’s helpful to feel energized; it’s helpful to feel enthusiastic. Whereas in Asian cultures, if it’s important for you to pay attention to the social situation so that you can figure out how to accommodate and not risk offending anybody, then being too enthusiastic and too excited may not be that good of a strategy. It might be more helpful to be calm and peaceful and relaxed so you can notice how other people are reacting, how they’re feeling—and so you’ll be a little bit more sensitive in the way you conduct yourself.

So, our beliefs about our obligations to people and our responsibilities to others influence our well-being. If you feel like your self-worth is contingent on approval from other people, that is something that affects well-being, and that may account for cultural differences in well-being. There was another study comparing Taiwanese students and American students, and when students felt like their self-worth was much more dependent on the approval that they have from others, that was associated with lower levels of well-being. In the Taiwanese students, these feelings of contingency on others were higher.

Another example: There’s a study on Japanese participants showing that when Japanese students experience success, there’s a mixture of emotions that they feel. On the one hand, they feel happy that they succeeded, but, on the other hand, they also experience a fear of troubling other people, and that is related to how much they believe that they’re responsible for the feelings of other people.

“Happy people tend to have good relationships. They have social support. ”

There’s also this study showing that if you have these kind of dialectical beliefs, then this can make you indecisive in daily life, because you can see the good and the bad thing of each decision. It makes it much more difficult to be happy with any one of your decisions. You’ll still be thinking whether it’s the right decision, because there was also some good to the other choice you could’ve made. Being chronically indecisive is associated with lower levels of life satisfaction, and that at least partially accounts for some of these cultural differences in overall levels of well-being between East Asians and Westerners.

KN: It seems like there’s a lot we don’t know in this field. What are some open questions?

WT: I think an important issue for future research is to disentangle just what we mean by collectivism, or the different ways that people can be collectivistic. Yes, East Asian cultures are collectivistic, but then so are Latin American cultures [who score higher than expected on surveys of well-being].

The contrast has been that individualistic societies are Western countries and North American countries, and collectivist societies are like the rest of the countries in the world—and that’s a really broad stroke because there’s so much diversity in these other countries.

Understanding cultural differences was the whole reason why I became fascinated with the field. Cultural psychology started out by documenting differences between groups of people, and that was important research. But I also think that there’s a risk sometimes when you overemphasize a difference. You might be inadvertently promoting stereotypes of people from particular groups.

“There’s a risk sometimes when you overemphasize a difference. You might be inadvertently promoting stereotypes of people from particular groups.”

Even in a culture that is supposedly individualistic, like the U.S., relationships are still important. In the future, I think it’ll be important to balance the differences with an understanding of the similarities, as well. It’s just that similarities very often aren’t exciting. We’re more drawn to differences between people. It will end up making this whole picture of cultural differences in well-being a little bit more complicated, but I think that’s okay. That’s the way it should be.

KN: What are some similarities in well-being across cultures?

WT: Some of the consistent findings are not necessarily the sexiest findings. For example, income matters. Economic wealth matters across cultures. In every culture, wealthier people generally are happier than less wealthy people.

This relationship is stronger if we’re talking about well-being as life satisfaction. So, basically, in a lot of cultures, the wealthier people have higher life satisfaction than people who are poor or less wealthy. You tend to see smaller relationships between income and emotional well-being (actually feeling happy or joyful). There’s still a relationship, but it’s not as strong.

Another finding that we see in a lot of countries is happy people also tend to have good relationships. They have social support. Generally, the happiest people are the ones that have people that they can turn to in times of need. They tend to be more satisfied with their friends and family.

KN: What are some other misconceptions about culture and well-being?

WT: Earlier, I was almost going to say that East Asians are unhappy, but, actually, that’s not true. That’s an important caveat: The life satisfaction of Singaporeans and Japanese, if it’s on a 10-point scale, is between six and seven—and that’s not misery. Misery is a lot of countries in Africa that are really poor. There are some countries in the Middle East that are suffering from a lot of political, social instability, so you see lower levels of life satisfaction in those countries, below the midpoint.

But Asian countries, Singapore and Japan—I think Korea as well, and China—their levels of well-being are not below this midpoint. It’s still in the positive range. (In Scandinavian countries, it’s around eight to nine, so it’s much higher.) I don’t want to paint the picture that Asians are unhappy, but there is a cultural difference that seems to be influencing the overall levels of well-being.

KN: Most of the research so far seems to be comparing Western cultures and East Asian cultures, right?

WT: That’s the most common comparison that’s made in the cultural psychology literature. I think things are slowly changing, especially within the past 10 years. You’re seeing these large cross-national surveys that are being conducted, especially by the Gallup organization. They’ve gone into more countries in Africa and Latin America, and they’re asking well-being questions, which is great. That’s giving us a better understanding of well-being in the whole world.

I think it would be great to better understand the logic of collectivism in Latin American and African countries. As far as I know, there’s only one study that has tried to do this and showed that, in every culture, people are collectivist in some ways and individualistic in other ways. We think about countries as being collectivist, but if you ask them about self-interest (how important their own interests are), then some African countries actually rank quite high.

Hopefully, in the future, we have a more sophisticated understanding of the non-Asian, non-Western countries and cultures, and how their well-being is shaped by their environment and by their social practices.