How can culture influence giving? Some scholars have argued that people are more likely to share with others who are similar in terms of race or sex, but the evidence for this is mixed.

A new study by Stanford psychologists, which appeared recently in Social Cognitive and Affective Neuroscience, suggests, however, that similar emotional expressions can motivate giving, and can do so even more than a common race or sex. 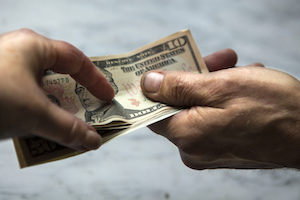 Previous research from Jeanne Tsai, an associate professor of psychology at Stanford, has examined the relationship between culture and emotion with a focus on European Americans and East Asians.

That led Tsai, along with co-authors BoKyung Park, Elizabeth Blevins, and Brian Knutson, to wonder whether ideal affect match could influence not only liking, but also willingness to allocate actual money to a stranger.

When will a dictator give?

In the first study, the researchers examined groups of European American and Korean college students. After measuring their actual affect (how people feel) and ideal affect (how they want to feel), the researchers had participants play a series of Dictator Games—a game in which one person (the “dictator”) decides whether to distribute their money to other players (potential recipients).

However, common race and sex had little effect on sharing or inferred trust.

“These findings suggest that emotional expression—and whether or not it matches people’s ideal affect—may play a more powerful role in resource sharing than even race or sex,” said Tsai, director of Stanford’s Culture and Emotion Lab. 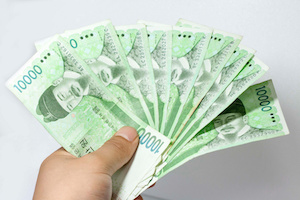 So what about ideal affect match could motivate people to share with others? Was it the way that a matching stranger made them feel or the belief that they shared values? To find out, the researchers ran a second study in which European Americans and Koreans played repeated Dictator Games—this time, while undergoing functional magnetic resonance imaging (fMRI). Afterwards, participants again rated potential recipients’ trustworthiness and other characteristics, including friendliness and intelligence.

When they saw faces whose expressions matched their ideal affect, the scans revealed decreased activity in the brain’s right temporo-parietal junction, which is associated with perceiving that others hold different beliefs, according to Tsai. One interpretation of this decreased activity is that participants assumed the recipients shared their values. This interpretation aligns with the fact that participants tended to trust and share more with recipients whose ideal affect matched their own.

“Together, these data suggest that part of the power of ideal affect match is that it sends an implicit signal that someone else shares our beliefs and values, which in turn makes them more trustworthy, and promotes giving,” Tsai said.

The study challenges established research notions about in-group identity, or the cues that people use to identify themselves as belonging to a group. The findings specifically suggest that malleable cues related to mutual emotional values can overpower more static cues like sex and race.

The results imply that when dealing with other cultures, people may overcome traditional categories by understanding and expressing shared emotional values. Since emotional expressions are easier to modify, the findings suggest more flexible ways of enhancing trust and sharing across cultures.