When we face mass suffering in the world, we humans have a concerning tendency that researchers call compassion collapse or psychic numbing. As situations involve increasing numbers of suffering victims, you might expect compassion to level up: more suffering, more compassion. Instead, people’s feelings of compassion tend to flatten and even decline. 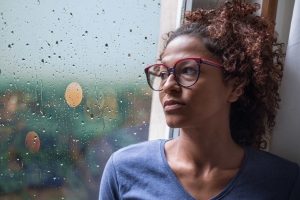 A leading explanation for compassion collapse is that it stems from how unpleasant it is to feel unable to do anything to help. In the face of increasingly severe suffering, we implicitly judge that our efforts can’t make a difference—e.g., I feel terrible about this, but my contributions won’t really change anything. Then, since feeling powerless is so fundamentally unpleasant, rather than feel compassion and live with also feeling incapable, we actively shut down the compassion that motivated us to help in the first place.

But a new paper led by Northeastern psychology professor David DeSteno has identified a specific group of people whose compassion does not collapse—and what the rest of us can learn from them.

Following the protocol from the original compassion collapse study, the researchers started by asking 82 students to read a short paragraph about the egregious harm that civil war in Darfur has caused to civilians. Then, they showed each student a picture of either a single child victim or a group of eight child victims, and asked them to rate their feelings of compassion towards the victim(s). Finally, they gathered information from each student about their own history of traumatic events, such as the loss of loved ones, serious illness, violence, or other tragic circumstances.

Not only did people with a history of adversity feel more compassion, but in a separate survey, they were also more willing to donate their earnings from the study to the children of Darfur compared to people whose lives were relatively free of adversity.

To examine why people with past trauma sustained their compassion, the researchers ran a second study with 192 students. After undergoing the same procedure, students answered two final questions—essentially, Do you think you can do anything to help the child(ren)?—meant to capture their sense of efficacy or confidence in their ability to help. Again, only students who had endured greater life adversity reported increased compassion for eight child victims than for one. And, more importantly, their feelings of efficacy helped account for this pattern.

In other words, something about experiencing adversity in life buoys our confidence in our ability to help, even when there are multiple victims. But could the researchers induce a sense of confidence in students who hadn’t gone through major adversity?

To try to do so, they gave students an empathy task before viewing the Darfur photos. The instructions for the empathy task said that empathy was a desirable trait associated with being better at caring for and more effective at helping people. After the task, half of the students were told that they scored very high on efficacy in empathy-related skills, while the other half were not given feedback.

These studies highlight that even when it feels like there’s too much suffering for us to handle alone, it’s possible to keep feeling compassion—and helping generously. We can achieve this, it turns out, by strengthening our beliefs in our own capacity to care about and effectively help other people.

While we all experience some degree of adversity, being lucky enough to face less hardship in life can actually be a detriment to maintaining compassion when the going gets rough. Instead of advocating more adversity for everyone, though, we can reignite compassion and helpfulness by seeing ourselves as more effective helpers.

Other than getting really positive feedback on a scientific empathy task, there are several techniques that we can use to boost our courage and confidence as helpers—for example, meditating on loving-kindness and compassion, or just getting out there doing nice things for other people more often. With practice, all of these grow our sense of personal effectiveness as caring helpers, support-givers, and heroes—so the next time we face great suffering, we don’t turn away.