We’ve all had our moments of stinginess: We pass a homeless person and spare no change, or decline an appeal from a charity. We might feel a pang of guilt, but you can’t be nice to everyone, right?

A new study suggests there might be hidden costs to our callousness: It might harm our self-image and chip away at our commitment to morality. 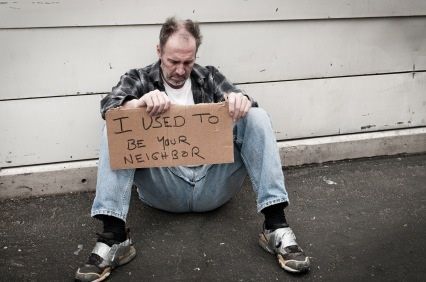 In the study, Daryl Cameron and Keith Payne, psychology researchers at the University of North Carolina, Chapel Hill, instructed more than 100 college students to look at 15 compassion-inducing images, such as pictures of babies, homeless people, and victims of war and famine. The students were divided into three groups. Some were instructed to restrain their feelings of compassion, others were told to restrain their distress, and others were told just to feel their emotions freely. After viewing the images, all participants completed a survey that measured how important morality was to them and another survey measuring how willing they were to flout their moral rules.

The results, published in the March issue of Psychological Science, show a perverse effect among those who had to regulate their compassion: Students who reported that morality is a high priority to them also reported that they’d be more likely to violate moral principles; those who said morality wasn’t important to them expressed reluctance to break moral rules. Generally, people who see themselves as moral also say they try to abide by moral rules, and that was the case with the students in the other two groups.

Cameron and Payne conclude that when individuals regulate their compassion, they sense an inner conflict between valuing morality and abiding by their moral rules, and they feel that they must make a substantial trade-off between the two. The researchers suggest that people alleviate this conflict by either placing less importance on morality or relaxing their adherence to moral principles.

This study suggests that regulating compassion can have real-life consequences for a person’s moral identity, which can cause unnecessary distress and, according to the authors, might even lead them to behave less morally in the future.

I agree that compassion for others is necessary in a moral society.  Yet, your article makes no mention of setting priorites on who to help,or the importance of knowing how much we can afford to give. Also, the article lists no satistics on how many donations we are asked to contribute on a daily or monthly basis,a number which seems to have grown to huge proportions since the Recession,
Compassion, I believe should begin with family.  If my grandmother needs meds she can’t afford, It becomes my moral obgliation to help her if I can, and not feel guilty because I passed a homeless person that day.
Discrimination based on need and the ability of an individual to help with that need should not be thought of as selfish discrimination.  It is a choice to do what we can for whom we can, without feeling guilt.