Historically, the relationship between science and religion has resembled a divorce made in hell rather than a match made in heaven. But the two camps have recently found some common ground, thanks to an unusual series of dialogues between Western scientists and the Dalai Lama, recipient of the 1989 Nobel Peace Prize. Organized since 1987 by the Mind & Life Institute, a nonprofit that fosters collaboration between eminent researchers and leading figures in Buddhism, these dialogues point to the possibility of a new kind of relationship, one in which both partners contribute vital answers to one of life’s big questions: How can we overcome negative emotions and cultivate positive ones?

Two new books suggest provocative answers to this question. They both document recent dialogues in the Mind & Life series. The first, The Dalai Lama at MIT, is a “broadcast” of an historic 2003 meeting between the Dalai Lama and 22 world-renowned scientists at the Massachusetts Institute of Technology. Edited by Anne Harrington, professor of the history of science at Harvard University, and Arthur Zajonc, professor of physics at Amherst College, The Dalai Lama at MIT does an excellent job of introducing readers to Buddhist and scientific approaches to understanding human consciousness. 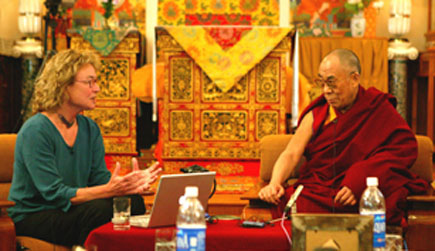 The Dalai Lama talks with neuroscientist Helen Neville at his residence in Dharamsala, India, as part of the 12th Mind & Life conference. © Mind & Life Institute

The MIT conference incorporated presentations on three topics—attention, mental imagery, and emotions—from the perspectives of both Western cognitive neuroscience and Buddhism, followed by lively debates. The session devoted to emotions is perhaps the most intriguing part of the meeting, since Western psychological and Buddhist philosophical traditions differ significantly in their understanding of how we experience emotion.

“There is no term in the traditional Buddhist vocabulary that resembles our [Western] notion of emotion,” says Georges Dreyfus, professor of religion at Williams College and the first Westerner to obtain the title of Geshe Lharampa, the highest degree conferred within the traditional Tibetan monastic system. In his presentation, he points out that there are numerous mental states in the Buddhist typology that are identifiable as emotions, including “anger, pride, jealousy, loving-kindness, and compassion.” However, all mental states, whether they’re emotions or not, are grouped together and considered on ethical grounds: Are they afflictive, leading to suffering—or are they wholesome/virtuous, leading to enduring peace and happiness?

“[E]thics have to be tied to the basic fact of our experience of pain and happiness,” says the Dalai Lama. “We don’t desire suffering, and we always aspire to be free of suffering. Restraint from the conditions that lead to suffering is ethics.” Indeed, this perspective helps to explain why many types of meditation are intended to relieve practitioners of afflictive states.

This ethical dimension is absent from the perspective of Western biobehavioral science. Rather, as Richard Davidson, director of the Laboratory for Affective Neuroscience at the University of Wisconsin, Madison, describes in his presentation, emotion is considered a mental state with three aspects: a valenced quality (it may be positive or negative), a bodily reaction, and outward expressive signs. According to a theory first advanced by the early American psychologist and philosopher William James, the body plays a central role in our understanding of emotion: Emotion results from the brain’s interpretation of bodily signals from our organs and muscles.

The MIT exchange reveals an important distinction between Buddhism and Western science. The Buddhist point of view doesn’t reduce human psychology to neurons, neurotransmitters, and protein receptors; instead, it sees our emotional states as the products of ethical choices we make. Thus it suggests we are not slavishly dependent on genetics for our joy and serenity but, rather, are capable of controlling our thoughts and emotions. 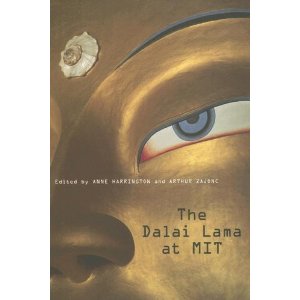 This view lies at the heart of Sharon Begley’s Train Your Mind, Change Your Brain, the second recent chronicle of a Mind & Life conference. A year after the MIT encounter, Mind & Life XII convened in Dharamsala, India, the residence of the Dalai Lama, to focus on a revolutionary science called “neuroplasticity,” which studies the brain’s ability to modify its shape. Begley, the former science columnist for the Wall Street Journal and former science writer at Newsweek, attended that meeting, reports on it in her book, and, in the process, provides a strong introduction to the science of neuroplasticity.

Begley describes how neuroplasticity began with early brain mapping in the second half of the 19th century. In 1890, William James introduced the word “plasticity” with respect to nervous tissue. But in 1913, Spanish neuroanatomist and Nobel Prize recipient Santiago Ramón y Cajal declared that “the nerve paths are something fixed, ended, and immutable.” This remained conventional wisdom about the adult mammalian brain for many decades to come: “No new neurons are born in it, and the functions of the structures that make it up are immutable,” writes Begley, “so that if genes and development dictate that this cluster of neurons will process signals from the eye, and this cluster will move the fingers of the right hand, then by God they’ll do that and nothing else come hell or high water.”

During the course of the 20th century, research (first with animals, then with human adults and children), incrementally poked holes in such dogma. But neuroscientists couldn’t overturn a longstanding belief in neurogenetic determinism until the advent of lab equipment that could measure even the subtlest events in the brain. Pioneering experiments have demonstrated that certain kinds of experience can modify the brain’s structure and generate neurons—and, in turn, revamp the way our minds and bodies function. As Begley notes, these discoveries have led to successful, non-pharmaceutical treatments for depression, obsessive-compulsive disorder, post-traumatic stress syndrome, and even strokes.

For example, research conducted by neuropsychiatrist Jeffrey Schwartz of the University of California, Los Angeles, found that mindfulness-based cognitive therapy, which is derived from the Buddhist practice of mindfulness, could benefit people suffering from obsessive-compulsive disorder (OCD). PET scans after treatment demonstrated a dramatic drop in activity in their orbital frontal cortex, the part of the brain strongly associated with OCD. As Schwartz explains in Begley’s book, “The ensuing brain changes offered strong evidence that willful, mindful effort can alter brain function, and that such self-directed brain changes—neuroplasticity—are a genuine reality.” 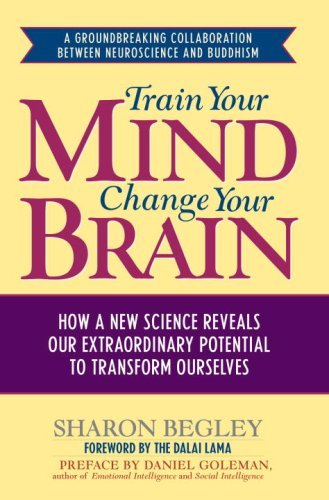 Plasticity involves a two-way causality between mind and body: The physical affects the mental and the mental affects the physical. The upshot is that we can no longer fall back on an old excuse—“It’s all my mother’s fault!”—as our genes don’t necessarily have to limit our capacity for happiness. Here we see how the interaction between scientists and Buddhists at the Mind & Life meetings might point to ways to increase well-being—and how insights from each group can serve the other.

“Science stands to gain by being pushed to consider mind or consciousness nonmechanistically, or by having to confront extraordinary inner mental states that are not normally within the purview of its investigations,” José Ignacio Cabezón, a former Buddhist monk who’s now a scholar of religion and science at the University of California, Santa Barbara, tells Begley. “Buddhists stand to profit by gaining access to new facts concerning the material world (body and cosmos)—facts that have lain outside of traditional Buddhist speculation due to technological limitations.”

Begley sees the “discovery that mere thought can alter the very stuff of the brain [as a] natural point of connection between the science of neuroplasticity and Buddhism. Buddhism has taught for 2,500 years that the mind is an independent force that can be harnessed by will and attention to bring about physical change.” In addition, it teaches that “by observing our thinking dispassionately and with clarity, we have the ability to think thoughts that allow us to overcome afflictions such as being chronically angry.” Scientific research is now backing up these beliefs, along with the idea that mental training, which is integral to Buddhist practice, can enable us to identify and take control over our emotions and mental states.

Though presenters chronicled in both books seek harmony between science and Buddhism, being Buddhist is not necessary to transform our emotions or boost our levels of happiness. When Jon Kabat-Zinn began teaching mindfulness meditation at the University of Massachusetts Medical Center’s Stress Reduction Clinic in 1979, he severed its ties to religion and still proved its effectiveness in reducing stress and improving patients’ health. At hundreds of clinics around the world, even short-term practice of meditation has been found to offer mental and physical health benefits. Other spiritual traditions may have their own empirical methods to add to this enterprise.

Indeed, at the end of Mind & Life XI, the Dalai Lama himself insists that this is not a religious matter; he prefers to call it “secular ethics.” His greatest wish is not for everyone to take up Buddhism but “simply to try to be a better human being.” The Dalai Lama at MIT and Train Your Mind, Change Your Brain give readers easy access to understanding how this is possible, even if they don’t have a background in science or Buddhism. In particular, Begley’s use of popular metaphors and simple images helps clarify otherwise abstruse technical details. And the upbeat nature of both books encourages hope that we can make positive life changes with the right tools and the right effort.