The GGSC's online course, “The Science of Happiness,” emphasizes the importance of social connection to happiness. But how socially connected are our students—and how does their connection relate to other aspects of their lives, like their age and relationship status?

We have some interesting answers, thanks to data from the survey that we provided to our students at the start of the course. More than 30,000 of them have completed it so far.

This is the second in a series of posts reporting on findings from the survey. The first described how students’ happiness levels correlated with their age, gender, and more.

This time we focus on the power of social connection. Look for more posts as we continue to analyze the survey results, including data on how happiness varies by country. At the end of the class, we’ll also invite students to take a final survey that will help us track changes in happiness from the start to the end of “The Science of Happiness.”

To gauge students’ sense of social connection, we asked them to rate how closely they see themselves in relation to the people they encounter in daily life. We also measured their level of loneliness by asking about their tendency to feel socially isolated.

First, we looked at whether students’ age is related to their feelings of social connectedness. We found that, as people age, they generally feel less lonely and more connected to others; one notable exception is students born in the 2000s, who indicated higher levels of connection than people born in some earlier decades.

These general findings make sense given our previous finding that happiness is marginally higher among older students. 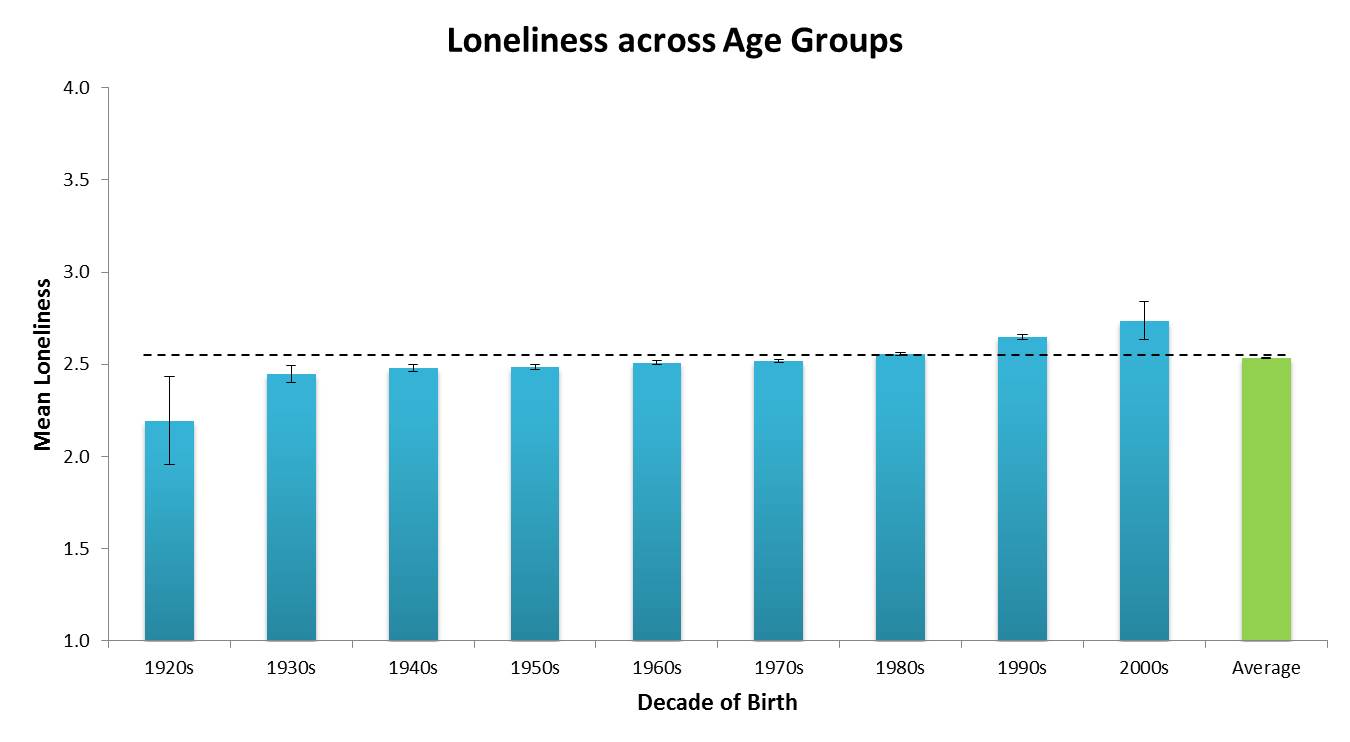 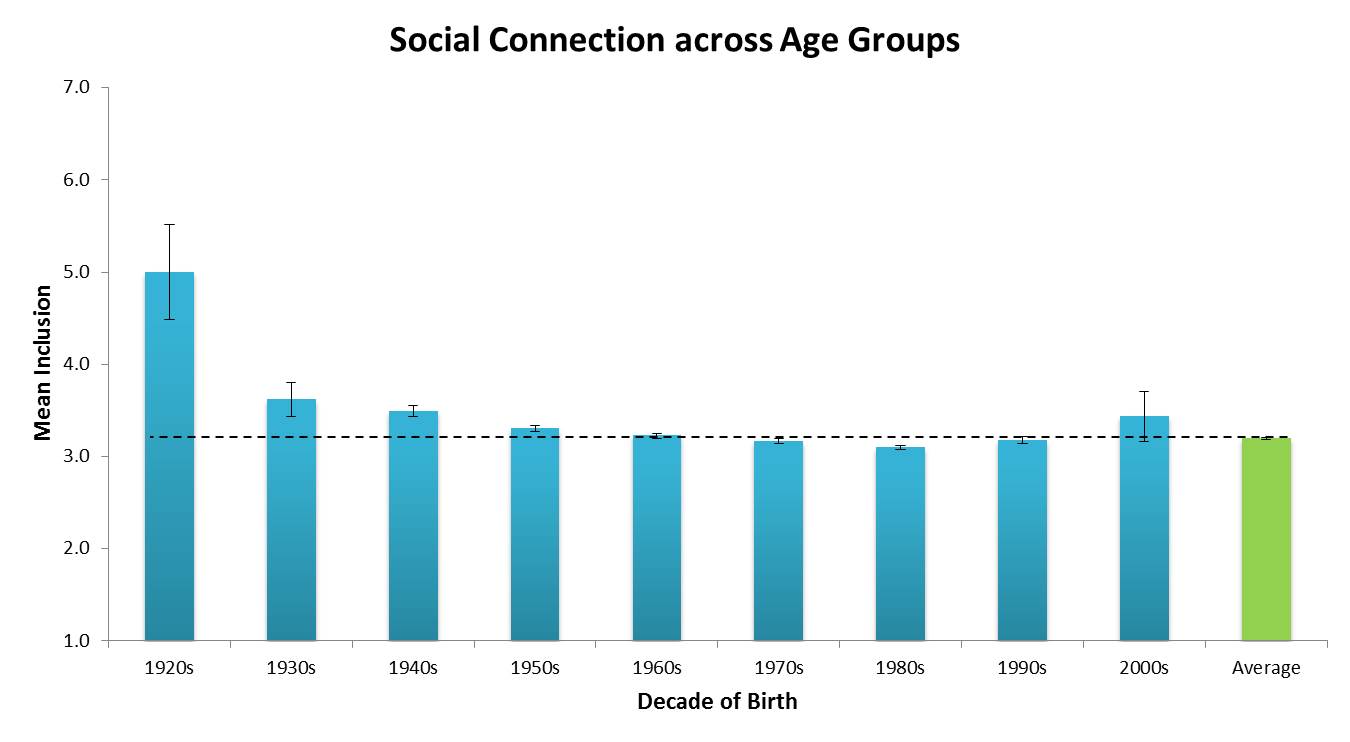 Next we looked at gender. As the figures below indicate, our survey data suggest that females in the class feel somewhat less lonely and more connected to others than males do. 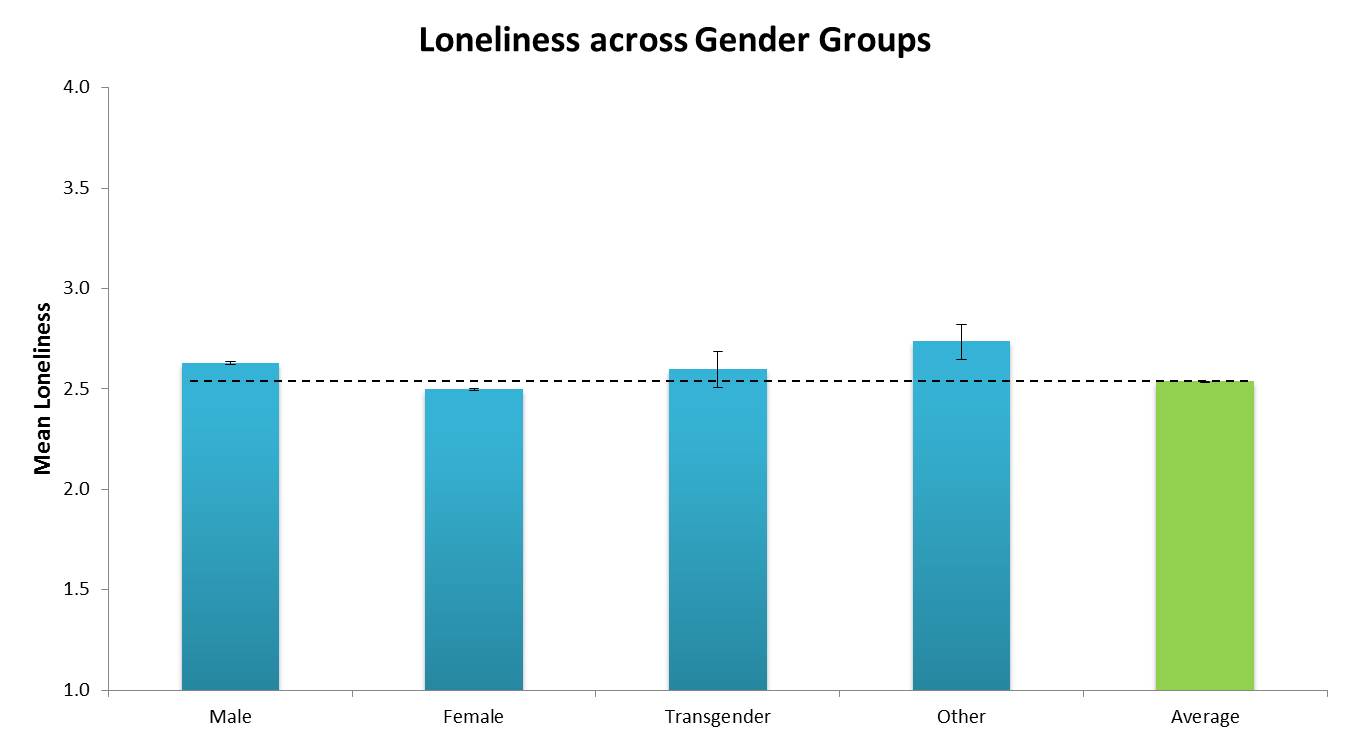 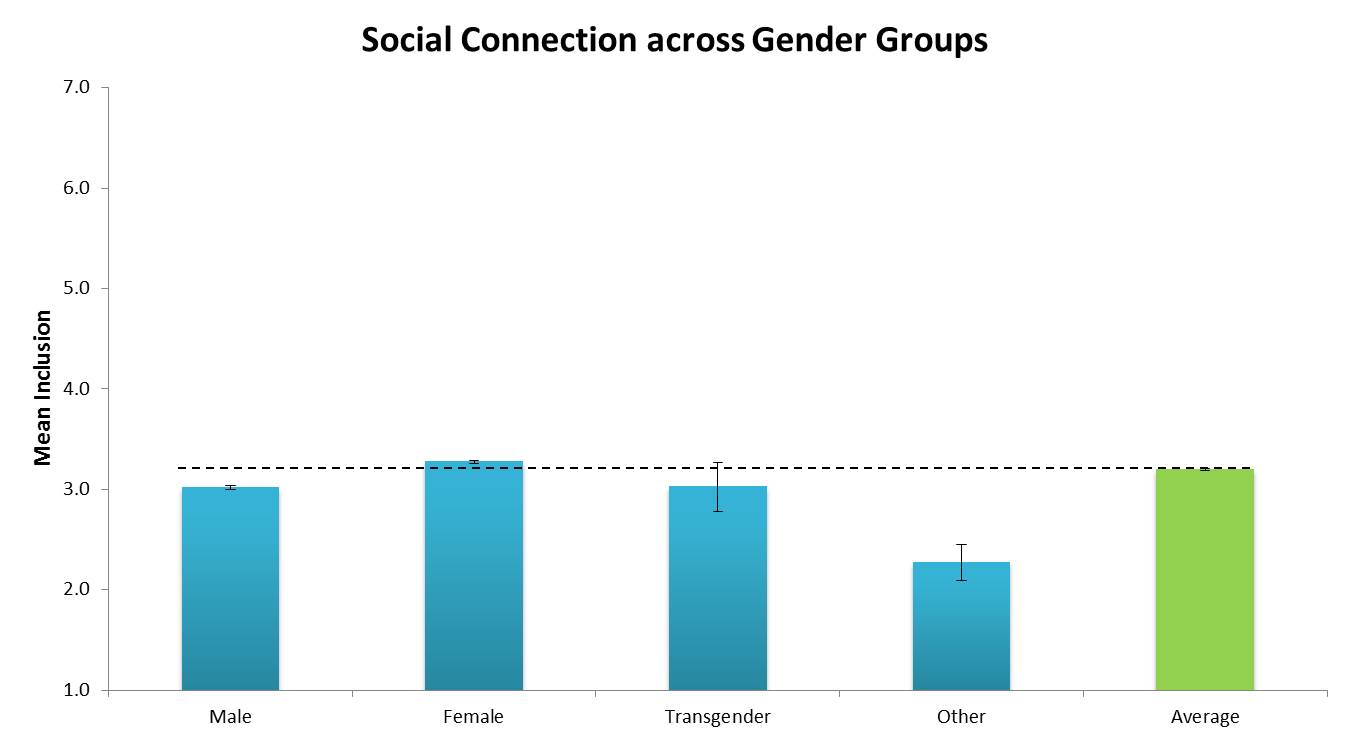 Third, we tested whether our students’ standing in their community is related to their feelings of social connectedness. We measured “community standing” by presenting students with a ladder and asking them to indicate where they’d place themselves on the hierarchy. This isn’t necessarily their socioeconomic status, just their place within a given community. 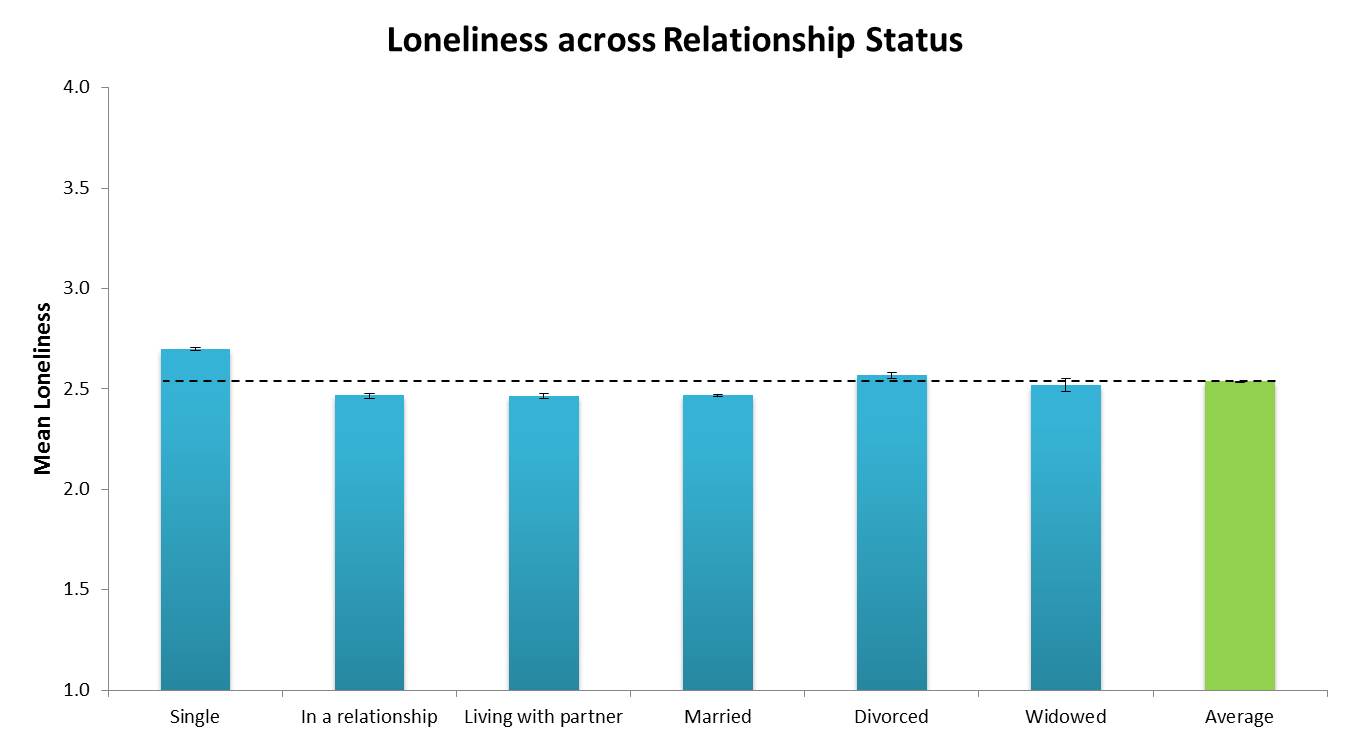 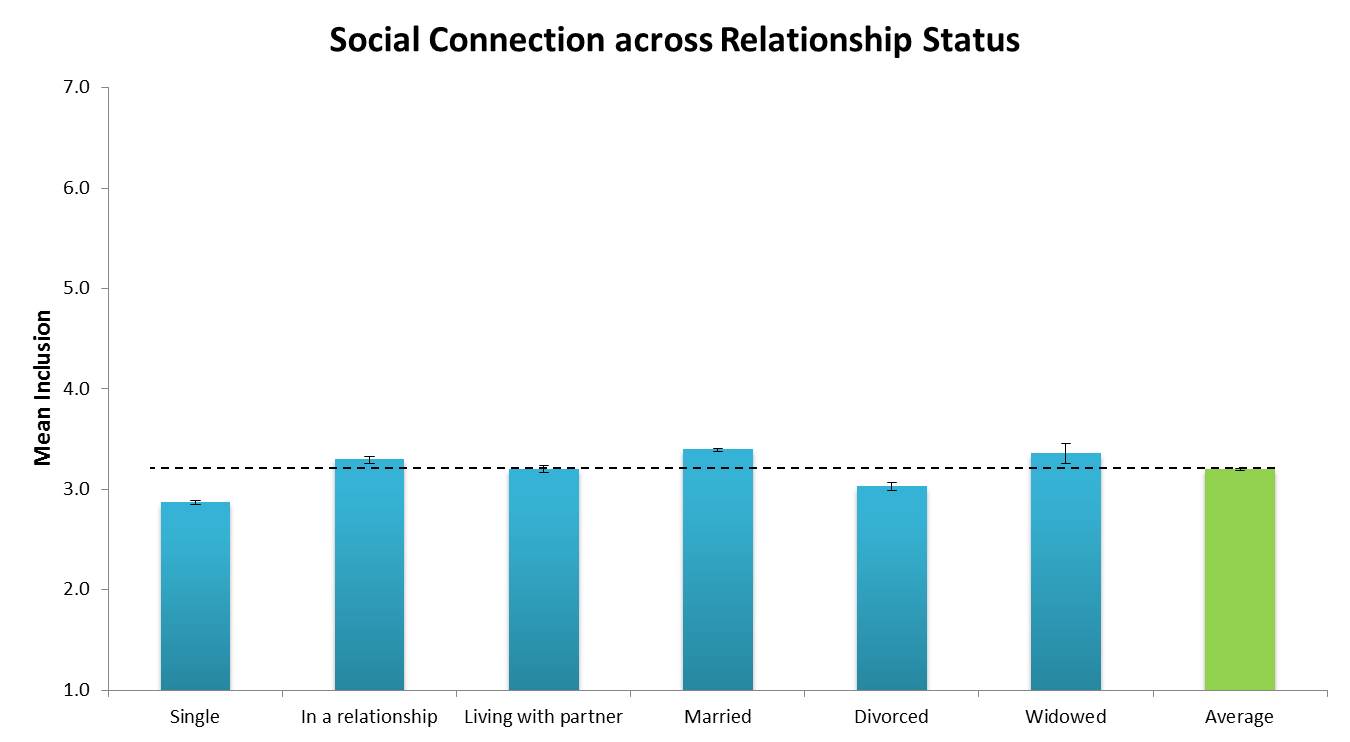 There are more findings to come, so stay tuned!