We seem to be living in a sudden Golden Age of Paternity Leave. In the past two months, I’ve seen glowing news reports of major, influential companies such as Virgin Atlantic, IBM, Ernst & Young, Twitter, Goldman Sachs, Citigroup, Facebook, Bank of America, and Microsoft adopting or significantly expanding their paternity leave policies. Netflix had the latest and greatest announcement that both new moms and new dads can take up to a year of unlimited paid parental leave. That’s practically Swedish of them. 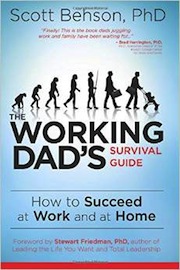 Scott Behson is the author of The Working Dad's Survival Guide: How to Succeed at Work and at Home (Motivational Press, 2015)

I am a long-time advocate for working dads, and I am thrilled by this rapid progress. However, during this exciting sweep of announcements, it is easy to forget that the adoption of paid paternity leave is just a first step in creating societal awareness of the importance of involved fatherhood, and the need for corporate cultures to assist men in their work-family challenges.

In too many companies, paternity leave is simply a policy collecting dust in the employee handbook. Many men who care about their careers feel as if they can’t use paternity leave without significantly hurting their standing in the company and their career trajectory. In fact, even among white-collar dads who had access to paternity leave, most took only a week or so off after the birth of their most recent child—and these are the lucky dads, even after the recent announcements, only about 14 percent of private employers offer paid paternity leave.

This also comes at a time when there is compelling evidence that paternity leave is good for dads, moms, kids, families and employers, and when a majority of male job seekers state that paternity leave policy is an important factor in their decision-making. So, why would so many men leave such a valued and celebrated benefit on the table?

I interviewed dozens of dads for my recent book, The Working Dad’s Survival Guide: How to Succeed at Work and at Home. One dad, who worked at a company with an intense work culture and one of the most generous policies in the country, explains the pressure dads face when considering taking leave:

With about six months before my wife was due, I talked to my employer about paternity leave. I wanted to be upfront and give everyone, my boss, my team, the higher-ups as much time as we could to prepare for my absence, and that they had what they needed to carry on without me for a while. I wanted to do this the right way. I was a high-performing VP at this firm, with three years of excellent performance reviews, and I wanted to make sure there wouldn’t be any problems during my leave that could reflect poorly on me down the line.

When I had a one-to-one with my boss, he asked how much time I was planning to take. The company policy is 12 paid weeks, and I said I’d use it all. This was clearly not what he was expecting, or wanted to hear. He told me that most guys take two weeks and “that seemed more appropriate.” He wasn’t a jerk about it, but it was an early sign that even though the policy was on the books, taking leave might be problematic for my future.

Leading up to my leave, I spent a lot of time working ahead and preparing my team, but the higher-ups kept pressuring me. It was clear that taking my long leave was not OK with everyone. I was on the radar for making wrong decision and worried what this would mean after I returned. The fact that they’d hold me personally responsible for any production loss caused me a lot of stress. So much so that I actually got shingles the week before the baby was due! In the delivery room, I was only allowed to hold my baby with these thick plastic hazmat-like gloves. It shouldn’t have been like that.

Coming back to work, I did fear getting blackballed. I had heard tales of guys being marginalized and subtle things like that. But, it was definitely worth the gamble. I mean, I had three years of great performance reviews and had made the firm a LOT of money. What’s the worst that could happen?

Well, when I got back, there was nothing overt, but the vibe wasn’t great. It was clear I made a bad choice for my future with the company. Another opportunity came for me a few months later and I took it.

As this dad shows, policy is not enough. It takes a change in corporate culture to ensure that paternity leave becomes real. The unfortunate fact is that in many workplaces, it is not safe to “out” yourself as an involved father. Research has shown that men who are visible in accommodating work to their family life, either through using flexible schedules or paternity leave:

Until the attitudes towards involved dads changes, the promise of paternity leave will not be realized. So, how do we get corporate cultures to change? 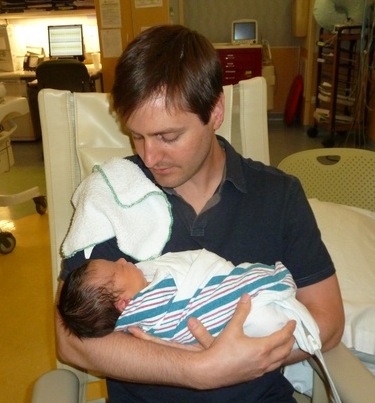 The slow way is to wait for a new generation of leadership to emerge. For example, in a recent Miami Herald roundtable, male CEOs were split on paternity leave (female CEOs were uniformly supportive). Most of those who voiced their support cited how they had juggled work-family issues themselves with their working spouses, as opposed to the unsupportive CEOs who seemed to have dived into work, leaving their wives to run the home.

In the long run, it seems that the differentiating factor for managerial support for paternity leave is when top managers have dealt with work-family pressures in their own lives. As time goes on, this will likely be more common.

Further, the Gen Xers in middle management understand work-family pressures more than the Boomers in the corner office, and the Millennials rising the ranks are full-throated in their desire for careers that also respect time for life.  This means the next generations should do it better than the past generation of leadership.

I don’t know about you, but I’m tired of waiting for the world to change. There’s lots we can do right now to speed the culture change that is necessary for fully supporting working fathers.
If you are a working dad, here are some things you can do:

If you are a manager, you play an especially important role.

An announcement and a shiny new leave policy are just the first of many necessary steps. Corporate culture changes slowly over time, based on the accumulation of thousands of small actions. Leaders must lead, but we can all play our part in moving culture change along.

Working dads will truly get the support they need only when companies, managers, and society recognize that involved fatherhood is completely normal, and that being a great dad is not incompatible with being a great employee. There’s also a role for political action. Working-class men need these policies as much, if not more, than white-collar counterparts. Making paid leave the law of the land will help all American men, not just the ones corporate America competes for.

It’s time we all created the culture change we wish to see. After all, when working dads are supported, families are stronger. Work-family is not just a woman’s issue. It’s a family issue that affects us all.