“We’ll always have Paris.” Or will we?

A new study published in the Journal of Personality and Social Psychology indicates that hoping for lifelong memories of a happy time might only be wishful thinking.

While it’s common to anticipate the joys of looking back on something as special as a romantic trip to Paris, for instance, the study finds that we often overestimate how much we will actually think of, or talk about, these pleasant memories. Indeed, it suggests that the more people expect to remember, the higher their overestimation will be. 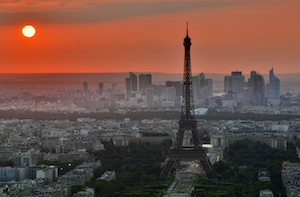 Part of the problem is that we forget to remember. We think we will remember this experience forever—but don’t factor in the distractions of everyday life, which render that fond memory harder and harder to access.

Stephanie Tully, assistant professor of marketing at USC Marshall, and Tom Meyvis, marketing professor at the New York University Stern School of Business, conducted two experiments. They found that participants who thought about a future experience predicted they would think about and talk about their experience more often than other participants reported actually having done for a past experience.

The authors then demonstrated these effects in longitudinal studies, where they could examine the same participants across time. In one study, participants went to a U.S. Open tennis tournament and one day later predicted they would reminisce much more than they reported doing two months later. Moreover, the more they enjoyed the tennis matches, the more they overestimated.

In other studies, Tully and Meyvis found that this overestimation extended to other forms of retrospection, like looking at photos from an African safari and tweeting about Beyond Wonderland, an expensive music festival.

The studies indicated that this effect isn’t because people lose interest.

“Importantly, the desire to retrospect does not change over time,” Tully said. “Instead, past experiences become less top-of-mind over time, and, as a result, people simply forget to remember.”

In a final study, the researchers looked at the impact of buying mementos. Specifically, people who purchased merchandise or professional photos of the studied event (a fun run) did not predict they would recall or talk about the race more than others, but two months later they did report talking about the experience and looking at photos more often. Importantly, having access to digital photos was not as effective.

“These results are consistent with the view that actual retrospection is strongly dependent on the accessibility of the experience, which is aided by visible mementos,” Tully and Meyvis wrote.

In other words, if you want a souvenir, go for it. With that miniature Eiffel Tower sitting on your desk, you’ll definitely always have Paris.

This article was originally published on USC News. Read the original article.