Kids should be kind. That’s a sentiment with which most parents, educators, and picked-on siblings would agree.

The research bears them out: Not only does kindness seem to make kids happy, but it also benefits them later in life. Kindergarteners who are kinder and more cooperative are more likely to avoid drugs, stay out of jail, finish college, and find a job. High schoolers who volunteer for just 10 weeks lower their risk of cardiovascular disease. 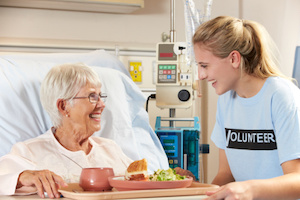 But according to a new study, not all kindness is created equal. Researchers at Brigham Young University and the University of Missouri surveyed 500 American teens starting around age 13 and followed them for two years. They found that teens who were more helpful toward family members and strangers tended to stay out of trouble, but teens who were more helpful toward friends did not.

In other words, the recipient of kindness matters.

The researchers initially asked teens how kind and helpful (or “pro-social”) they were. Helpful teens agreed with statements like “I help people I don’t know, even if it’s not easy for me,” “I go out of my way to cheer up my friends,” and “I really enjoy doing small favors for my family”; unhelpful ones tended to disagree.

As expected, after two years, pro-social teens were getting into less trouble: They were less aggressive, exhibited less delinquent behavior (for example, stealing or cheating), and were less likely to have fallen in with a bad crowd. But that wasn’t the whole story.

In a further analysis of the data, the researchers discovered that teens who were more kind toward strangers exhibited less aggression and delinquency two years later. Teens who were more kind toward their family also misbehaved less and tended to stay away from troublemakers, but the effects were indirect. (These teens were more likely to have warm, loving, and understanding mothers, and this supportive relationship predicted their good behavior.)

Teens who were more kind toward their friends actually fared worse: They were more likely to be stealing, lying, or otherwise misbehaving at the end of the study.

This surprising finding starts to make sense if we recognize that kind, helpful behavior isn’t always driven by pure altruism. When a friend asks to copy your homework, you say yes—and not just because you’re an incredibly generous person. Teens may share their lunch or offer car rides because of peer pressure and the desire for acceptance, and those peers they want to fit in with may not always be the best influences. In fact, anxiety was tied up with friendship in the study: The teens who were most connected to their best friends became more anxious as the study progressed, and the more anxious teens became more kind and giving toward their friends. Adolescent friendships can be fraught with insecurity and worry.

These dynamics don’t come into play with people we’ve never met and may never meet again, though; helping an old lady cross the street won’t earn us belonging or popularity, for example. In this sense, kindness toward strangers may be a more straightforward indication of teens’ character.

(Along these lines, I’ve always heard that you shouldn’t date a man who is rude to waiters. He has reasons to be nice to you, but the real test of goodness is whether he treats strangers with kindness and respect. As Aristotle said, the mark of virtue is to be virtuous toward the right people and for the right reasons.)

How can parents encourage teens to be nice to strangers? Model kindness yourself, praise kindnesses they already perform, and help them find new opportunities, such as volunteering. Kindness toward friends isn’t problematic on its own; but it is a bad sign if your teen is kind to her friends yet treats family and strangers indifferently—or worse.