Are you feeling disillusioned? Have your politics gotten a little more radical of late?

The two questions may, in fact, be closely related. That’s the conclusion of new research, which links increased political polarization with the painful experience of having one’s cherished assumptions shattered. 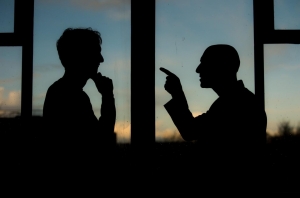 The researchers argue the seeds of our absolutist attitudes are found in our increasing tendency to live in political and cultural cocoons.

Disillusionment, in turn, “inspires efforts to search for meaning and understanding.” This quest often prompts people to double down on their pre-existing belief systems, leading them to endorse more extreme views.

Maher and Igou demonstrate this dynamic in three studies, which they describe in the journal Social Psychological and Personality Science. The first featured 108 Brits who were surveyed on June 24, 2016—the day the results of the Brexit referendum were announced.

Participants noted how they voted, and expressed the degree of disillusionment they were feeling, both about the referendum and in general. They were then asked to rate themselves politically on a scale of one (extremely liberal) to seven (extremely conservative), and to give their views on three hot-button issues.

The second study featured 243 Americans who were surveyed the week before, and again the week after, the 2016 presidential election. On both occasions, they indicated their level of disillusionment. Their political ideology was measured by the strength of their agreement with statements such as “Health care should be provided by our government and accessible to all.”

“The results of the election led to increased disillusionment levels among Clinton voters,” the researchers write, “which in turn predicted a shift toward a more left-wing political stance.” In contrast, Trump voters did not feel more disillusioned, and their ideological positions remained the same.

The final study featured 234 people recruited online. Half were asked to “think of a worldwide issue that makes you feel most disillusioned”; the others were instructed to ponder “an ordinary event in your life.” All were asked to describe the topic, and the emotions it evokes in them, in detail.

They then noted how disillusioned they were feeling, and replied to statements such as “After (doing this) writing, I am motivated to find more meaning.” Finally, they were asked how likely it was they would engage in future political activities, including those that involve illegal actions.

“To halt the slide into cumulative polarization, the underlying causes of mass disillusionment should be addressed”

Not surprisingly, those who wrote about disillusionment felt that emotion more strongly than those who did not. Tellingly, they also “reported more extreme political activism intentions.” This was true for both liberals and conservatives.

Maher and Igou conclude that “to halt the slide into cumulative polarization, the underlying causes of mass disillusionment should be addressed.” That won’t be easy: It’ll require reversing the prejudice-reinforcing media habits we’ve acquired in the cable news and Internet eras, and opening ourselves to a range of ideas.

That doesn’t mean giving up your beliefs, but simply acknowledging that others—many others—have a different point of view. If our cherished assumptions about our fellow citizens are periodically challenged, the events that disprove them might not be such an attitude-hardening shock.

This story originally appeared as “The Emotional Roots of Political Polarization” on Pacific Standard, an editorial partner site. Subscribe to the magazine in print and follow Pacific Standard on Twitter to support journalism in the public interest.