When a friend passes away, we often turn to our social circles for support. But now that we live part of our lives online—and may even learn of people’s deaths online—what does grief look like in the digital world?

Researchers from Northeastern and Harvard Universities and UC San Diego conducted the first large-scale quantitative study that explored what happens to social networks after a death. Their findings raise more questions than they answer, but they suggest that our online networks may have built-in mechanisms to help mourners fill the void after the loss of a friend. 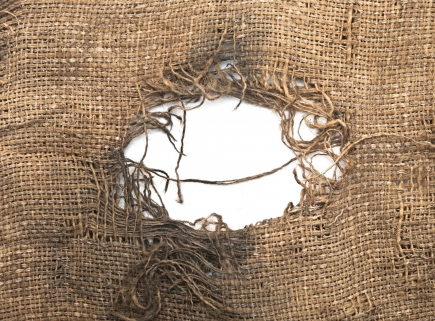 From 2011 to 2015, researchers William R. Hobbs and Moira K. Burke studied the interactions of millions of California users of the social-networking giant Facebook. Each Facebook user was considered to have a “network” that consisted of all his or her Facebook friends; each person’s level of activity was measured by posts, comments, and photo tags. (The data were aggregated and names were removed during analysis to preserve users’ privacy.)

The researchers observed more than 15,000 social networks on Facebook in which the person at the center of that network died, according to public records. And they compared that data to more than 30,000 social networks where no loss occurred. Based on communication patterns, they were able to classify certain connections as close friends of the one who died, and others as acquaintances.

For adult users who suffered a loss, their Facebook activity increased by 30 percent; for young adults ages 18 to 24, that number was as high as 60 percent. The interactions among close friends of the deceased stayed highly elevated for a year, while the interactions between close friends and acquaintances peaked for several months.

After losing a dear friend suddenly or due to an “unintentional injury,” such as an accident or drug overdose, people of all ages interacted more with one another than after an expected death, such as from illness. People who experience a sudden loss may need more support than people who have time to prepare for one, the researchers suggest.

Hobbs and Burke believe that these interactions could provide an important benefit to the mourners’ mental health. People who bond online in the face of a death may recover more rapidly than those who remain more socially isolated.

“For adult users who suffered a loss, their Facebook activity increased by 30 percent; for young adults ages 18 to 24, that number was as high as 60 percent. ”

―"Connective recovery in social networks after the death of a friend," by William R. Hobbs and Moira K. Burke

“Even small increases in online social network activity…have the potential to be meaningful,” they conclude. While psychological treatment for grief typically doesn’t occur until much later after a death, this research suggests that reaching the afflicted earlier could be helpful.

Why might social networks respond so quickly in boosting activity after a loss? Perhaps, the researchers believe, people have a drive to replace lost friendships in the face of a death. Crises can forge bonds between people, thus reducing social isolation.

Still, many questions remain unanswered, and the experts call for more research to be done. For example, how long do social networks formed after a loss last? And do online interactions behave similarly to those offline? How might they differ?

No matter the answers, in our age of hyper-speed communication and 24/7 connectivity, this phenomenon may be part of the healing process for those working through grief.