In the waning days of 2015, I decided to mark a milestone birthday by simply saying “thank you.” My plan was to write one letter each week of that year to someone who had helped, shaped, or inspired me on the road to the person I am today. Nothing fancy: just one gratitude letter at time. I later called this letter-writing spree my Thank-You Project—and it would change my life in a profound, positive, and lasting way. 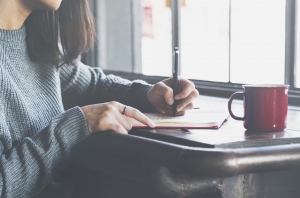 I have discovered that writing a “gratitude letter” is one of the most common prescriptions from researchers looking for a way to elevate gratitude levels in their everyday lives. In fact, that’s often how scientists test their theories: They have the experimental group write a letter expressing appreciation to someone, while the control group is, I suppose, denied access to stationery. It turns out that gratitude is a heady tonic for both the giver and receiver, which shows up in brain scans. Just think: You can replicate their studies, only without making the trip to a lab.

After I wrote each letter that year, I made a copy to keep before dropping it into the mail. At the end of writing fifty of them, I bound the letters together into a book. The reminder that letter collection on my nightstand gives me even now of all the different ways I have been supported throughout the years, the tactile heft of a book in my hands that reminds me that a whole team got me to where I am today, is powerful medicine. It leaves me, to use a favorite phrase cribbed from my friend Jill (Letter #10), “suffused with a sense of well-being.”

Despite its profound impact, the Thank-You Project comes down to three simple steps, done repeatedly:

The first letter I wrote when I started my project was to my mom. I figured I owed her that, having lived rent-free in her uterus for nine months. I have always been close to Mom, grafted to her hip in the waning years of the 1960s as she took my older siblings to Little League practice and Scouts and after-school bowling at Clover Lanes. Mom and I even look alike. When I gave birth to Maddy, Grandma-to-be was in the delivery room, and the first thing the obstetrician said after she caught my newborn daughter was, “Wow, she looks just like you. And you look just like your mom!” Anyone passing down genes with that much mojo deserved the top spot on my thank-you-letter list. 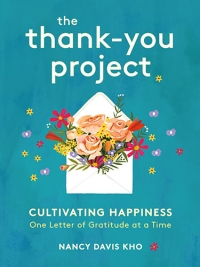 Adapted from THE THANK-YOU PROJECT: Cultivating Happiness One Letter of Gratitude at a Time by Nancy Davis Kho. Copyright © 2019. Available from Running Press, an imprint of Hachette Book Group, Inc.

The other reason I prioritized my mom is that she had been diagnosed with dementia about five years earlier, and her cognition was slipping away month by month. I hoped that by writing her almost as soon as I came up with the idea for this project, I would manage, for a short moment, to put a pin in the disease that was slowly robbing Mom of her words and memories.

You could, of course, start your letter to your mom by thanking her for the gift of birth, but I felt like that was so fundamentally huge and obvious as to be almost meaningless. Instead, my letter to Mom tried to capture some of the highlights of a childhood that was remarkable by being, by all standards, unremarkable. Thanks to the magic of reading memoirs, I have learned as an adult that all those things I took for granted as a kid were miraculous gifts. I mean, if you need reasons to appreciate your boring family, go read Angela’s Ashes by Frank McCourt, or I Know Why the Caged Bird Sings by Maya Angelou, or Educated by Tara Westover. The predictable, loving, and comfortable home in which I grew up may have scuttled my hopes of writing a bestselling memoir about my tortured childhood, but I wanted Mom to know that, as a mother myself, I understood the hard work that had gone into creating our stable home life.

In fact, it was the solid reassurance of my mom’s permanence that allowed me to pursue my goal to get the hell out of my upstate New York hometown as fast as I could. From the age of fourteen, I was determined to be an urban cosmopolitan with a stamp-filled passport and a boyfriend who had an accent and maybe wore eyeliner—blame Adam Ant in the “Stand and Deliver” video. I could afford to be cavalier about leaving my hometown behind because I knew in my core that my mom would always be there to go home to. I could afford to take risks because I had a safety net built of steel-cable-strength love.

Mom’s reaction to the news that I had taken a job in Munich at age twenty-two was, in fact, one of the anecdotes I included in the letter. At the point I wrote her letter—almost thirty years after I had taken the job, and with daughters nearing the age I was when I took it—I had finally achieved the perspective to properly acknowledge what it must have felt like to Mom when I called that day.

There is one memory that will never, ever cease to astound me about you: when I called to tell you I got a job in Germany after college. You said, “That’s great! I’m going to call you back.” And you hung up on me, something you’d never done before or since. Even at twenty-two I realized what you were doing: gathering yourself so you could really rejoice at my news. A few minutes later, you called me back and did just that. Here I am at fifty, already a little freaked out about Maddy moving to the East Coast for college, and I. Do. Not. Know. How. You. Handled. That. So. Gracefully.

The generosity with which my mother let me go made all the difference in my life. The German job lasted for two years. I even got the boyfriend with the accent, though he never wore eyeliner. Then, I came back to the States to pursue a graduate degree in international management at a school where I met my husband Andrew. If Mom had balked or cried or tried to talk me out of moving so far away when I called her that spring day in 1988, I don’t know where I would be. But I cannot imagine it could be better than where I have landed.

There are other territories to mine for this one. Did your mother or stepmother welcome your partner into the family? Has she been an involved grandparent? Did she stake you when you opened a new business? Teach you how to make the perfect pie crust, for which you are now renowned? Or did she, in her choices, give you a template to avoid when you reached the same decision points? Does a strained relationship with Mom induce you to properly value the loved ones who are kind to you? That’s all source material for this letter.

After I sent my letter to Mom, I called her to make sure she had received it. I was eager for her detailed reaction, of course, maybe a memory she would share about the kid whom she used to call Little Peanut. 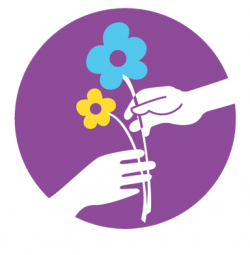 “I did!” she said. And then, after a few stuttering attempts to converse, she went back to the topic on which her mind and mouth could still reliably coordinate: John Denver, and, specifically, a certain John Denver impersonator who plays a few shows in Rochester every summer. “You know he’s coming back,” she said.

“John Denver’s coming back? He’s still dead, Mom,” I teased her. Mercifully, Mom’s sense of humor remains, despite the disease.

I am sure that the love my mom had for me throughout my life is intact inside her, regardless of how clearly she can express it now. But did she understand when I wrote to her, “I’m saying now what I was too young and dumb to understand as a kid: You are the root source of the happiness and stability of my life”?

That, I don’t know. But I’m glad I didn’t wait even a day longer to write it.