Gratitude makes us happier, healthier, and more empathic; it may even help us live longer, says the research to date.

There are specific ways to cultivate gratefulness—and journaling is one of the best documented. The Greater Good Science Center built a free, online platform to make gratitude journaling easy for anyone in the world with an internet connection. Our early observations showed that using Thnx4 predicted more gratitude and less stress and loneliness, among other benefits to health and well-being. 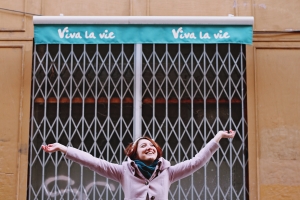 On Thnx4, people rate each gratitude experience on a scale from “Made me momentarily smile” to “Made my whole day glorious.” For this new analysis of 4,000 gratitude expressions posted between January and July of 2017, we asked: Which forms of gratitude and which styles of gratitude journaling had more impact on the quality of a person’s day?

Our findings confirmed some existing observations about the benefits of gratitude journaling—suggesting that Thnx4 works as well as writing in your spiral-bound notebook—but we also noticed some interesting and new patterns that we can use to leverage the most from our gratitude practice.

Here are some useful insights.

1. Saying “thanks” out loud has the most positive impact on the thanker

Culture plays an important role in the ways gratitude is felt and expressed. For their part, Americans are very grateful—they just don’t tend to say so.

That’s also what the John Templeton Foundation found in their gratitude survey. They call it a “gratitude gap,” explaining that “90 percent [of Americans] are grateful for family and 87 percent grateful for friends.” But only half of women and a mere 44 percent of men says “thanks” aloud on a regular basis.

We kept this in mind during our analysis of Thnx4 posts, and something caught our eye: Many more people reported stronger positive impact on their day when they had actually said “thank you” to the person to whom they felt grateful. 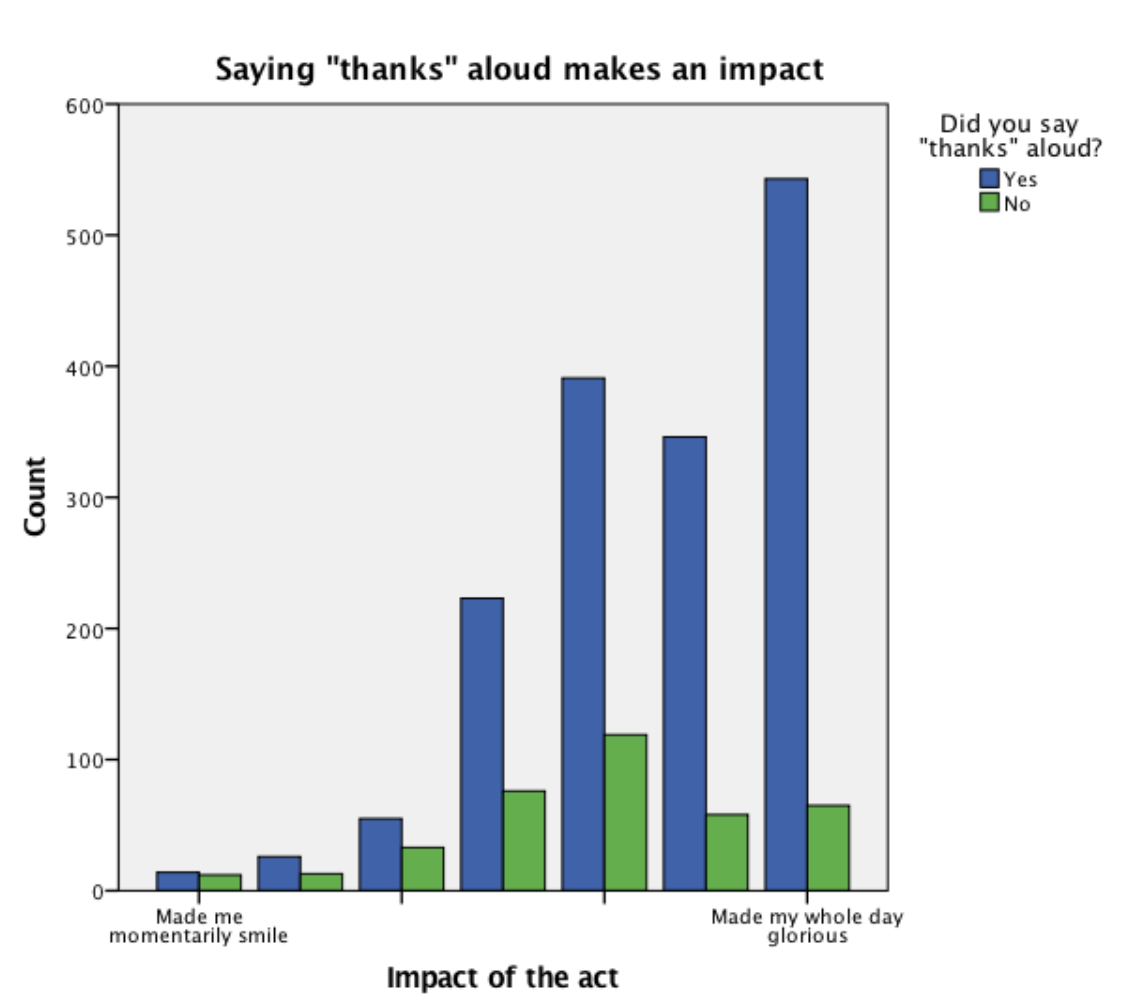 It made a difference to say the words, rather than just post them on Thnx4. If people did, they were significantly more likely to report that their experience of gratitude “made their whole day glorious.” Despite this, two out of ten people reported not thanking the person that they were journaling about on Thnx4. In fact, people were more likely to make their post on Thnx4 private (rather than share it publicly with the Thnx4 community) when they were expressing gratitude for, or from, someone rather than gratitude for something. 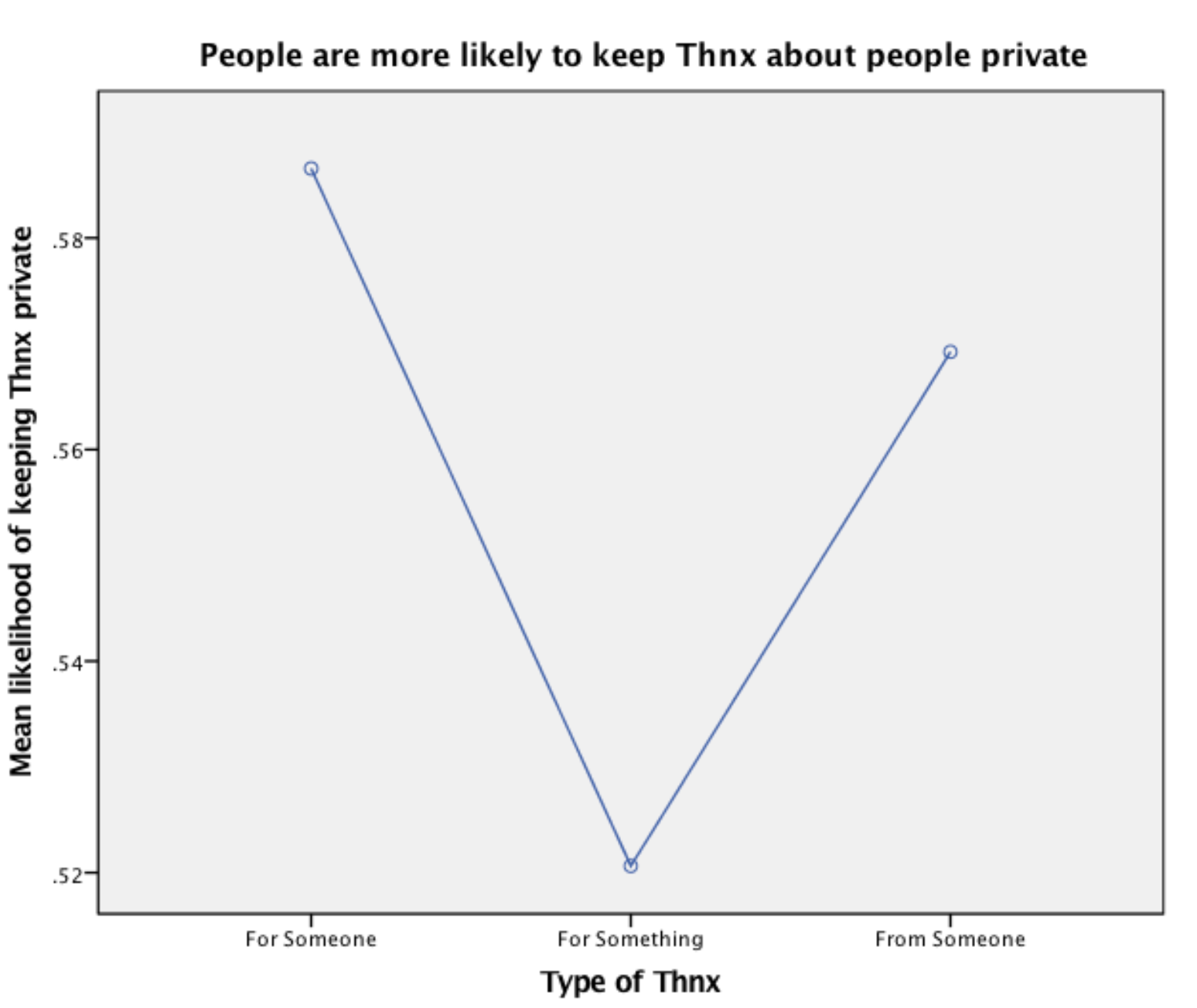 So, just when it is most important to express gratitude aloud to maximize its impact—to other humans—is when people seem most likely to keep it to themselves.

2. We are very thankful for family—but we don’t like telling them

These findings indicate that family members are typically the first to come to mind when we begin to reflect on and journal our gratitude, but we are least likely to tell them so—even though telling them would make us happier (and it would probably make their day better, too).

If we said thank you aloud to our parents, daughters, and brothers, we could strengthen our own gratitude and make them feel good at the same time.

3. Give public thanks for the good things people do, not things we buy

Another interesting misstep: Anecdotal feedback suggests that publicly expressing gratitude for things—typically a fine possession, a lovely opportunity, or a privilege—can make other people unhappy, probably because it stimulates envy or just awareness of what we don’t have.

However, reading posts that describe people helping one another has the opposite effect: They more often elevate and inspire readers, and can even prompt the viral spread of gratitude.

Yet people on Thnx4 are more likely to share the “for something” than the “for someone.” Can we shift this habit and prioritize saying “thank you” for—and to—the people that bring goodness to our lives?

Posts about feeling loved made the greatest positive impact. Of all the posts that people rated as having “made their day glorious,” feeling loved, important, and appreciated were the most common themes.

Out of the 2,013 Thnx4 posts that described gratitude towards someone, the word “loved” appeared 154 times, “important” appeared 53 times, and “supported” appeared 30 times. “Appreciated” and “cared for” both appeared 40 times.

One user wrote: “M. made me a special sweet and sour pork dish when he was feeling poorly yesterday and brought me home some books because I’d said I wanted to read something good again. I had a lovely tea and felt very loved and cared about. It was so sweet.”

Another wrote: “My dad recently passed away. I am so grateful to have had him in my life and to know that he cared tremendously for me. He wasn’t shy about telling me how much he loved me.  I will treasure those memories forever.”

Yet another described becoming so sick she needed to go to the hospital: “Afterwards I realized how many people worried about me and how lucky I am to be loved and cared for. There were people that even offered to take me to their home.”

Our analysis also showed that, over time, posts on Thnx4 were rated as having more and more positive impact. So the longer you stick with your gratitude journaling routine, the better you feel.

Unfortunately, people tend to stop after their second or third post (rather than completing the initial Thnx4 Gratitude Challenge of ten posts). Many did not stick around long enough to enjoy the full benefits that gratitude journaling has to offer. The people who did tended to reap large emotional benefits. 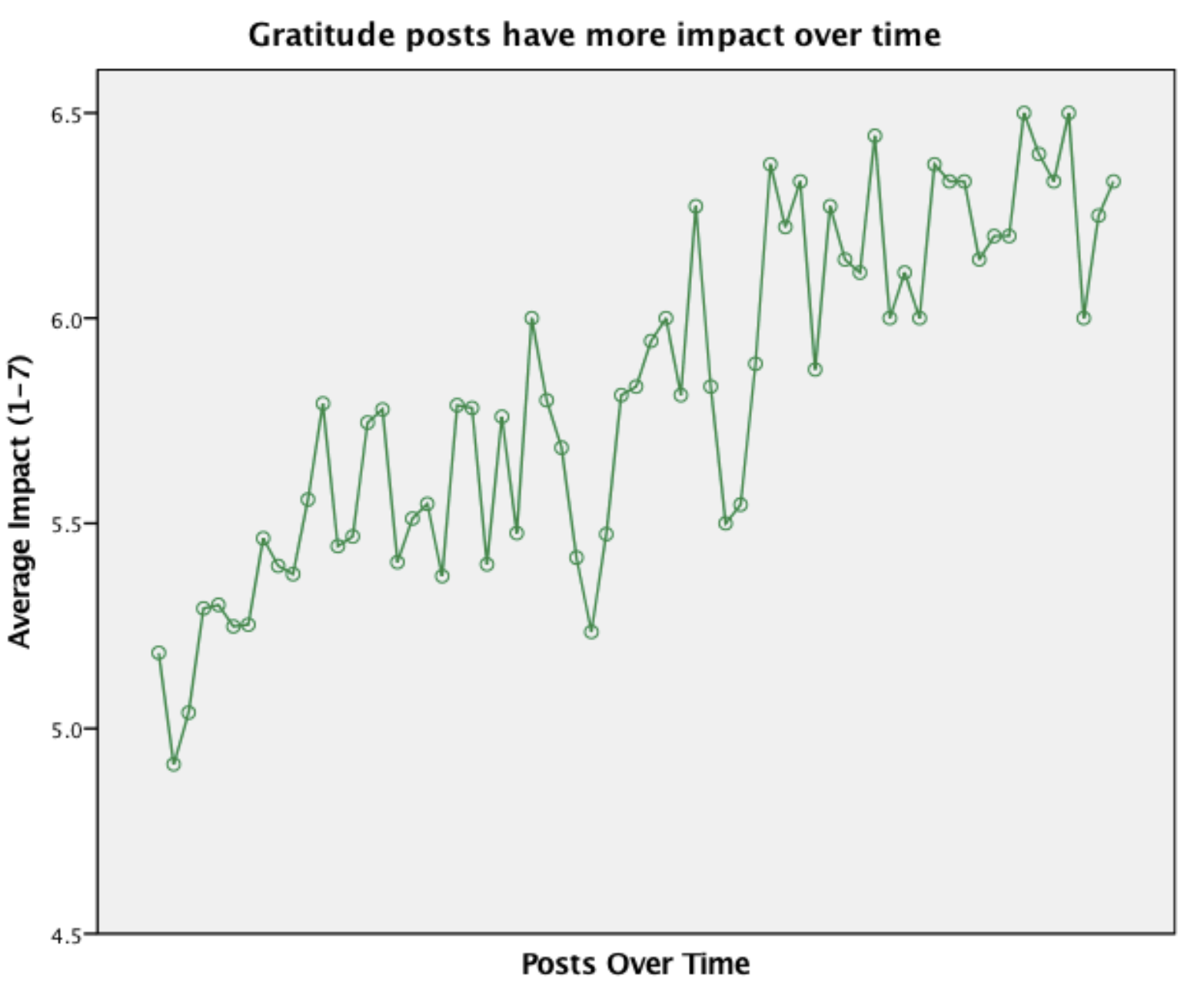 For those who stuck with the gratitude challenge, people felt more and more of a positive impact from their gratitude with each post. They also reported feeling more satisfied with life and less lonely.

Why? We don’t know for sure, but the data suggest that regularly writing about gratitude builds up a habit and enduring mood—an attitude of gratitude. Journaling helps us to see others, ourselves, and our world through a thankful lens.