As a parent of adolescents, I’ve often worried about their health and happiness. They seem to be under a lot of social and academic pressure, suggesting they need more guidance from me to help them get through. But how can I support their independence and autonomy while making sure they don’t fall through the cracks or become depressed or anxious?

To find out more about how parents can best help their budding teenagers, I spoke with Ron Dahl, a neuroscientist and professor of human health and development at the University of California, Berkeley. 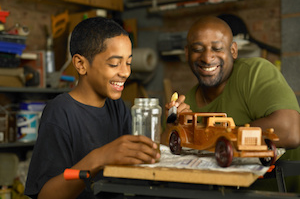 Dahl, one of the leading experts on adolescent development, has spent years studying depression, anxiety, and sleep disorders in adolescence, using intervention studies and, more recently, fMRI technology to increase our understanding of what’s going on. His findings have helped uncover the neural underpinnings of adolescence and have led to some interesting discoveries about the role of social supports in teen life. They point the way toward helping our young teens get what they truly need during this very risky yet exciting time of life.

Jill Suttie: Why do you think it’s important to do neuroscience research with young teens?

Ron Dahl: We don’t think that we’re doing primarily neuroscience research; we’re doing developmental science research, and an important dimension of teen development is their biology and how neural systems develop. That said, people have become overly enamored with brain science, and sometimes it’s naive. Ninety percent of what we’re going to learn from neuroscience, any really wise person would say anyway; but that other 10 percent matters. There are some things that are counterintuitive—that are unique insights—and the value of science is to provide those kinds of insights. Still, it should always be a two-way street; it should inform the real world. The teachers, the parents, the clinicians you’re dealing with should drive the science and vice versa.

JS: Speaking of counterintuitive, some of your research suggests that parents—maybe even more than peers—have an important role to play in helping prevent adolescent depression. How do parents affect their young teens?

RD: In that transition from childhood to adolescence—or early adolescence—both parents and peers are very important. In that 9- to 14-year-old range, kids become more interested in being admired and respected. We don’t know exactly what it is that kids become sensitive to, but it’s something about status, being accepted, belonging, being admired, and being valued that becomes more salient. And that makes sense. Anthropologists who study kids across a lot of different cultures will talk about how reputation effects become important in adolescence.

People think that for adolescents, it’s all about peers and peer groups; but it’s not only that. They care and value being admired by adults, too—caring teachers, coaches, and parents. Yes, there’s an increased salience around peers, but it’s not one or the other, and there are individual differences. For some kids at higher risk for anxiety or depression, it seems as if the parent role may be more dynamic and more important for longer. If they are struggling with issues of self-identity and where they fit in, it may be because those things are precarious for them, and a parent can provide extra scaffolding that helps them get through.

JS: But how do you get adolescents to listen to you, especially depressed adolescents?

RD: The principle is simple; but applying it is very, very challenging. One of the techniques I use is motivational interviewing or motivational enhancement. What you’ve got to do is ask your adolescents a series of questions or get them to reflect with you a little bit, helping them identify something they want to do, and then giving them some approaches or ways to think about their situation. If we wait until things have unraveled to a large degree, coming in as a parent and trying to change them is really hard to do in these delicate ways. Staying involved and monitoring and building on your relationship can help promote autonomy in a way that actually brings you close.

JS: Your research has shown that adolescents need a lot of social support, and that this is reflected in their brain physiology. How do you explain the relationship between social support and physiological changes in the brain?

RD: First of all, there is no experience we have that doesn’t have some biological form. For example, we use a term—social evaluative threat—to talk about the fear one feels that someone’s going to evaluate you. More than for physical danger, social evaluative threat creates a powerful physiological response, because for much of human history, being accepted within the tribe was important for our survival.

Interestingly, even though the most dangerous thing we do in modern society is to drive 70 miles per hour down the Interstate, we don’t have much arousal in those situations. But stand up in front of people and tell something about yourself, and your arousal level will be really high. For adolescents, the intensity of emotion around being evaluated is even more remarkable. Neural systems evolved to make those assessments—to be extra vigilant in adolescence with respect to: Am I valued here? Do I fit in here? Do I belong?

What’s relevant about that for anxiety and depression is that depressed and anxious young people replay these questions over and over through rumination and worry. Think about an experience when you were in middle school where you made one tiny mistake—maybe you were misunderstood or someone disrespected you in some way or you felt embarrassed. Those experiences cause a powerful physiological response. And if you mentally replay the scenario over and over, each time the neural systems will fire and fire. The physiological correlates in the brain are just reflecting patterns of behavior and emotion that get activated in those situations.

JS: Knowing that adolescents are focused on social scrutiny, it seems that being able to manage one’s worried thoughts and emotions could be beneficial for navigating that successfully. What can parents do to help their teens this way?

RD: The feeling of being valued and competent, feeling good about ourselves, is shaped a little by what people tell us; but it’s shaped a lot by our experience of actually being competent. This is important, because sensitive parents have the right idea: They want to say the right thing and give their kids a message that they are good at something. But that may ring hollow if you’re telling your child he’s a good student and he gets a bad grade, or if you’re telling your child she’s a good athlete, but she doesn’t make the team.

What’s needed instead is a mastery curve experience—where your kids work at something, they struggle, but they get better and better at it. A mastery curve creates one of the most solid supports for adolescents, and it’s rewarding, too. It’s part of the reason why kids who won’t spend three hours a day doing anything else will spend 14 hours a day playing video games.

One thing we learned about helping kids with anxiety is that you can give them all the cognitive information in the world about how something’s not dangerous, and it will have no effect on their behavior. They need to learn through their own experiences—such as graded exposure, where they face something a little difficult, see they can handle it, then try something a bit harder still. Kids at this time of life naturally become bolder, more exploratory—even kids who are anxious become a little more sensation-seeking. This is an opportune time to help them find a path to mastery, through patterns of experience.

JS: How can parents support their kids in gaining mastery experiences? 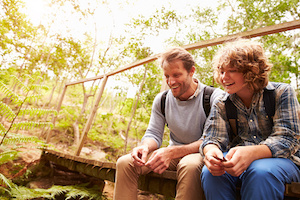 RD: We developmental scientists tend to use the term scaffolding a lot. The idea is that parents provide support; but you only use scaffolding to the point that it’s needed. The art of weaning this away is where the action is. Anything that feels like a parent trying to direct a kid toward what they [the parents] think the adolescent should do is likely to be counterproductive.

If you think about the need to be admired and valued, the implication of having some adult tell you what you should do makes you feel diminished. Even if 90 percent of what you say as a parent is useful information, what youth hear is the 10 percent that makes them feel incapable. The fact that they aren’t fully capable of making decisions themselves is beside the point [to them].

I love the quote by Maya Angelou: ‘People will forget what you said, they will forget what you did, but they will never forget how you made them feel.’ I think that’s particularly true of kids this age. To feel expanded has tremendous salience. As soon as you catch them taking a positive step in the right direction, you’ve got to recognize it and admire it, and not step in and tell them, “You’re going in the wrong direction.” As you soon as you do that, you lose them.

At a practical level, you want to create a context that gives them a range of options and let them find something relatively prosocial and healthy to explore. Wise and well-resourced parents with insight do this intuitively. But, part of the problem with kids from disadvantaged backgrounds is that if they don’t happen to be good at the few things available to them at their school—the few sports, or whatever—they may fail to find a positive mastery curve experience. The opportunities may be really limited.

JS: What is the role of purpose in all of this?

RD: It fits in at the very heart. What gives you the feeling of an expanded sense of self is being able to contribute to something larger than yourself. Wise people have been writing about this long before neuroscience came along.

I often use the term “igniting passions” as part of what’s happening biologically as puberty sets in, and these ignited passions can be attached to various things—a particular activity, a particular person, falling in love for the first time. But it can also attach to a sense of purpose and meaning, and that’s a wonderfully positive framework for thinking about what’s happening in kids’ brains at this time.

JS: You’ve studied how kids handle peer rejection and found it’s important for parents to model calm behavior themselves in stressful situations. Do you think parental stress is a factor here?

RD: We humans tend to think that the content of our words is what’s most important, and we forget that the tone of voice and the feeling conveyed are really powerful signals. We can be saying exactly the right words and be conveying a message we’re not even aware of. This is particularly true of anxious kids, because they are particularly sensitive to this.

If you think about young kids, the most important cue about whether the environment is safe is the parent’s emotions. One thing we’ve learned from our work is that if you’re trying to push away the negative, you’re actually engaging and activating the negative. Trying not to be anxious or angry is not going to work. You’ve got to activate the positive. It’s not just about being calm.

That’s hard to do—you can’t fake it. Kids have good phony meters. But finding something you like about your child and what they did, and connecting to that and feeling good about that, or finding a source of gratitude to share, become important in preventing negative spirals. I think increasingly our models around depression are less about diminishing the negative and more about promoting the positive.