Procrastination is unfortunately something that most of us are familiar with. We’ve either experienced it firsthand or observed it in others: our students, children, employees, spouses, and more. It’s something they and we almost always want to stop. We would rather feel energized and productive when we make progress on a project or proud when a coworker or family member accomplishes what they set out to do. 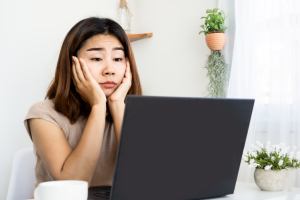 If procrastination is more than just an occasional lapse for you or someone you know, then I wrote a new book for you: Procrastination: What It Is, Why Itʼs a Problem, and What You Can Do About It. What qualifies me to write such a book? Well, I do have 20+ years of experience researching procrastination, with more than 30 scientific research articles and book chapters on the causes and consequences of procrastination.

But procrastination also holds personal significance for me. I’ve witnessed the toll procrastination has taken on family members and even myself. In writing my book, I’ve realized that I am more of a procrastinator than I care to admit.

It is these personal observations and struggles, along with my professional expertise, that are the source of the unique insights, guidance, and tools I provide in the book. Here, I want to cut to the chase and explore two alternative ways of responding to difficulties that science suggests can reduce distress and increase motivation to persist in the face of obstacles: self-compassion and self-forgiveness.

The trouble with self-criticism

At first glance, self-compassion and self-forgiveness may appear to be unlikely candidates to help reduce procrastination. Being kind and forgiving toward yourself when you are struggling with a challenging task or with your own procrastination could seem like you are letting yourself off the hook, right? It can appear like you are giving yourself a free pass to step away from your responsibility for getting your intended task done and any fallout from doing so. You might feel better, but how will this help you reach your goals?

If mistakes are made along the journey to a goal, we often believe that the only way to correct them is a swift and often harsh cracking of the whip of self-criticism.

But self-criticism is problematic when you’re trying to avoid procrastination. If you have a mindset that includes negative scripts about yourself, then you are more likely to react negatively to any challenges you face when working on a task. The way we view difficulties on the path toward a goal is a reflection of how we see ourselves. You might think, “Everyone can do this task so much more easily than me”; you may have a hard time accepting your imperfections and the fact that, like everyone, you can and do make mistakes.

If that is your attitude, then you will be looking for evidence to support these distorted views of yourself—and you will find it when you are procrastinating. In effect, your negative self-views become self-fulfilling and self-reinforcing.

The other problem with using self-criticism to motivate yourself is that it often backfires. For example, say you tend to procrastinate exercising. But instead of examining why you have difficulty maintaining a regular running routine, you berate yourself. This response will generate even more negative feelings toward exercising, and make you want to get relief from these feelings by procrastinating. And when your focus is on managing your emotions so you don’t feel so bad, you will be less focused on finding a solution (like getting a running partner). You might start to judge yourself harshly for not being able to run alone. Lots of other people can run alone, so why can’t I?

The gentle power of self-compassion

Most of us have a fairly good idea of what it means to be compassionate. If you found out that someone close to you was struggling with their goal, or feeling down because something didn’t work out the way they had hoped, you would recognize that they are suffering and be kind and understanding toward them.

Being self-compassionate means extending the same compassion to ourselves that we would extend to others. As counterintuitive as it may sound, scientific evidence has shown that self-compassion can both help reduce procrastination and help us achieve our goals. 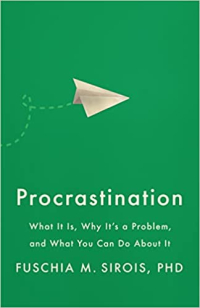 This essay is adapted from Procrastination: What It Is, Why It's a Problem, and What You Can Do About It (APA LifeTools, 2022, 273 pages).

Consider, for example, a study I conducted a few years back. I asked four groups of people—some students and some from the local community—to complete a survey about how prone they were to procrastination, whether they had a self-compassionate mindset, and their current levels of stress.

So, if you procrastinate and respond with self-compassion, you will be less likely to continue to procrastinate or engage in ways of thinking that make you feel worse about yourself and thus maintain a procrastination habit. Self-compassion can help defuse the negative feelings and judgments that can make us want to avoid or abandon a challenging task.

Fortunately, self-compassion is a skill you can develop. According to researcher Kristin Neff at the University of Texas at Austin, being self-compassionate involves three core elements.

When we procrastinate, we don’t blame ourselves for our difficulties or make negative judgments about ourselves or our character. We don’t increase our suffering by holding ourselves to unrealistic expectations or insisting that we should be perfect. Instead, we approach our struggles, inadequacies, and failures with warmth, openness, and acceptance. Instead of harshly criticizing yourself for some failure, real or perceived, you might think something along these lines:

I know that I put this off when I didn’t need to, and this may have caused more problems. But I am not going to be hard on myself. I accept that my good intentions to think about others didn’t translate into the best outcome this time, and I will do what I can now to make things right.

Feeling connected rather than isolated in our suffering. This involves recognizing that everyone makes mistakes, falls short of what they had hoped for, comes face to face with their own inadequacies and flaws, and suffers as a result. This is all part of being human. Being self-compassionate means acknowledging and accepting these universal truths and feeling connected to others through our suffering.

Feeling connected means not letting your feelings of shame about procrastinating take over and make you feel like everyone else is so much better at reaching their goals. Instead, you remember that you are not the first person to procrastinate, nor will you be last. Knowing this makes it easier for you to openly admit when you are procrastinating, and to reach out for help from others to get you back on track with your goals.

Being mindful of our emotions. This involves stepping back from our negative emotions and taking a balanced, nonjudgmental view of them and not suppressing or avoiding these emotions or the negative thoughts that stoke them. Taking a mindful approach to our emotions helps us not overreact to our lapses, mistakes, or personal inadequacies or get stuck in self-pity.

What does it look like to be mindful rather than overly identified with our negative emotions? You can acknowledge that you are unhappy with procrastination and its fallout, and accept the negative feelings that you are having, rather than avoiding them or becoming too caught up in them. By taking this mindful stance, you are in a better position to be curious as to why you’re feeling upset with yourself and why you avoided the task in the first place.

One of the best times to practice self-compassion is as a preventative measure—when you are struggling with a task, have made a mistake, and are feeling frustrated or stressed and on the brink of procrastinating. By being compassionate to your own suffering, you can lessen these feelings, accept your struggle, and increase your motivation to complete your task.

The paradoxical power of forgiveness

Forgiveness is the voluntary process of letting go of negative feelings such as resentment or anger directed toward another individual or group because of harm they have caused you. This does not mean that you forget what was done, but it does mean that you release the negative emotions you’ve been holding on to that can be harmful for your own well-being. You accept what happened and move beyond it emotionally.

Self-forgiveness involves showing this same forgiveness to yourself. Like self-compassion, it is often more difficult to forgive yourself than it is to forgive others.

When we have done something that we know caused harm to ourselves or others, such as procrastination, it is easy to fall into the trap of believing that we deserve to be punished for what we did. Being harshly self-critical about what happened can be a form of punishing ourselves that can stand in the way and prevent us from moving beyond our mistakes. Holding on to negative emotions can keep us stuck in the past.

Next, acknowledge and allow yourself to experience the negative feelings you have about procrastinating. Again, this is no easy feat if procrastination has become a habit. Are you angry, disappointed, or frustrated with yourself? It’s OK to be; these feelings are completely natural. Feeling bad about procrastinating—whether it’s because of your own expectations for yourself or because you’re aware that you have transgressed social norms—is a healthy response. But it’s what you do with those feelings that makes the difference between improving yourself and reaching your goals versus getting stuck in a vicious circle of wallowing in shame, guilt, and other distressing emotions that perpetuates the very behavior that you feel bad about in the first place.

Once you have fully acknowledged your negative feelings about procrastinating, then you are ready for the last and final step—overcoming those feelings. This part of the journey involves working through and coming to terms with your negative feelings about procrastinating, without ruminating about them. It means that you have to accept what you did and forgive yourself, and that you must stop punishing yourself and focus instead on making amends. In other words, you have to shift from a retribution mindset to a restitution mindset. Ask yourself what you can do so that you will be less likely to make the mistake of procrastinating again. Then take action to change your behavior.

In one very clever study, researchers at Carleton University in Canada tested whether self-forgiveness could reduce procrastination among university students who were studying for exams. Before each of two midterms, the students completed questions about the extent to which they had procrastinated studying for their exam and whether they forgave themselves for their procrastination. The students also reported their mood after receiving their first midterm grade.

Self-forgiveness may be especially appropriate when the task you have delayed has significant implications for yourself or other people, like when your partner had to wait on you to file your tax return so that they could complete theirs.

If you’re skeptical that being forgiving and compassionate to yourself can help reduce procrastination, it’s not surprising. We live in a world where many of us have learned that the only way to improve yourself and succeed in life is to push yourself harder and further, to strive to be better, and to accept nothing less than your best. But, clearly, that attitude isn’t working for us. Instead of continuing to beat our heads against the procrastination wall, how about trying something new?