When Pulitzer Prize–winning reporter Charles Duhigg talks about productivity, he’s not just talking about efficiency and profits and time management. To him, what it means to be productive is bound up with the idea of happiness.

Productivity is figuring out “the best uses of our energy, intellect, and time as we try to seize the most meaningful rewards with the least wasted effort,” writes the New York Times reporter in his new book, Smarter Faster Better. “It’s about getting things done without sacrificing everything we care about along the way.” 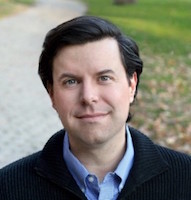 Duhigg’s previous book, The Power of Habit, was primarily about action—specifically, how habits drive nearly everything we do in life and in business. Now, Smarter Faster Better looks at how the happiest and most productive among us think: how they motivate themselves, stay focused, make decisions, and absorb information.

“Productive people and companies force themselves to make choices most other people are content to ignore. Productivity emerges when people push themselves to think differently,” he writes.

I sat down with Duhigg to explore the connection between productivity and happiness more deeply, and how we can apply principles of productivity to our quest for a more meaningful life.

Kira M. Newman: Smarter Faster Better is a book about why some people and some organizations are so much more productive than others. How can we apply its lessons to the goal of living a happier, more fulfilling life?

Charles Duhigg: Many people feel like they’re not fulfilled and not satisfied because they feel completely overwhelmed by what they’re being asked to get done every single day.

The most productive people only have 24 hours in each day, just like we do. What’s different about them is they’re better at encouraging themselves to think more deeply about what actually matters—what they should be spending time on—rather than reacting to the demands around them. They’re more practiced at thinking about what the right priorities are, how I self-motivate about the things that matter to me most.

In many ways, it’s because they set up contemplative routines in their life, habits that they return to that allow them to reflect on what they’re doing and whether they’re making the best choices at that particular moment. Life gets so busy and so overwhelming that it’s oftentimes hard to reflect, hard to think. But we know that the most important step in being productive, in being satisfied and fulfilled, is giving ourselves time and space to think about what’s most important to us.

KN: Does creativity have a role to play in this process, and what would that look like?

CD: Creativity looks like exposing yourself to a whole bunch of new experiences that you haven’t had previously. Journaling is great because it creates a space for contemplation. If you are having new experiences, if you’re pushing yourself to go to museums you’ve never gone to before, or performances you’ve never seen, or to meet new kinds of people, and then that’s it—you’re not taking that information and you’re not somehow processing it—then you’re not really going to benefit from it in the way that you’re hoping to.

What is key is to push yourself to somehow contemplate on that. And simply saying “contemplate on that” isn’t enough because we’re all so busy; we have kids and we have jobs and life conspires to fill up our days. So the most productive and successful people tend to find ways to force themselves to think more deeply, whether that means that they write letters to friends or they force themselves to exercise and not listen to music while they’re exercising so they can think about what’s coming up that day, or they’re using a gratitude journal as a way of thinking about what happened that was important to them that they can draw from.

There’s a huge amount of emphasis around gratitude, but what actually is gratitude? It’s a system of thinking to ourselves about what we are thankful for and then why: why that thing is important, why that thing matters. It’s that step of asking ourselves why that really allows us to learn the lessons from that experience. Why is critical to how we actually think. And thinking is the thing that allows us to become more productive or to become more creative or to become happier. You’re not happier because you turn your brain off; you’re happier because you encourage yourself to think more deeply about what actually matters. 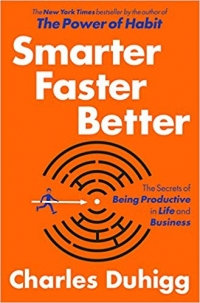 CD: Our brain wants to exert control. Our brain has an innate need to feel some control over our lives, and we become self-motivated when we find ways to feel control over the situation that we’re in. Oftentimes, that means looking for this subversive opportunity to assert ourselves.

In the book, we talk about the example of a nursing home study. When researchers were trying to figure out why some people thrived in nursing homes and other people declined precipitously, they found that people who were most self-motivated to take advantage of the resources of a nursing home—to start exercise routines or to sign up for classes—went out of their way to find ways to prove to themselves that they were still alive, that they were in control of their own lives.

One of my favorite examples is one nursing home that would serve residents a meal on a tray, based on their medical needs, so you got this pre-served meal every night and every day. There was this one guy in particular who loved chocolate cake, and the nursing home would give him chocolate cake every single day. And he would sit down and—instead of eating the chocolate cake—trade it with his dining companions for fruit or something else. The researchers went to him and said, “Why are you doing this? You love chocolate cake. You told us you love chocolate cake.” And he said, “I would rather eat a meal of my own design than something delicious that’s been forced on me.”

If you’re replying to emails, for instance, this might mean that you sit down and you open up a whole bunch of replies and you go through each one and you type a half-sentence simply asserting some preference. If someone’s asking you to take a meeting, you say, “Sure, I’ll do it, but I’m only going to spend 15 minutes.” Or if they’re asking you to go to lunch, you say, “Yeah, I’ll go to lunch with you, but we have to go to Indian food, that’s what I want to eat.”

The more we can find opportunities to take control, to assert ourselves, to be ourselves, to express our unique artistic vision or to make a choice, those are situations where our happiness is more likely to take root. The act of simply choosing makes our brain happy. And there are so many times when we feel like we don’t have a choice, but if you look closely enough, you can actually find some decision that allows you to assert who you are.

KN: For people who are reading lots of books telling them how to live more fulfilling and more productive lives, how can they turn all that knowledge into action?

When you’re coming up with experiments, when you’re looking at these ideas as hypotheses that you want to test, then you’re actually preparing yourself to really engage with the ideas, to learn from them—instead of just letting them slide past your eye.