As a child, my parents tried to instill a strong work ethic in me. They would praise me for staying up to do homework or for practicing the piano for hours. But if I shirked my chores to play outside or watch TV, I was scolded for being lazy—a label that was painfully sticky. 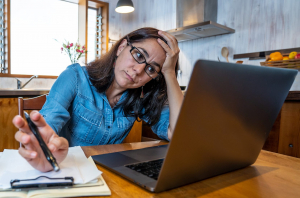 I’m sure many others have been called lazy, too—whether at home or at work. But, as social psychologist Devon Price argues in their book, Laziness Does Not Exist, thinking of individuals as “lazy” for not being constantly productive ignores the fact that our brains often work best in short spurts. Price calls on us to question “laziness” as a concept and to fight for a society that encourages people to work less and more efficiently, while having more free time to enjoy their lives.

I spoke to Price about why our expectations for ourselves are too high, how it hurts us, and what we can do about it.

Jill Suttie: Why do you say that laziness doesn’t exist? 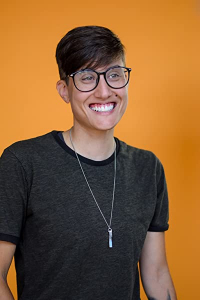 Devon Price: As I write in my book, people need to think logically about whether or not someone is in control of their motivation levels. Do people choose to feel depressed or exhausted or burnt out? No, no one would choose to feel that way.

If you look at the science behind things like task avoidance (the research term for procrastination, something that gets called “laziness” a lot), the research consistently shows that if a person cares about a goal and they’re still failing to meet it, it’s clearly not a failure of motivation on their part. It usually comes down to not being sure how to break down the task into small, discrete, completable steps; or being overwhelmed with anxiety and perfectionism; or, perhaps most commonly of all, just having way too many things on your plate.

A vast majority of people in the world are being asked to do more than is psychologically or physically possible. And when you’re asking people to do more than they can do, of course they’re going to look and feel lazy, because they’re being held to an impossible standard.

JS: When you say people have too much to do, what do you mean by too much?

DP: The pressure to overwork and over-commit is interwoven into American history. But the science has repeatedly shown for decades that the average person can only focus on work tasks for short periods of time—maybe as little as three to four hours per day.

Industrial organizational psychologists have been studying workers in factories, office jobs, retail, and service, and have consistently shown that when you describe how a person spends their workday, they’re only producing for a couple of hours. Unfortunately, that’s usually looked at as a problem to solve—why aren’t people filling their days with productivity?

Every attempt at boosting “productivity” has failed, and people find ways to get the rest that they need, either by pretending that they’re working, which is how people spend a lot of their workdays, or just by staring off into space, chatting at the water cooler, or finding moments of respite that our brains and bodies need however we can.

Some companies have tried out four-day workweeks, and they’ve found that their employees have much better physical health. They’re able to tutor their kids, get involved in their community, be more politically engaged. And, of course, they have more time to do things they like to do, which makes for a more joyous existence.

One thing I really advocate for in the book is a person getting a chance to check in with what their true values are, not what society says they should be doing, and to really determine for themselves what they want their lives to look like.

JS: If we actually are working more than we should be, why do we still feel like we’re not doing enough?

DP: We look to what other people seem to be doing and use that as an anchor for what is reasonable. When it’s considered a norm socially to talk about how busy you are, or your employer is asking you to do more than you can cover in three to four hours of productivity per day, or you have a long to-do list and you never check everything off, you’re always going to feel inadequate.

Many people have an expectation that we’re supposed to be learning and working constantly, plugged in, exercising every day, meeting an impossible number of goals. And when we set out to do more than is healthy for us, we’re naturally going to fail and see ourselves as lazy, even if we’re doing more than we’ve ever done before or doing a physically and mentally unsustainable amount.

JS: How has the pandemic affected this syndrome?

DP: It’s been particularly stark during the pandemic. There was a report out in Forbes a couple of months ago showing that worker productivity actually went up this year, which isn’t surprising. Even if you take the simple fact that people don’t have to commute as much, that means people are going to have more time to do things.

But, despite that increase in productivity, employers and, unfortunately, a lot of school systems have responded to people working from home by trying to monitor their activity. There was a huge jump in employers buying screen logging and key logging software to monitor their employees’ activities, making them screen-share on Zoom all day long.

It really comes down to the ideology of American capitalism, which has always been we can’t trust people. We need to monitor them and make sure that they’re working “hard enough.” So, we are in a particularly dark climate, where people are working more than ever before, while at the same time they’re being monitored and mistrusted. The base assumption in a lot of organizations is that people are being lazy, because they have the “comfort of being stuck home” during a really traumatic situation.

JS: How does believing in laziness affect our interpersonal relationships?

DP: We approach other people in a spirit of bad faith far too often, in part because of the fundamental attribution error: If we see someone behaving in a way we don’t approve of, we assume it’s because of who they are as a person—they’re lazy, they’re a liar, they’re a cheat, whatever—instead of thinking about the situation that might lead to that behavior.

That’s deeply ingrained in American culture. Instead of supporting one another, we assume the worst and start policing one another’s behavior. A lot of times, employees rat out other employees for things like taking breaks or logging in a few minutes late for work, which just creates an even more toxic workplace environment. So, it really becomes a self-fulfilling prophecy, where the more we mistrust other people and view them as lazy, the less likely we are to help them, which just makes these problems worse.

JS: in your book, you mention the laziness myth being particularly hard on people who are marginalized by society—like the LGBTQ community, people of color, women, etc. Why? 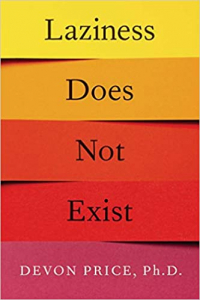 DP: Laziness was a very powerful message used to justify enslavement, and it’s been used ever since as a reason not to fight for justice. There’s a “bootstrap” myth in American culture that says you can actually overcome sexism as a woman if you just really try to “have it all” and work really hard and live the life of an idealized man. Unfortunately, a lot of people who are marginalized come to believe this.

In social psychology, there’s something called system justification theory, which works like this: Let’s say you’re disabled and you become a CEO, against all odds. You begin to think the system works because you worked really hard, and even with the prejudice against you, you were still able to pull yourself up. You begin to think other disabled people don’t need support. It’s a really appealing outlook; it gives the illusion that if people work hard enough, they can control an unfair system.

JS: What can individuals do to combat the tendency to label themselves or others as lazy?

DP: It takes a lot of work to unlearn deeply absorbed attitudes. But thinking compassionately about other people and noticing, then questioning, your knee-jerk reaction when somebody disappoints you or you think they’re lazy is a great place to start.

It’s often easier to practice extending compassion to other people rather than to ourselves, because most people hold themselves to an absurdly high standard. So, if you see a person in your neighborhood on the corner asking for money, notice in yourself any reaction you have—They didn’t work hard enough or They’re just going to spend that money on alcohol—and instead pause and say to yourself, This person is dealing with a lot and working hard to cope.

Or if you have a coworker who is unintentionally creating a lot of work for you because they are missing the mark on their assignments, instead of blaming them, think about, Why are they overwhelmed? Can I stop working so hard myself so that I don’t resent them? How is the company I work for failing all of us?—the systems around us that explain why we’re struggling.

In the book, I talk about specific things a person can do, especially in the workplace—like finding ways to document and give yourself credit for things your boss or organization isn’t taking into account at work (like supporting your fellow employees or learning new skills). Some of the problems are huge and systemic; so, it may come down to joining forces with your coworkers, unionizing and organizing to make sure everyone’s being fairly treated. We’ll need a multi-pronged approach to start unpacking this stuff.

JS: How might we use this information to create a better society?

DP: One thing people have brought up in conversations around this book is the idea of a universal basic income. That’s one way to change people’s circumstances so that they don’t have to work constantly, because they’d have a safety net. If we said everyone deserves to live at a certain level of comfort that’s not related to their productivity, that would change the culture.

But that’s only one policy. We should be fighting for a society that takes care of people and doesn’t police who is and is not deserving of help—meaning, we believe all lives have value and that everyone deserves to be safe and relatively comfortable. There are a lot of economic and political ways to do that. But it really starts by treating the people around us as if we believed that.