So why can overuse be toxic? The reasons are many, but research reveals three things that might surprise you. 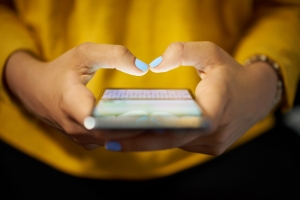 Although they seem fantastically connected socially—my teens are constantly communicating with literally hundreds of kids through text and social media and video chat—more teenagers now feel left out and lonely than ever before (or at least since we started measuring these things). A surprising 48 percent more girls and 27 percent more boys felt left out in 2015 compared to 2010.

Why are they so lonely, even though they’re super-connected online? One reason may be that they have the ability to see what everyone else is doing at any given moment—so they know when they are being left out of something. When one of my kids was in eighth grade, she was invited to a lot of bat mitzvahs and 13th birthday parties—it seemed like there was one every weekend. But what our whole family remembers are not the parties she went to, but the very few she did not.

Every middle school party played itself out on Instagram and Snapchat. All the kids in attendance documented who was hanging out with whom and posted it for public consumption on social media. My daughter couldn’t help but sit back and watch, compulsively checking her phone to see what she was missing.

Illustrating the blazingly obvious, research documents that the more time kids spend online and on their devices, the less time they tend to spend interacting with their peers (or adults, for that matter) in face-to-face encounters. Screen time is a zero-sum game: Social media, video games, online browsing, and other new media take the place of playing sports, going to parties, or just hanging out with their friends.

So today’s teenagers feel lonely because they actually are alone more. “The number of teens who get together with their friends every day has been cut in half in just 15 years, with especially steep declines recently,” writes research psychologist and demographer Jean Twenge. Over the course of a week, they see their friends an hour less a day than their parents’ generation did, or than the early millennials did.

This hardly needs to be said, but loneliness and social isolation cause profound distress. Feeling lonely causes your cortisol, a stress hormone, to skyrocket. Experiments by neuroscientist John Cacioppo have shown that feeling acutely lonely is as stressful as experiencing a physical attack.

Moreover, people triggered to feel lonely (by a hypnotist, of all things) in another of Cacioppo’s studies became radically more depressed. “The stunning thing was that loneliness is not merely the result of depression,” Cacioppo told Johann Hari in Lost Connections. “Indeed, it leads to depression.”

Although we talk about the 1980s and 1990s as a time of extreme materialism, entering college students today are more likely than ever before to say it’s important to them to be wealthy. They are also less likely to value intrinsic goals, like finding meaning.

New media and new technologies may be largely to blame here, too. The data are uncompromising: “Teens who spend more time on social media are more likely to value individualistic attitudes and less likely to value community involvement,” writes Twenge. Surprisingly, they are less likely to think about or be engaged in social issues, even though social media can be a great way to spread ideas and information related to the issues teens care about. And heavy users of social media are far more likely to want material things like new cars and vacation homes (and to believe these things are important in life).

This is not surprising. Social media (and media in general) lets kids peer into the lives of the rich and famous. Celebrity YouTubers display in exquisite detail what to covet; these people are teaching our kids values more explicitly than many parents, schools, and churches are. And that’s saying nothing of the celebrities who are being paid by advertisers, or actual advertisers kids are exposed to through media, who are, of course, actively and successfully cultivating materialism in them.

But is materialism really that bad? Psychologist Tim Kasser’s work has shown that the more materialistic people are—the more they think about acquiring wealth, or stuff, or fame—the more unhappy, depressed, and anxious they will be. To be clear: Spending a lot of time on smartphones predicts (and likely increases) materialism in teens. And when teens lose, or fail to develop, a meaningful set of values, they can easily become anxious, depressed, and lonely. With good reason, they feel empty inside.

Every peek at social media allows teenagers, unconsciously, to compare themselves to others, and they rarely come out ahead. They open Snapchat and learn from the curated “stories” that the people who count are moneyed and beautiful celebrities. A one-minute scroll through Instagram—filled with photoshopped selfies taken painstakingly from an angle that makes someone look her thinnest—can easily make even a secure and self-confident teen feel her normal body is disgusting and aberrant. Uber-wealthy teens and young celebrities, who on some level seem like peers, post “wealthies” (selfies that display their wealth) while flying around the world in their family’s private jets.

If teens were seeing people like them, or worse off than them, then they wouldn’t feel so insecure. But they are seeing people who are thinner, richer, more popular, more successful, more privileged. Even wealthy and middle-class kids can frequently feel, on some level, humiliated. And beyond the bubble of social media, there actually is cause for their worry.

To be sure, inequality, envy, and conspicuous consumption have always been a part of American culture, and TV certainly did a lot to expand our ability to compare ourselves to others. But today’s teenagers are experiencing far more media exposure—and they are living in conditions of far greater inequality.

Here’s how this is affecting our kids: Economic inequality heightens our social evaluation anxieties—essentially, our fear of being judged—and increases the emotional salience of our social status. So instead of seeing each other as equals, as we tend to do in more equal settings, we become more judgmental, comparing ourselves to others even more.

When researchers like Dacher Keltner here at UC Berkeley’s Greater Good Science Center study the effects of economic inequality, they do so with a simple exercise. Study participants are given a drawing of a twelve-rung ladder. Some participants are asked to “think for a minute about the people who have the most power, wealth, and prestige in the United States.” Others spend a little time thinking about those with the least “wealth, education, and prestige—the impoverished and out of work and homeless.”

Next, participants are asked to put an X on the ladder to indicate where they perceive their own social standing to be. Students who’d been thinking about the wealthiest and most esteemed place their Xs lower on the ladder. And those who thought about people who are less fortunate place their Xs higher.

In other words, we inevitably end up comparing ourselves to the people we spend time thinking about. We do this without prompting, often unconsciously; like the primates that came before us, we need to know where we are on the social status ladder. This is especially true for teenagers and college students—social awareness is heightened during and immediately following puberty.

Where we place ourselves on that ladder is hugely consequential. Having a reduced sense of our own social status “gnaws at our nervous system,” according to Keltner. It makes us hypervigilant to threats—perhaps more than any other stressor. More than 200 studies indicate that threats related to social status, particularly when people feel they might be judged by others, tend to provoke larger and more reliable stress responses than any other stressful situations.

And feeling low in social status, or feeling that you don’t have the respect of others, is a core cause of depression. Here’s something surprising: Worse than having a low social status is feeling like your status is insecure or threatened, like you might be losing social status. Just a momentary shift in how we perceive our own social status—prompted by even a quick glance at Instagram or a friend’s Snapchat story—can dramatically change how we function and feel. Unfortunately, it’s easy to imagine that teens today almost always feel like they are losing social status.

Do you know what the best predictor of a person’s happiness and well-being is? It’s the opposite of loneliness, materialism, and insecurity: It’s having a large breadth and depth of real-life social connections. Not social media connections, not a large network of online friends and family—those things do not predict happiness. But feeling like we are a part of something larger than ourselves, feeling deeply embedded in a community of friends and family whom we see face-to-face.

Fortunately, social connection is something that we can easily foster in families, and this time of year is ripe with opportunities to do so. This holiday season, we parents can take a break from our own devices anytime we are with other people, to show our kids what we value the most. We can highlight our real-life social connections by spending time at the dinner table telling family stories and asking each other questions. And we can foster a profound sense of connection by practicing gratitude together. The toxicity of social media and smartphone overuse can be scary, but we needn’t worry.  We just need to remember what really matters, and teach that to our teens.