Several weeks ago, a who’s who of thinkers and researchers convened at a conference in the mountain town of Telluride, Colorado, to explore the science of compassion. Their discussions revealed growing consensus that the biological, physical, and behavioral properties of compassion—the feeling we get when confronted with suffering, infused with the urge to help—have evolved to help us survive.

The conference—called The Science of Compassion: Origins, Measures and Interventions—encouraged rich cross-disciplinary collaboration and promised to accelerate the pace and progress of scientific inquiry into compassion. (The conference was organized by Stanford’s Center for Compassion and Altruism Research and Education; the GGSC was a co-sponsor.) Here are three key insights I took away from the four days of discussion.

It turns out that feeling safe is a precondition to activating biological systems that promote compassion. In the face of another person’s suffering, the biological mechanisms that drive our nurturing and caregiving can only come online if our more habitual “self-preservation” and “vigilance-to-threat” systems (e.g. fear, distress, anxiety, hostility) are not monopolizing the spotlight.

In the other direction, having a genetic disposition and life history that’s led to a strong sense of social support, trust, and safety around people puts your “self-preservation” impulses at ease and opens the door for you to feel compassion. 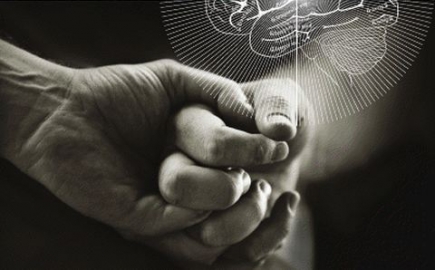 How, then, can we relax vigilant, self-preservation systems so that our compassionate biology can more readily get into gear? University of Wisconsin researcher Helen Weng suggests the secret lies in the brain’s frontal lobes, which her studies show do a better job of calming alert signals from the amygdala (the brain’s almond shaped threat detector) when people complete a brief course in compassion.

This means that we can actually train our brains for compassion. When Charles Raison, another presenter, and his colleagues at Emory University also evaluated the effects of a compassion training course, they found lower stress hormones in the blood and saliva of people who spent the most time doing the compassion exercises.

But what’s in compassion training, one might ask? How does it boost the frontal lobes and attenuate stress hormones? Read on…

The regular practice of mindfulness—moment to moment awareness of your body and mind—turns out to be a common theme across programs for training compassion, including those based at the University of Wisconsin, Emory University, CCARE, the Max Planck Institute in Leipzig, Germany, a consortium of clinicians in the United Kingdom, and, of course, 2,000 years of Buddhist tradition.

The opposite of mindfulness is sometimes referred to as “mindwandering”—reflexively thinking about what has happened, might have happened, or could or should happen. This very common non-mindful habit has been shown by Harvard researchers Matthew Killingsworth and Daniel Gilbert to decrease happiness. Judson Brewer, a psychiatrist at Yale University, has shown that mindwandering involves a predictable brain area (the posterior cingulate cortex), and that people can phase out activation in this brain area by practicing mindfulness.

Compassion, data suggest, comes more readily if people can be more openly aware of the present moment as it is occurring, particularly in the presence of other’s suffering, without reflexive thinking or judgment. (For more on the links between compassion and mindfulness, stay tuned for details about the GGSC’s conference on the relationship between the two, to be held in March of 2013.)

Studies using optogenetics, a technique for making populations of living brain cells fire, and fMRI, which measures how much oxygen neurons are using, show that the brain’s pleasure systems also play an important role in compassion.

For example, extending compassion toward others biases the brain to glean more positive information from the world, something called the “carryover effect.” Compassionate action—such as giving some of one’s own earnings to charity—also activates pleasure circuits, which some people call “the warm glow.”

In the words of Dr. Jamil Zaki, a professor of psychology at Stanford, “humans are the champions of kindness.” But why? Zaki’s brain imaging data shows that being kind to others registers in the brain as more like eating chocolate than like fulfilling an obligation to do what’s right (e.g., eating brussel sprouts). Brains find it more valuable to do what’s in the interest of the group than to do what’s most profitable to the self.

In his keynote address, Richie Davidson, the director of the Center for Investigating Healthy Minds at the University of Wisconsin, highlighted the legacy of philosophical thought—now corroborated by a growing body of research—suggesting that compassion is both fundamental and beneficial to human survival. Davidson advocated that academia—and all workplaces, for that matter—provide facilities and paid time for training compassion. When he shared a photo of the Tibetan-Buddhist-inspired onsite meditation facility at his center and discussed their “time off for retreat” policy, the crowd cheered enthusiastically.

While speakers like Davidson might have been academics, their insights can be applied to many domains of life—from marriages and neighborhoods to workplaces and schools—to spread compassion well beyond the mountains of Telluride.

I am so glad with this serie of research on compassion. We do work with sounds which gives an open and empahtic closeness and invites people to surrender. Sounds of singing bowls, soft voice, koshi and sansula are non-verbal and non-academic. They are heart-language and soul-origin, natural. This creates a compassionate interrelationship, with ease and in no time.
If you will come to the Netherlands, you are welcome to meet our compassionate sounds.

Being a recovering alcoholic for some time, I have found that service work in AA gives me the greatest personal satisfaction and bolsters my understanding and compassion for others.
For me giving to my group, my community helps me more than it helps others. I learn and grow from each experience.
Giving away to keep what we have may sound like a paradox, but it is not. It is a tradtion that goes back to the earliest days of AA and continues to this day. It helps me to identify with others in recovery and know that I am not alone

Bill, you may find this article interesting, “Staying
Sober Through Service”:
http://greatergood.berkeley.edu/article/item/stayin
g_sober_through_service

Thank you so much for giving us the opportunity to
listen to Stephanie Brown’s lecture again, and for
summarizing important conclusions from the Telluride
meetings.

I want to add a few things—we’ve (at the Emotion,
Personality & Altruism Research Group, EPARG) been
studying the focus on the “other” for two decades,
convinced that it is a built-in, motivational system
from birth. I’t's not only parents caring for infants—
multiple studies have demonstrated that infants—for
example—try to cheer up depressed mothers, not for
their own sake, but for the sake of the mother. Infants
shortly after birth, who listen to tape recordings of
their own crying and then tape recordings of other
babies crying, become alarmed hearing crying of
others, but not their own. So care-giving we conclude
goes both ways, and I think the ethologist Jean Paul
Scott from the 50s and 60s regarded care-giving as one
of the major motivational behavioral systems of
mammals, activated in infancy, maybe at birth.
Carolyn Zahn-Waxler and Radke-Yarrow did some
fascinating studies in the 70s, 80s, and 90s,  worth
reviewing.Likewise Hoffman.

In Telluride we presented data from our recent study
of contemplative practitioners, measuring outcomes
such as depression, anxiety, empathy-distress (a
disturbing, paralyzing kind of empathy), empathy-
concern (more likely to be helpful), several types of
empathy-based guilt, and compassionate altruism. To
measure compassionate altruism we use a scale we
developed some years ago, derived from the well-used
measure of social support by Vaux et al. Turning Vaux’s
measure around,  instead of measuring levels of social
support people receive, we looked at levels of social
support (acts of altruism) people extend, to friends,
family and strangers.  We are now finally, getting a
report of this measure, the Compassionate Altruism
Scale, ready to submit for publication.’

After Telluride we continued to get more data coming
in, and now, including controls, we have 2400 people
in the study (working with Rick Hanson). In every
tradition, (Tibetan, Theraveda, Centering Prayer,
Mindfulness and Yoga) practitioners are higher in
altruism directed towards strangers than are the
norms, non-practitioners. And in every tradition,
practitioners demonstrated significantly more positive
outcomes.

Within the groups of practitioners, in every tradition,
intensity and strength of practice predicts positive
outcomes (lower rates of depression, anxiety,
empathy-distress, and higher rates of empathy-
concern, and altruism towards strangers, friends and
family. We asked subjects “What is the goal of your
meditation” providing multiple options. In our latest
analysis we find that practitioners who described their
goal as “benefit of all sentient being” have
significantly more positive outcomes across the board
than practitioners with other, more self-focused,
goals of their practice.

Greene, Moll and Zahn located depression in brain
regions closely connected to empathy-based guilt
(empathy on overdrive so to speak), using the
Interpersonal Guilt Questionnaire. One of their papers
was recently published in Archives of General
Psychiatry. As a research & clinical psychologist, with
my team, we continue to try to understand when
empathy and altruism go overboard, why & how this
happens.

One final comment. It seems that compassionate
altruism may not always be great for the individual in
within group selection (regular “fitness” type natural
selection.) However we have evidence that empathy-
based guilt and compassionate altruism is extremely
helpful in between group competition (group
selection, See David Sloan Wilson and E. O. Wilson). At
the moment I am considering our basic “other” focus
and altruistic motivation something that evolved as the
result of group selection, and it far out weighed the
benefits of self-focus in the evolution of our species.

Again, thanks for your excellent summary and review
of Telluride!

Dr. Simon-Thomas provided an amazing summary of key findings presented at the Conference of Compassion Conference. It’s so well done that I sent the link to everyone in my lab! Great dissemination.

Thanks Dr. Mongrain. We’re fans of your work, which
I cited in this article:
http://greatergood.berkeley.edu/article/item/why_
inequality_is_bad_for_the_one_percent