Most of us want to be happy and stay that way, and research from positive psychology has shown that making a habit of certain day-to-day activities—like expressing gratitude, exercising, or performing acts of kindness—can help us get there.

But few researchers have considered how to identify an activity that’s best suited to your particular personality and lifestyle. 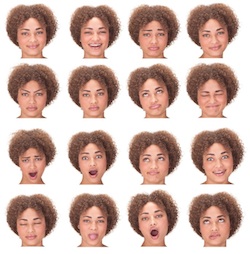 Sonja Lyubomirsky, a professor of psychology at the University of California, Riverside, started to explore these questions in her 2007 book, The How of Happiness. Now, Lyubomirsky and a graduate student of hers, Kristin Layous, are zeroing in on why some activities may “fit” for some people and not others (summarized in a chapter for a forthcoming book, The Dark and Light Side of Happiness).

“A lot of different research has found that these activities have positive effects,” she says, “so I think the next step is understanding how they work best and what considerations we need to think about before we mass recommend them to everyone.”

Let’s call it “the fine print” of how to be happy, the little details you should consider before undertaking happiness activities.

People are different, and not every positive activity or combination of activities will affect people in the same ways. And so the first step in understanding what happiness practices might suit you is examining your personal traits and circumstances—and then adapting the practices to your lifestyle. Here are some factors to consider, based on research by Layous and Lyubomirsky.

The importance of fit

In the end, Layous and Lyubomirsky stress the importance of choosing the particular happiness activity that’s the best match for your personality and circumstance. That will affect how much you enjoy the activity, reinforcing your motivation and effort to continue.

Extroverts, for example, would likely benefit most from positives activities that involve socializing and being surrounded by others, whereas religious people might prefer an activity with a spiritual component.

“Not everyone is going to be like, ‘Oh yes, let me sit down and write a letter of gratitude,’” says Layous. “For some, that might be appealing because it’s a solitary activity—for others, not so much.”

Supporting this idea, a study by Stephen Schueller, published last year in the Journal of Positive Psychology, found that people assigned to a happiness activity similar to one for which they previously expressed a preference showed significantly greater increases in happiness than people assigned to an activity not based on a prior preference. This, writes Schueller, is “a model for positive psychology exercises similar to Netflix for movies or Amazon for books and other products.”

Layous also emphasizes that people should choose a positive activity that aligns with their home life and work schedule.

“If they’re a CEO, it’s less likely they’ll do a time-consuming activity,” she says. “For them it might be better to, during their commute, recount things that they’re grateful for.”

What will make you happy?

There’s more fine print to consider, beyond your personal traits and circumstances. There are practices that will make you happier—but the research finds that they sometimes don’t work. Gratitude journals, for instance, have provided a significant happiness boost in some studies… but not others. According to Layous and Lyubomirsky, here are the practical details that influence whether a practice is effective—ones that apply to almost everyone.


When it comes down to it, the best way to determine which activity is best for you is to test it out, perhaps even in tandem with others. Layous notes that the happiness strategies developed by positive psychologists were designed to be low-cost, non-stigmatizing, and easy to incorporate into daily life.

“We don’t want people to be challenged, we want the activities to promote positive emotion,” Layous says. “If your automatic reaction is, ‘Ehh,’ then that activity is probably not for you. It’s about finding ones where your gut reaction is, ‘I could do that.’”

Thank you, Stacey, for some interesting and useful
thoughts! One thing important for us in the West to
recognize is our newbie status in this topic. As a
field we might trace our growing interest to
Seligman’s time as APA president or going back a
little further, Ed Diener and colleagues.


Traditions from the East have been exploring the
topic within the realm of subjective human
experience for at least 2500 years. As we engage in
what we do so well—splitting hairs—we might
explore differences between hedonic and
eudaimonic happiness, whether our measures (e.g.
PANAS) adequately capture enduring happiness,
and looking for activities which outpace the
hedonic treadmill (e.g. “Open Hearts Build
Lives…,” Fredrickson et al., 2008).


Wishing us all enduring happiness.

It is important for everyone to be guided to
understanding WHY they are unhappy (often due to
difficult or confusing family dynamics of early
childhood).  Then, when understanding is in place, a
sense of safety and respect via a compassion therapist
will enable healing.

Is there anything in this article that 99 percent of us did not
already know?

As someone about to be involved in a gratitude journal
study (about which I have some misgivings having done
it to myself) I found the article very helpful.  I will
rethink our approach.

Lance, the words “gratitude” and “grateful” turn me
off from the get-go. When I read Greater Good or Cal
was doing a study I went, “Yuck!”.

What I have done with clients is have them jot down
Three Good Things from the last, say, 24 hours and
that’s gone over pretty well. The explicit “gratitude”
stuff triggers me back to childhood dinner experiences
if I didn’t clean my plate (“you should be thankful,
blah, blah, blah).

John I would like to talk.  I am deeply interested in
caregiver support in my Board role with Alzheimer’s
Services of the East Bay, http://www.aseb.org.

God has given us so much more good in our lives that than many of us give him credit for.  Too often we take too many things for granted.  THAT is why we should be “grateful”, John.  =)
Maybe just a change of perspective would help in that area.

Thank you for your insights Stacey. You remind me of how important it is for each person to find what makes him or her happy. It varies from person to person and is based on who he or she is deep inside.

Happiness is found in so many ways and forms…
worth sharing what we know.  Thanks for your
blog,

It would be great if you could participate in co-
creating happiness.  Here is the link to the
project:
http://www.indiegogo.com/FallinginLovewithLife?
c=home&a=125625

And here is the link to our facebook page
https://www.facebook.com/FallingInLoveWithLife

Hope to count you in.