Soon after the 2016 presidential election, as debates raged over “fake news” and its influence on the outcome, a landmark report from researchers at Stanford Graduate School of Education provided sobering evidence of just how easily young people are duped by information online. The study, by the Stanford History Education Group (SHEG), found that middle and high school students overwhelmingly failed to demonstrate the skills necessary to distinguish credible sources from unreliable ones. 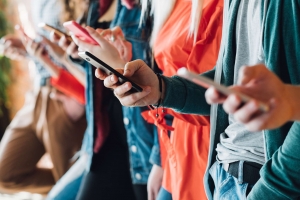 Since the release of that report, policymakers and educators have introduced a wave of initiatives aimed at equipping students with stronger digital literacy skills. But as the 2020 election approaches and many of those students become first-time voters, SHEG researchers have found few signs of progress—and the consequences are dire, said Sam Wineburg, the Margaret Jacks Professor of Education, who cofounded SHEG in 2002.

“Our democracy depends on access to reliable information,” he said. “And the internet is increasingly where we go to look for it.”

Last year SHEG released Civic Online Reasoning, a free curriculum for educators to instill strategies for evaluating the trustworthiness of online information. More recently, Wineburg and SHEG director Joel Breakstone joined with colleagues at SHEG and faculty at MIT to develop a free course on how to teach these skills, which launched this fall. Wineburg will also share research and tools from SHEG during a virtual talk open to the public on October 22.

Below, Wineburg and Breakstone talk about the state of digital literacy among future voters, two simple practices they’ve identified to detect questionable information, and how to help young people learn to be more discerning as the 2020 election draws near.

Carrie Spector: With so much attention to the problem of “fake news” since the 2016 election, have you seen a change in how young people approach information online? 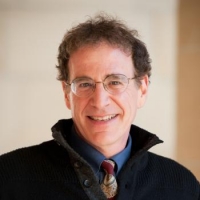 Sam Wineburg: We’re still very much seeing students struggle to make sense of the information they encounter. In 2019, we released the most extensive study to date on how young people go about trying to verify a claim on social media or the internet, based on research with more than 3,000 high school students matching the demographic profile of students across the United States.

More than half of the students believed that a grainy video on Facebook of ballot stuffing provided “strong evidence” of voter fraud during the 2016 U.S. primaries, even though the clips were actually shot in Russia. More than 96 percent failed to recognize that a climate change denial group was connected to the fossil fuel industry.

These are claims that are easily discernable in two or three steps on the internet. So, sadly, no—young people’s ability to separate fact from fiction hasn’t improved in the last four years.

CS: What kind of efforts have you seen in recent years to address this issue? 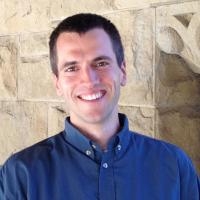 Joel Breakstone: There’s been intense interest and a number of legislative and educational initiatives over the past few years. California introduced a bill to require a model curriculum in online reasoning, which ended up getting watered down to essentially providing resource lists for teachers. Other states have pushed farther and called for mandated instruction.

But the real barrier is making this happen in the course of a regular school day. Often media literacy is a one-off lesson from a librarian, which isn’t enough. We haven’t seen many efforts to integrate it into the curriculum—across subjects, with students being asked to evaluate whether sources are trustworthy—which we increasingly believe is the way to make a difference.

CS: You studied professional fact-checkers to identify the steps they follow to vet sources and confirm accuracy. What were they doing that average readers usually don’t?

SW: One skill they practice is what we call “lateral reading”—leaving an unfamiliar website after a quick scan and opening up new browser tabs to find other sites that can help assess the credibility of the original one. Another is click restraint or resisting the impulse to click the first site that comes up in a search result before considering the other options.

This isn’t rocket science, but it requires a fundamental shift in the way we think about and consume information. We’ve been taught that the way to understand a text is to carefully examine it in detail, but that’s the opposite of what we should be doing on the internet. When you come across a website that you’re not familiar with, the worst thing you can do is spend a great deal of time on that page. It’s very different from traditional notions of close reading and critical thinking. Paradoxically, the best way to learn about an unfamiliar site is to leave it, only coming back to the original site after gaining context from the broader web.

CS: What implications could this time of remote learning have on digital literacy skills?

JB: Students are online all the time now, and they’re being confronted with even more content from questionable sources. So, the need to prepare students to navigate this setting is more important than ever. But it also presents opportunities for innovation. Teachers are trying out different possibilities with students online.

We’re currently doing an analysis of a fully online intervention in a college setting, where students watched videos we’ve developed and completed activities from the curriculum we created. Our initial analysis is that students’ skills improved. But there needs to be a much more comprehensive effort if we’re going to make a dent in this problem.

SW: We’ve found that just a modest investment of time can bear fruit. In one study with our curriculum in high school classrooms, six hour-long lessons over a 10-week period moved the needle.

There’s no question that we have a tremendous amount of work to do. But we’re optimistic that, with enough will on the part of educators and a strong curriculum that’s integrated into the school day, we can see an impact. Listen, misinformation and disinformation are polluting the information stream. If we can’t find a way to upgrade the skills of ordinary citizens—and fast—democracy itself will be the casualty.