Some of us are just better at making friends than others. When thrown into new social situations, certain individuals effortlessly ascend in popularity, while the less gregarious among us struggle to make connections.

But new psychological research offers some insight into this pattern—and it’s good news for people who take awhile to warm up to. 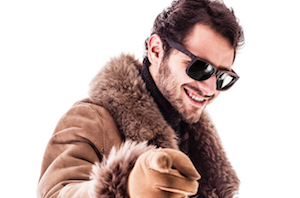 Researchers found that those who display narcissistic qualities such as excessive self-confidence and charm are able to quickly win friends, but they have a hard time maintaining this popularity over time. Meanwhile, those with high levels of emotional intelligence are slow to make friends, but they eventually build larger networks. Popularity, it seems, is just a classic story of the tortoise and the hare.

“Since I was a high school student, it’s always puzzled me why people who are selfish, full of themselves, and not prosocial are so popular,” says Anna Czarna, a psychologist at Jagiellonian University in Krakow, Poland, and lead author of the study.

Previous experiments had linked narcissism with initial popularity in a group, but the researchers hypothesized that narcissism might be insufficient to built a lasting network. Emotional intelligence, the ability to actually understand and connect with others, might better predict long-term popularity, they hypothesized.

In the experiment, Czarna and her team surveyed 273 incoming college freshmen in 15 study groups that were organized by their university–measuring their levels of narcissism, emotional intelligence, and self-esteem.

The researchers measured narcissism—“a personality trait characterized by excessively positive, underserved self-regard and a constant desire for external self-affirmation”—and self-esteem through a series of personality questions. Then, they tested emotional intelligence —“the ability to perceive, use, understand, and manage emotions”—by having participants analyze different social situations to determine the emotions involved and the most appropriate responses.

After first meeting the other members of their study group, the students were asked to report who they liked the most. Then, after three months of mingling, the students again rated their fellow group members.

The results showed that although more narcissistic individuals tended to quickly win many friends, they were unable to build on their strong first impressions. They had difficulty expanding their social circles as the semester wore on, as compared to less narcissistic students.

“After some time, people get to know the narcissists better and learn about their selfishness, superficial charm, and tendency to exploit others and manipulate them,” says Czarna.

“Emotional intelligence is not something that you can see in a person immediately and recognize that they are good at understanding your emotions and your emotional reactions,” says Czarna. “But after some time, there are more opportunities to see their behavior and motivations.”

Each of these findings held even after the researchers accounted for several alternate factors that could explain them, such as self-esteem (which tends to correlate with narcissism) and the tendency for individuals to befriend their friends’ friends.

Indeed, it is possible to improve our emotional intelligence through mindfulness meditation and other trainings that cultivate the skills involved in understanding, analyzing, expressing, and regulating our emotions—and understanding those of others.

In future studies, Czarna hopes to delve deeper into other effects of narcissism and also explore the idea of emotional contagion, or how people influence others with their emotions. For now, however, we can rest assured that the popularity of the narcissists of the world is likely to be short-lived.

“This particular study has a very comforting message, which is that people are able to see through the superficial charm of those who do not have the qualities of a good friend, and that narcissism does not have a lasting effect on popularity.”