Research recently published in the journal Child Development has for the first time ever examined how, if at all, children are affected by historical lessons about racism.

The research consisted of two separate studies led by Julie Hughes, a psychologist at the University of Texas, Austin. In the first study, the authors worked with 48 white children, ages 6-11. Half of the children received a week-long lesson on African-American historical figures, such as baseball icon Jackie Robinson, and heard about their experiences of racism. When the other half of the students learned about these figures, they didn’t hear about racism. 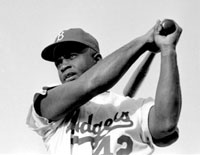 The results showed that learning about racism made a significant impact on the kids. Children who were exposed to the racism teachings reported higher positive and less negative attitudes toward African Americans. Through further analysis, the authors concluded that the racism lessons worked because they increased the children’s sense of racial fairness and also their experience of racial guilt, which in turn resulted in higher positive attitudes toward African Americans. Though some may have reservations about inducing guilt in young children, Hughes is quick to point out that any negative effects of racial guilt are likely to be short-term, while this guilt has “the positive long-term outcome of less biased racial attitudes.”

In a second study, the authors repeated their experiment, but this time with a group of African-American children of the same age range. Those African-American students who learned about racism placed greater value on racial fairness, and were more satisfied with the lessons, than were the children whose lessons did not mention racism. However, the African-American students did not generally feel more positive about their own race, or report negative attitudes toward whites. In their Child Development paper, Hughes and her colleagues suggest this may be because African-American children may be more familiar with racism by the time they enter school, and thus are not as likely to be affected by these lessons as are white children.