The targets of racism aren’t the only ones who suffer the pain and distress caused by prejudice. Research shows that people’s prejudices actually damage their own physical health and psychological well-being.

Racists, as it turns out, are victimized by their own racism. In a recent study, Liz Page-Gould, Linda Tropp, and I found that when highly prejudiced people interact with someone of a different race, their bodies produce a lot more cortisol, a hormone that indicates stress. Another recent study by psychologists Jennifer Richeson and Nicole Shelton found that prejudiced Whites performed worse on a difficult task when a black experimenter administered the test than when a white experimenter administered it. The more prejudiced the test taker, the worse his or her performance became, presumably because prejudiced test takers are too busy dealing with their negative emotions to concentrate on the task at hand. 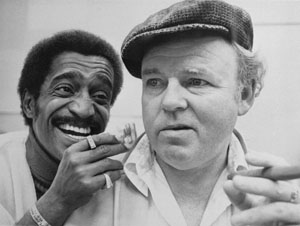 Meanwhile, it turns out that people who embrace racial equality thrive in diverse environments. In another study I worked on, led by Wendy Berry Mendes and published last year in Psychological Science we found that people with high levels of racial bias showed significantly higher stress levels when they had to interact with someone of a different race. However, that wasn’t true for people with more egalitarian beliefs, who showed no spike in their stress or anxiety levels.

The bottom line: As our society grows more diverse and we interact more with people of different races—not to mention people of different religions, cultures, or ideological orientations—prejudiced people are going to be at a disadvantage. Their own racism affects their physical health and their ability to function effectively. Having egalitarian beliefs doesn’t just benefit a diverse society. It benefits each of us individually.