Is empathy a helpful tool for understanding other people better, or does it simply reflect our biases? 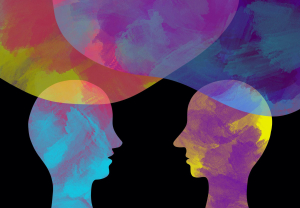 This question has plagued researchers and philosophers for decades. Some have argued that empathy is flawed and problematic (especially in certain situations, like judging people in a court of law or choosing where to donate money). After all, we resonate more naturally with the feelings of people who are similar to us, making empathy dependent on our own experiences and backgrounds.

But philosopher Heidi Maibom believes the opposite is true—that taking other people’s perspectives leads to greater social understanding and justice.

In her new book, The Space Between: How Empathy Really Works, she examines philosophical thought and psychological research to show how each of us has a first-person way of seeing the world that, when recognized and challenged, can increase our understanding of ourselves and others. By examining the role of empathy in our lives, she argues, we can improve our social relationships and civic institutions.

Greater Good spoke to Maibom about the barriers that get in the way of empathy and how to use empathy wisely.

Jill Suttie: Some opponents of empathy argue that we should aim for objectivity. But you make the case in your book that everyone is biased and objectivity is impossible. Why? 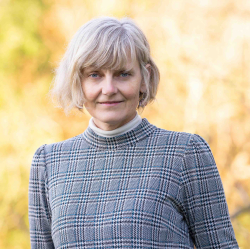 HM: In my book, I first describe the particular lens through which we view the world as human beings. If you think about the most important things for us to do in our lives—to find food, find mates, get water, find shelter, and so forth—you see that it involves action. We organize incoming information from the outside so we can act on it. That means that we see the world in terms of our own needs, not objectively.

Notice our tendency to talk about things as being close or far away, for instance, or as being large, dangerous, poisonous, or edible. These are clearly ways of seeing the world relative to our own constitution and in terms of our needs and interests, not in terms of the things themselves.

People often get the message that bias is something wrong, pernicious, and bad, and we should try to get rid of it. But bias is necessary for our survival. It’s how we’re able to exist, because we don’t have the bandwidth to capture all the information in our environment, whether or not it is relevant to us. Most of the time our biases are very helpful, but we just need to be aware of the times when they’re not. And the first step towards that is having intellectual humility—to recognize that your perspective is biased in this way.

For example, consider a court judge. Sometimes when you hear judges speak, they speak with absolute certainty that they see things clearly, as they really are. They think that empathizing with any of the people in the proceedings would just create noise, giving them subjective, biased information. But, if taking somebody else’s view makes you more subjective, by the same logic staying with your own view is also subjective. It’s better to recognize your bias than to pretend it doesn’t exist.

JS: What are some of the challenges around taking another person’s perspective based on the way our minds work?

HM: There’s pretty good evidence that we think our view of the outside world is direct and immediate—we just see the world “as it is.” But when we are thinking and talking about other people, we tend to say things like “they believe this” or “they think that” and so forth, which creates a kind of gap between us.

You may have an intellectual understanding that another person relates to the world in a way that’s similar to the way you do. But you also think they may not get things right. It’s like when somebody asks you, “Where is the vase?” and you say, “It’s in the kitchen” instead of “I think it’s in the kitchen.”

We also seem to think that we can’t help but believe what we believe, but others have a lot of choice in their beliefs. These are just a couple of examples of the small, interesting differences that affect our interactions with others and create doubt about their viewpoints.

JS: Some researchers think there are benefits to perspective taking, but take issue with emotional aspects of empathy, saying it promotes caring only about people like ourselves. How do you see it differently?

HM: This is a very classical way to think about emotion—that it’s just feelings and, therefore, not useful. But if you look at emotion science, what you recognize is that an emotion is probably one of the most complex psychological states we can have. Emotion is crucial for your survival, because it focuses your attention on certain features of your environment over others. And it motivates you in ways that are helpful given the situation that you’re in.

For instance, if you’re afraid, the world or situation you’re in looks dangerous, and you may run, hide, or freeze depending on how close the danger is. If you experience the same fearful feeling as another person [through emotional empathy], you’re going to see the world the way they do—as something containing danger that you need to focus on. Paying attention to your feelings is an incredible way of understanding how the world appears to another person.

JS: Can you give an example of how this works in practice? 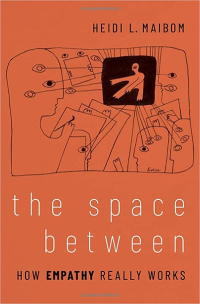 HM: One example is from when I went on a road trip with my friend, Julie. We went in my car, and I did most of the driving. But one evening I wanted to have an extra beer at dinner, so she offered to drive us back to our hotel. She started driving along these very narrow, windy roads in fourth gear, and I got more and more agitated thinking she’s going to ruin my car, because she’s not in the right gear.

At one point, I got so agitated that I practically shouted at her, “You need to take the corners in third gear!!” She got a little quiet and downshifted. Afterwards, I felt so ungracious—after all, she was offering to drive me—and I started apologizing. But she said, “It’s OK. If my husband, Timothy, drove my car and didn’t drive it the way I would, I would feel the same way.” She managed to capture imaginatively a similar situation to her own, think how she would feel in that situation, and understand my reaction better.

JS: Aren’t there barriers to understanding someone’s perspective if they have a very different background than you?

HM: Sure, imaginative perspective taking can only take you so far. It helps to have a wide range of experiences yourself and some kind of knowledge of the kinds of lives that people live who are different from you. For instance, if you haven’t had children and somebody loses a child, how would you try to understand that from your own emotional perspective? You might imagine losing a parent or losing a pet to try to inch closer to the other person’s experience.

It’s quite complex, particularly because the situations where it is most important for you to take another’s perspective are likely to be ones in which you are not inclined to. If someone does something that’s upsetting to you, you’ll become very focused on yourself and not on how the other person might experience the situation. I talk a little bit in the book about couples therapy, where you often see people talking completely past each other because they interpret everything the other person says from within their own schema—how does this affect me? That makes empathy hard.

With perspective taking, you’re trying to capture the significance of the situation to that person. Luckily, most people have much more of a capacity to do that than we give them credit for. It requires work, but it can be done. For example, if you’re a judge in a legal situation, you often have to figure out what a person’s intentions were at the time of the crime they committed—what they thought the possibilities of action were in that moment. People often think, “There was a crime, and this is how it impacted me,” and so that must be what the other person was thinking at the time, too. But someone committing a crime is often constrained by other things, and it’s important to consider those to determine what their intentions actually were.

For many women, it’s shocking to see that white male judges often regard rape (or other situations affecting women) as being minor issues. Those judges may easily imagine themselves being in the man’s situation (as the perpetrator), but have trouble taking the perspective of the victim. In other cases, it’s the other way around. As I try to point out in the book, you can’t just take somebody’s perspective and stay there. You have to sit with your own impression of the situation and see how you can make it fit together.

JS: You make a statement in the book that not only is impersonal impartiality impossible, it’s also undesirable. Why undesirable?

HM: If you could take a completely impartial, uninvolved view of people, which I argue is not possible, your lack of involvement would make you indifferent to the people involved and how their situation impacts them.

Sometimes philosophers will suggest that to be an impartial person, you need to be an unemotional person. But that person would also be inhuman. An “objective universe” won’t get us closer to impartiality or justice. Neither the law or morality is about satisfying some impersonal demands of the universe; they are about how we can live well together as human beings. That takes a human perspective, which is always subjective.

One thing I hope my book will do is bring more debate into how empathy affects our social justice issues. A lot of people think empathy is wishy-washy. But we have a lot of research telling us how important it is to understanding other people. I see perspective taking as bringing more humanity into those processes, hopefully making people more aware of how particular their own view of the world is—and so confirm the necessity of creating a larger worldview. By doing that, we can not only improve justice, we can use empathy to become a better person, too.