Thomas Markle, father of the Royal Wedding bride, is not the only dad who wasn’t at his child’s wedding, and not the saddest one. At least he was invited. Each year, thousands of fathers won’t attend their child’s wedding—and not because they lack the desire, but because their grown children don’t want anything to do with them. 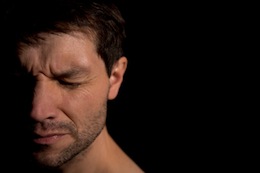 As the background drama that attended the Markle family shows, weddings can shine a harsh light on family dynamics. Longstanding conflicts around loyalty, past injuries, or unmet needs often flare up under the pressure, and for families who are already alienated, weddings can be especially explosive or painful. According to Stand Alone, a charity that provides research and support on the topic of estrangement, two-thirds of estranged family members report that weddings are a highly challenging event. This mirrors what I commonly see in my practice, which focuses on family estrangements.

Fathers might especially struggle with the impact of estrangement from a child—in part because men aren’t great at getting support or in maintaining friendships. For the past seven years, I’ve conducted a weekly webinar series for estranged parents. On average, mothers are ten times more likely to reach out for help than fathers. In addition, fathers seem much more likely to give up before mothers in working toward reconciliation.

For some dads, the problem is that humility clashes with masculine ideals. You need to be humble to acknowledge parental mistakes, accept responsibility, take the high road, and show ongoing empathy. That doesn’t always fit with ideals that call men to always “win,” to always be in control, to be self-reliant, to be obeyed.

The key, I’ve found, is to help dads see that humility is not the same as humiliation. This allows them to hold on to their conceptions of themselves as men, while doing the challenging and necessary work required of reconciliation.

Up until the recent past, norms for fathers have been less clear and prescribed than those for mothers. As a result, fathers have historically been less emotionally involved, less worried, less encumbered by guilt, and less shepherded by powerful expectations of what constitutes good parental behavior. Traditional gender roles may make men more vulnerable to later estrangement after a divorce since the children may feel loyal to the mother in whom they could confide. This still appears to be true, despite studies indicating that fathers have tripled the amount of time they spend with their children in the past three decades.

Fatherhood is not motherhood. Each gender brings its own assets and liabilities curated by temperament, class, their childhoods, and, perhaps most important, the era that defines behavior appropriate to their gender. Either parent may find themselves estranged after a divorce—sometimes years after—because of the ways that it can trigger a re-alignment of long-held bonds of loyalty, gratitude, and obligation. Divorce can cause a re-examination of lives with a parent prior to the divorce and shift a child’s perspective so that it’s more in line with the parent whom they have chosen to support against the other parent. It can cause the child to view the parents more as individuals with their own strengths and weaknesses rather than a singular unit of which they’re a part. It can also bring new people into the child’s life with whom they have to compete for emotional or material resources.

Estrangements from a father can occur for many reasons: his unwillingness to address or repair past neglects or hurts; a refusal to accept a child’s sexuality or romantic choice; ongoing resentment about how he treats or treated the other parent—or any number of other failures.

Yet, while common wisdom is that all parents get what they deserve, my clinical research reveals a different truth: you can be a good parent and still not get a Father’s Day card or an invitation to your kid’s wedding.

Research by developmental psychologist Amy Baker reveals how some ex-wives are particularly persuasive at contaminating their children’s love for their father, no matter how dedicated he was. In addition, mental illness on the part of the adult child (or parent) may make navigating the normal slings and arrows of parent-adult child relations too challenging. A therapist may wrongly infer childhood neglect or trauma where none exists, leading to a flurry of false memories and accusations. The dislike of an adult child’s wife for her father-in-law may also be powerfully determinative; especially given men’s inclination to defer to a wife’s desires about family, as research by Karen Fingerman at the University of Texas has shown. Contrary to the 1950s sitcom title Father Knows Best, in most homes, it’s “Mother Knows Best” when it comes to making decisions about how family ties are going to be managed.

However rich their potential, marriages and remarriages—especially when children come on the scene—provide opportunities for new alliances and identities to form as people create connections, gossip, and sometimes begin their own family wars. A marriage or a remarriage can create niches where new alliances can thrive, fanning power struggles that once were hidden or contained. Contrary to the romanticized images of marriage, bringing two families together doesn’t always follow neat bloodlines of affiliation: Daughters-in-law ally together to take down or limit the influence of a powerful mother-in-law; a grandfather sides with a grandchild against his own adult child in expression of longstanding feelings of rejection or disapproval; an adult sibling with longstanding sibling rivalry and resentment allies with a niece or nephew against his brother or sister. Different scenarios, but they are all joined by a common refrain: “Now you know what I had to put up with.”

Bringing together two families in marriage or long-term commitment is like bringing together two cultures, even when the families share ethnic and social class. This is probably why, according to Harvard sociologist Robert Epstein, arranged marriages are less vulnerable to divorce; marriage is held together with the many links of extended family relations and intertwined lives rather than through the single link of romantic love. As historian Stephanie Coontz notes, in contemporary marriage, there are no such constraints: Modern norms encourage family members to follow their hearts and express their feelings, but parents who express their distaste or disapproval of their child’s spouse or family may forever pay the price for that unsolicited opinion. Especially if that opinion gets passed along by the adult child to his spouse as, mystifyingly, it often does.

It’s not just the romantic lives of the children that can re-shape relationships. Sometimes a parent’s late-life change in how they identify their sexuality may be a source of tension between a father and his children. A father I worked with felt both hurt and shamed by his adult children when he divorced their mother and started dating men, despite the support he had of his former wife, the mother of their children. Helping him to empathize with their reactions without blame or anger allowed them to start a conversation that led to an eventual reconciliation.

How to repair a relationship

So, this Father’s Day, let’s celebrate not only those who have the recognition and support of their families, but also those who have no one to celebrate them. Let’s remind ourselves of the sometimes-unpredictable nature of family outcomes, and have compassion—both for those fathers who don’t have a relationship with their children, and those children who made the often-painful decision to estrange themselves from their fathers.

However necessary from the perspective of the adult child, and however painful and unjust from the parent’s standpoint, most of the people in my practice never dreamed it could happen to them, either. Here are some steps I’ve discovered that estranged dads can take to repair damaged relationships with their children:

What if you can’t heal the relationship?

Sadly, not every father can reconcile with his child. For those parents, learning how to manage their chronic feelings of shame, grief, and anger can be an ongoing challenge. My experience is that those who can take the following steps fare much better than those who don’t.