Many people in the media and government have painted an uninspiring portrait of adolescents facing COVID-19. Young people, we are told, are either indiscriminately spreading the virus by failing to follow public health guidelines, or are at risk of stifled social and emotional growth because of restrictive social-distancing guidelines that hamper key tasks of adolescent development, such as developing a clear and coherent sense of self. 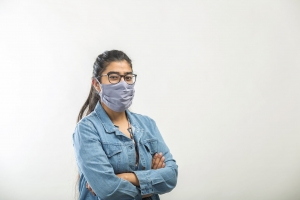 Pathologizing adolescence in the West stems from deeper historical roots. Inaugurating its scientific study in 1904, G. Stanley Hall characterized adolescence as a period of inevitable “storm and stress,” a time of upheaval when young people transition from inhumane childhood to civilized adulthood. Fifty years later, Anna Freud remarked that “to be normal in adolescence is abnormal” and advised parents that if their teen was doing well, they should be brought in for treatment. These historical depictions of adolescence prevail today, despite abundant empirical evidence that supports a more positive account of youth.

Media portrayals of adolescence shape how society views young people and, as positive youth development scholars note, whether they are seen as risks to be managed or resources to be developed. My own research on adolescent mindfulness and virtue inspired me to learn more about how adolescents are faring during the pandemic. I interviewed five adolescents—Aislyn, Connor, Devyn, Lucas, and Zoya—who are serving their communities in creative ways during the COVID-19 crisis. Here are their stories—and what kind of leadership they believe our society needs.

Zoya Sethi is a ninth grader from Delhi, India. She and four of her friends observed that after the shutdown of industries in the cities, millions migrated hundreds of kilometers by foot back to their villages, and women had no access to feminine hygiene pads. In response, they began a campaign through Instagram (@we_standwithher):

We make kits. Each kit consists in two cloth napkins, which are reusable, recyclable, and biodegradable. These pads were made by women from 17 families whose husbands had lost their jobs during the lockdown. So, it helped them as well as the women we were giving the pads to. Then, we collaborated with Red Cross to distribute these gifts. So far we have managed to raise about $5,000 USD and reached about 3,000 women.

Lucas Hung is a 12th grader from Vancouver, British Columbia. He and four friends similarly used Instagram to raise funds for those in need, with the dual goal of uniting their classmates (@_viralcause_):

At the start of the pandemic there were a lot of people not taking it seriously. We believed we should find a way to unite our student population. One really powerful idea was through music. So, these two things kind of organically came together in streaming live music performances on Instagram. In total, we have raised over $3,800 for an organization that provides 1,700 meals per day to residents of the downtown east side. It’s just been so, so amazing to see our community come together. 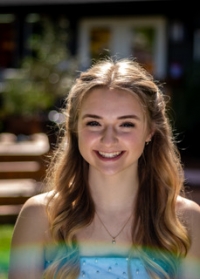 The teens also found meaning in smaller acts of service that filled critical needs in their communities. “It was so cool to see that something as small as offering to teach a 40-minute online dance class to their kids could make parents’ lives so much better,” explained Devyn Slade, a 12th grade volunteer dance instructor for five and six year olds.

Teens also empathized with the plight of seniors in retirement communities. One group wrote letters to older adults, “trying to make them feel connected, seen, and loved during this time where they’re facing tons of isolation and fear and hard times,” said Connor Macmillan, a 12th grade water polo player who believes small acts of kindness are just as important as large-scale projects. “What I’ve tried to do on harder days, when I’m missing school or missing water polo, is reframe that mindset into ‘why do I miss those things?’ and then showing gratitude to the people that make them miss-able.” 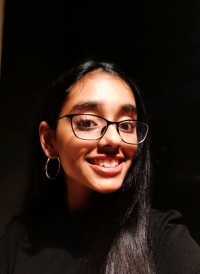 While the teens I interviewed generally came from socioeconomically advantaged families, they pointed to the importance of using their privilege in constructive ways. “My spare time enables me to go out and distribute food to other people. The spare food in my pantry also contributes to my outreach,” remarked Aislyn Adams, a 12th grader who volunteers both at a local food bank and at a salmon hatchery.

Acknowledging their privilege did not occur in a vacuum. Rather, conversations with peers, teachers, and parents nurtured their sense of obligation to serve others. For example, Aislyn got involved with the food bank through a friend’s invitation, and Zoya’s teachers “have always had very open discussions about how we are very privileged.” 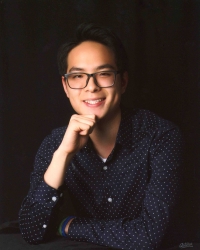 If media portrayals influence what adults expect from adolescents (and what some adolescents see as possible for themselves), then could sharing these kinds of stories inspire other, well-intentioned teens to take on similar projects in their own communities? Recent research on moral exemplars suggests the answer might be yes, particularly if the stories are relatable to their own experiences.

A study out of the University of Alabama found that stories about attainable and relevant peer exemplars were more effective in inspiring adolescents to engage in voluntary service than were stories about historical figures. Importantly, volunteering isn’t just beneficial for society and for teens’ own social-emotional growth. In a study out of the University of British Columbia, researchers found that adolescents who volunteered with elementary school children for 1–1.5 hours a week for 10 weeks significantly reduced their risk factors for cardiovascular disease.

What do teens want from our leaders?

Today, scholars of adolescence view the teen years not only as a time of heightened risk but also one of tremendous opportunity. Thus, it is critical for adults to remind themselves of how capable adolescents can be in contributing to solutions and how their idealism positions them to see opportunities where adults might see dead ends, and for adults to play supportive roles in adolescents’ altruistic goals. I asked the teens what qualities they wish they saw more of in adult leaders, and what they wish adults said less of during the pandemic. Wouldn’t it be nice to know, I thought, what qualities and messages were “landing” with the teens? 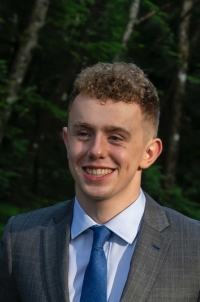 Several wanted their national leaders to embody higher levels of caring and humility. “I think acknowledging others’ pain, combined with communicating with vulnerability that they don’t have all the answers, would help connect us all,” suggested Connor. Others similarly pointed to the importance of humility, combined with hard work, among the adult leaders they worked with on a day-to-day basis. “My leadership teacher has been so supportive of our project,” Lucas remarked. “On professional development days, weekends, and even during spring break, he held conference calls with us. He supports us all the way and takes pride in our work, yet he has no ego in it.”

When I asked what they wish adults would say less of, the teens criticized both overemphasizing the harsh realities of the pandemic and whitewashing those realities with imprudent optimism. “I just kind of wish they would stop, sympathize, and say, ‘I’m sorry,’ and ‘This sucks,’ and stop trying to make something good out of it,” Devyn offered.

In contrast, as a health care worker, Zoya’s mother provides her with regular updates on the number of COVID-19 cases recently identified in their community. “It’s okay to mention it once or twice, but if you keep mentioning the same thing four or five times a week, then it doesn’t help me in any way. We have to move on from that,” Zoya remarked. Aislyn echoed that sentiment: “It is important to recognize the negative impact of the things that are going on, but it’s so hard to move forward if you don’t recognize the positives.” In other words, the teens rejected a Pollyanna-like suppression of reality, and advised adults to acknowledge, connect, and move toward solutions rather than wallowing in sadness.

What the pandemic means to teens

Looking to the future, I asked the teens how the pandemic has affected their values and long-term goals. Adolescence is a key time when identity develops, certain values are prioritized, and some forge lives of purpose in which they commit to long-term, meaningful, other-serving projects.

Although the pandemic has restricted access to many of the activities and roles that typically serve as vehicles for identity development (for example, after-school activities, jobs, time with friends), it has also introduced opportunities for reflection and independent thinking.

“I think the crisis has strengthened my awareness so I can act on my values,” remarked Connor. “I have so much time to think for myself and reflect, and I find that I’m not spending energy trying to pretend I’m someone I’m not.” The slowed pace afforded by the pandemic also led Aislyn in a reflective direction: “What’s really going to make me happy in life is the emotional meaning of what success looks like, rather than the material aspects of success. I think I have a less clear picture of what my future looks like, but I have a better sense of what my future will feel like.”

Other adolescents shared Aislyn’s sense of the heightened importance of social and emotional meaning. Zoya shared that the pandemic has increased how much she values friendship, and it has increased Devyn’s desire to help people: “My goal to be a marine biologist set me up to not have to deal with people too much, but now I kind of want to teach it, or mentor it, or share it with people.”

No one can deny the hardships that the pandemic presents for adolescents. But at least for some it may also present opportunities that accelerate the development of purpose and the enactment of their values, particularly when caring adults provide support and encouragement without stealing the spotlight. Adolescents want adults to be forward-looking yet realistic with them. In part, that realism must entail seeing their strengths, appreciating their idealism, and embracing their capacities to contribute to a better world.