Now that I’m a parent, I pay more attention to bad news headlines than I used to. I can’t help but be unsettled by looming “financial crisis storm clouds,” rising global debt, trade conflicts, and divisive, short-sighted policy decisions. After all, the events of today determine the future that my preschooler will grow up in. 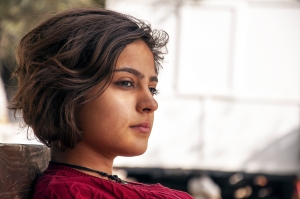 So how do I prepare him for that future—even if it includes uncertain and tumultuous global economic challenges?

In a recent study, Claremont Graduate University professor Kendall Cotton Bronk and her colleagues explored whether having a sense of purpose could help youths facing the prolonged financial crisis of the Great Recession.

They surveyed nearly 200 adolescents in 2016 in Greece, a country that was hard-hit by the Great Recession. Using questionnaires, the researchers measured youths’ purpose in life—their “long-term, forward-looking intention to accomplish aims that are both meaningful to the self and of consequence to the broader world.” The surveys also measured their optimism, resilience, future expectations—how the economic crisis influenced the life they expected to have in the next five years—and their knowledge and beliefs about the economy.

The findings suggest that youth with greater purpose were both more resilient and more optimistic: They could better adapt when they faced setbacks and they believed things would improve. In turn, particularly thanks to their resilience, they were also more likely to have brighter expectations.

“The resilience that stemmed from leading a life of purpose enabled young people to envision a positive future,” explain Bronk and her colleagues.

In addition, youth with greater purpose were more likely to believe that the economy would positively influence their future. Purposeful youth didn’t ignore or downplay the economic challenges—their beliefs and knowledge about the state of the economy weren’t any different—but they did see hope and opportunities for themselves.

To help shed light on the meaning of the survey results, the researchers interviewed nearly 30 adolescents in depth about their purpose: half who had an above-average sense of purpose and half with below-average purpose. Purposeful youth said they felt a greater sense of efficacy rather than futility about their future, and greater confidence that they could help their country’s economy improve. In fact, they were reluctant to leave Greece rather than eager to go abroad.

Purposeful Greek adolescents also focused on attending to their professional growth and fulfillment. For example, when the researchers asked about the meaning of living a good life, one purposeful young man replied, “Succeeding in the field I’ve chosen to study, to climb the ladder. I mean to acquire skills that will be useful for me to be productive.” Another purposeful adolescent described, “Whatever we do, it should be something we enjoy. Really love it, I mean. The problem is that most people just do what they must because they need the money.” In other words, they were trying to thrive rather than merely survive.

In addition, they didn’t seem to get preoccupied with negative headlines. “Let me say right away that I used to . . . read stuff every day, but now I’ve stopped,” one adolescent explained. Instead of ruminating on bad news about the economy, they had a greater outward focus on contributing to the success of their friends, family, and community.  Another shared, “It’s the only way we can move forward, by looking out for all of us, not just ourselves.” Despite their concerns for the future, youths with greater purpose ultimately had greater aspirations and hope.

Taken together, these findings shed light on how a purpose in life helps youth flourish under prolonged economic challenges—and how we as parents can help our kids be prepared to weather potential crises in the future.

“[Helping youth find a purpose] is likely to benefit not only the young people, but also the families, communities, and even countries to which these young people may choose to contribute,” explain Bronk and her colleagues.