What should I do with my life?

That’s a daunting question for many teens—and for many adults, too—but one that is not insurmountable, as we discovered from essay submissions to the GGSC’s Purpose Challenge Scholarship Contest. 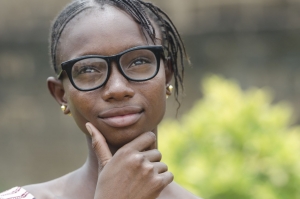 In cooperation with the Santa Monica-based consulting firm ProSocial and researcher Kendall Cotton-Bronk, we created the Purpose Challenge Toolkit, a series of online exercises designed and tested by Cotton-Bronk that help students determine their purpose. High school seniors who completed the Toolkit exercises were then invited to submit essays describing their purpose. They could win scholarships ranging from $5,000 to $25,000.

Researchers define purpose as a personally meaningful, long-term goal that will make a positive impact on the world at large. In other words, making a lot of money to live a life of luxury is not a purpose, in the scientific sense. However, making enough money to support your family and help others is a purpose. For teens, purpose is related to academic success, perseverance, resilience, and a belief that one’s schoolwork is manageable. Indeed, discovering who we want to be and what we want to accomplish are the key developmental tasks of adolescents.

Choosing six exemplary essays from almost 3,000 entries was quite the task, to say the least. The courage, creativity, and passion resounding through each essay were deeply moving and inspiring. More than anything, though, we realized that the future of our world is in good hands. Here are four insights from the winning essays about how teens can develop a sense of purpose.

Purpose researchers are quick to point out that no one can tell you what your purpose is. Not parents, not teachers, no one. That’s why the exercises from the Purpose Challenge Toolkit ask students to consider things like their strengths and values, their vision of an ideal world, and how they see themselves at 40—all questions that encourage reflection and self-awareness, both of which can help to determine one’s purpose.

Tyler, a contest winner from Washington state who runs “Hope Festivals” that serve 5,500 individuals in need, wrote about the impact of this kind of reflection:

In the Purpose Challenge, I labeled “helping others is very important to me” as “exactly like me.” The Challenge then asks how I’d use a magic wand to continue living out this purpose—but I believe that first steps start small. My service is just the beginning of the much greater impact I will have. … [My work with the Hope Festivals] has given me a sense of purpose for my life. My purpose is to live as a servant leader, and my ultimate goal is to create a sustainable solution to a modern-day issue like hunger, poverty, or homelessness.

According to a study of almost 12,000 teens and young adults, 25 percent of young people do have an idea of the kind of purpose they might like to pursue—but they aren’t sure where to begin. This is where adults can help.

Providing youth with opportunities to try new activities and helping them to develop entrepreneurial skills are critical to encouraging the discovery of purpose. The former allows teens to explore different interests, which may later turn into a purpose, while the latter equips them with the know-how to go after that purpose.

Accompanying her grandmother on her doctor’s visits from a very young age made Mariah, another winner from Cleveland, aware of inequities in the health care system for African-Americans.

“I sat in waiting rooms reading medical pamphlets and idolizing doctors in white coats,” she writes. “They symbolized wellness, trust, and everything I hoped to be. However, my grandmother had a different idea about the profession and believed she was being provided subpar medical care. Her frequent criticisms forced me to question her beliefs in science and her sanity.”

However, this experience motivated Mariah to not only volunteer in a medical setting, but also to conduct research at Case Western Reserve University School of Medicine, focusing on genetic differences in African-Americans and how these differences affect the likelihood of cancer. And now, Mariah knows her purpose moving forward:

The unsatisfactory level of cultural competence, ethnic sensitivity, and biomedical research to understand the landscape of African-American health cultivated my dedication to serve my community as a medical doctor and researcher. I desire to eliminate health disparities by compassionately assisting families and demonstrating that there are culturally competent and ethnically sensitive doctors available to provide help.

Think about who you want to be

What kind of person do you want to become? Coming up with a vision for yourself goes hand in hand with understanding what you want to do.

As young people develop their identity—who they want to be or, more specifically, the values to which they want to commit—they try on different roles and personalities as they figure out their place in the world. Research suggests that engaging in potentially purposeful activities can help teens with this process as they discover how their skills can help the world, ultimately discovering what is meaningful to them.

In her winning essay, Devon, a teen from New York City, describes what a trip to El Salvador taught her about love.

The people of El Salvador … had more love than I have ever seen or received in America. They also had a delicate care and appreciation of the environment around them. ... I heard a lot about how the land provides for them and how important it is to respect the earth. ... Through my experiences in El Salvador, I have learned that how you approach helping others with a different culture than yourself is extremely important. You must help with respect and the awareness that you are not saving these people, but instead trying to work with them to help them. It is never about changing a community, but instead aiding a community so it can thrive independently.

Summing up this integration of purpose and identity, Devon ended her essay declaring, “My purpose is to love. My passions direct me where to love. My experiences show me how to love.”

In an interesting twist of purpose and identity, Jordan, an essay winner from Los Angeles, discovered her purpose because her identity didn’t match what she was seeing in the media. Asserting that being an outsider is the worst kind of alienation, she wrote about how every time she turned on the TV, she felt left out.

Growing up as an African-American, the only time I would see little girls who looked like me portrayed on a sitcom or drama would be when they were playing the role of “the sassy best friend.” That was it. And if you can imagine what those moments felt like to an insecure introvert, you might be able to surmise that I never related to these characters.

Shifting this paradigm became Jordan’s purpose. “I decided that if no producer or television director was going to make the changes I wanted to see, I would make them myself,” she writes. “I want, plan to, and will create content for all individuals who feel underrepresented whenever they turn on a television.”

Look to other people for inspiration and help

According to researchers, a strong social network is one of the biggest predictors that teens will develop a sense of purpose. Mentors can provide guidance, encouragement, and inspiration, even just by sharing how they discovered and then pursued their own purpose. People who cross our paths in ordinary ways can also trigger us to think in ways we hadn’t before and ultimately help us to discover our purpose.

Liam, an essay winner from Iowa, admitted to some “misconceptions” about Islamic people before meeting his aunt’s foreign exchange student from Tunisia. Once he got to know her, however, he gained a new best friend and found “a new appreciation for the world and all its people.”

But it wasn’t until Liam found himself in Nice, France, the night that a truck slammed into crowds of people celebrating Bastille Day, that he discovered his true purpose.

Our class was there on the road. Luckily, we all made it out physically unharmed, but we all left with deep mental scars. What followed that attack was terrible Islamophobia and it deeply disturbed me. Yes, the man that drove the bus was a Muslim. However, my friend was also a Muslim, and countless other Muslims were killed on the street that day. I knew Muslims were hurt by this just as much as I was, and their religion was not to blame. The Islamophobia following the Nice attack led me to think of ways that I could end this viewpoint.

Liam goes on to describe his desire to become a foreign service officer who “works to end stereotypes and fear on both sides of conflicts.”

Another essay winner, Camryn from Ohio, flipped the social connection equation on its head, acknowledging that her teachers played a role in her life, but that her purpose was to now do the same for children coming from diverse and urban environments. “No one can accomplish great things alone,” she writes, “because everyone’s life is affected in some way by someone else.”

It was the late Rita Pierson’s TED talk about the importance of the teacher-student relationship that guided Camryn to this purpose. “She spoke of how a colleague once told her how she was not paid to like the kids, but that she was paid to teach them. To this Pierson responded, ‘Kids don’t learn from people they don’t like.’ This was a profound moment for me because it illustrated one of human’s main desires: human connection.”

Now, Camryn plans to study sociology to study the impact of history on society so that she can better make her own mark on the world, and hopes to end up in education. She writes:

Children need someone not only to look up to, but someone to look up to them. To see what they cannot yet see and to believe in them when no one else does. Children need to learn that they are someone and that they can always be a better someone. I want to teach because children are the greatest treasure of the world. ... I want to instill the belief that “I am worthy. I deserve to be here. I deserve an education.”