Being married to someone you love can be a wonderful thing. But a good marriage can also be tested over time by the stresses of everyday life—like raising children, long work hours, or chronic health problems—leading to marital distress or even divorce. 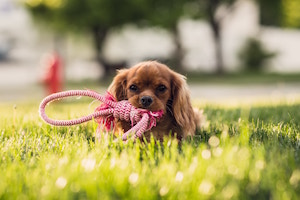 What could save marriages in trouble? According to a recent study, it wouldn’t hurt to view baby-animal pictures together.

In this study, 144 married couples were surveyed about how happy they were in their marriages, and then had their individual photos taken, both smiling and unsmiling. A few days later, they each completed an “automatic associations test” using their spouse’s unsmiling photo (as well as photos of others), allowing the researchers to measure unconscious positive and negative feelings toward their spouses.

Afterwards, couples were randomly split into two groups to perform “evaluative conditioning sessions,” where they were asked to watch a series of quickly changing digital images and to press a space bar when they saw a particular, targeted photo—such as a photo of a wedding cake. This direction was used to distract the participants from the actual purpose of the experiment.

The images used in these sessions included photos of positive or neutral subjects (like puppies and baby elephants versus buttons and chairs), positive or neutral words (like “fantastic” versus “the”), and photos of their smiling partner. In the first group, the partner’s smiling photo was always paired with a positive word or image, while, in the second group, the partner’s smiling photo was paired with a neutral word or image.

Results showed that those in the positive-photo pairing group had significantly more unconscious, good feelings about their spouse and greater marital satisfaction than those who viewed neutral paired images. This was true across the entire length of the experiment, regardless of how happy individuals were with their partners at the beginning.

James McNulty, one of the coauthors of the study, was somewhat surprised by these results.

“Just the idea that something so simple and unrelated to marriage could affect how people feel about their marriage made me skeptical,” he said. “I was actually a little surprised that it worked.”

Still, prior research does point to the importance of learned associations in how we respond to others, he says, which means that couples should probably pay more attention to them in their marriage. Otherwise, individuals can wrongly associate negative moods with their partners, even if their partners were not the cause of the mood.

“Often times, our partners are the source of the feeling we have; but often times they are not, and our minds may associate them with those feelings anyway,” he says.

Marital therapists should also take note, he says. While working on behavioral changes—like better communication and increasing shared activities—certainly plays an important role in improving marriages, those treatments need to result in greater positive associations with one’s spouse, or they may be less effective.

Of course, all couples that want to stay together could benefit from building positive feelings for one another. If the research suggests that marital satisfaction is affected by looking at pictures of cute baby animals while in the presence of your spouse, it seems well worth a shot.

“One of the more proximal and immediate sources of satisfaction within a relationship is the affect associated with the partner,” says McNulty. “We should all try to maximize positive feelings while with our partners and minimize negative ones.”