When one of our teens, who shall remain nameless, was 15, my husband Mark and I got a surprising email from another parent we’ll call Maureen. Our teen had decided to go to a concert with Maureen’s daughter, Maddie, and she was writing to let us know that she would be driving. 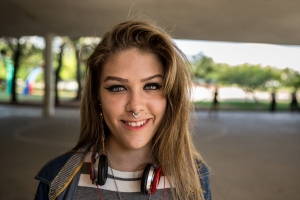 The problem was that our daughter hadn’t bothered to tell us about her plans with Maddie—because the concert conflicted with an important dinner with our huge extended family.

It wasn’t that our daughter didn’t want to go to the family dinner. She did. She loves her cousins and genuinely looks forward to seeing them. It was that she desperately wanted to go to the concert, too. How could she choose?

“You don’t GET to choose!” was my knee-jerk reaction. Still, she pushed it. “Absolutely not!” I cried. “Family comes before friends! Family is the most important thing!”

Our teenager dug in. The conversation was over on our end, but she didn’t let it go; we heard through Maureen that she’d told Maddie that she was still coming, no matter what we said. We told Maureen that there was no chance (in hell) that she’d be going to that concert, but “thank you so much” anyway.

When our daughter heard that we’d overruled her again through Maureen, she was livid. “It’s MY LIFE,” she seethed. “You can make me go to dinner, but you can’t make me have fun.” And with that, she quietly left the room. Mark and and I looked at each other, wide-eyed. She had a point.

Our teenager had just fired us as her management team, this time for good. She had had it with our bossy and controlling ways.

Years ago, Mike Riera, author of Uncommon Sense for Parents of Teenagers and an educator I respect a lot, had warned me that this would happen. But, honestly, I just couldn’t imagine it at the time. I thought that I’d always get to manage my children’s lives, at least while they were living under my roof. I’m good at managing my family. I should be promoted when my kids get older, I used to think, not fired.

But once kids reach adolescence, they need to start managing their own lives, and they do tend to fire us as their managers. Parents who are too controlling—those who don’t step down from their manager roles—breed rebellion. Many kids with micromanaging parents will politely agree to the harsh limits their parents set with a “yes, sir” or “yes, ma’am” attitude, but then will break those rules the first chance they get. They do this not because they are bad kids, but because they need to regain a sense of control over their own lives.

This cannot be overstated: Healthy, self-disciplined, motivated teenagers have a strong sense of control over their lives. A mountain of research demonstrates that agency is one of the most important contributors to both success and happiness. Believing that we can influence our own lives (through our own efforts) predicts practically all of the positive outcomes that we want for our children: better health and longevity, lower use of drugs and alcohol, lower stress, higher emotional well-being, greater intrinsic motivation and self-discipline, improved academic performance, and even greater career success.

Even teens who don’t have a rebellious streak and who won’t lie or hide their behavior suffer when parents micromanage them. Those kids tend to expend emotional energy resisting advice from their parents that is clearly in their best interest, simply to regain a sense of control.

The answer, according to neuropsychologist William Stixrud and teen coach Ned Johnson, authors of The Self-Driven Child, is to hand the decision-making reins over to our teens. You read that right: By adolescence, we parents need to (take a deep breath and) let them make their own decisions about their lives.

Letting our teens become the decision-makers doesn’t mean that we become permissive, indulgent, or disengaged parents. Fifty years of research has consistently shown that “authoritative” parenting is good for teens’ health and well-being. Authoritative parents set and consistently enforce clear limits, and they are warm and engaged in their kids’ lives. Authoritative parenting helps kids develop self-control—making them less likely to have problems with drugs, alcohol, or teen pregnancy. Teenagers with authoritative parents do better in school, have greater self-confidence, and have more friends.

So how in the world are we supposed to be authoritative parents once we’ve been fired as our kids’ managers, and once we are letting them make their own decisions? There are two equal parts to parenting-without-managing:

Part One: We establish age-appropriate family rules—like time limits on technology use and expectations about drug and alcohol use—in a supportive, involved way. We don’t dictate the rules; we discuss them. This way, our teens have a safe space to operate in without becoming overwhelmed by everything they need to do and learn.

Part Two: We hand over all further decision-making to our kids. They are free to operate autonomously within the limits that we’ve set. (Yes, it can be a challenge to decide what deserves a rule, and what can be left up to a teen—and exactly when we start handing over decision-making. I will offer more guidance in a future article.)

Decision-making is an incredibly important skill that teens must develop before they can be truly independent. When we require that they make their own decisions—instead of just making them for them, as Mark and I did when we insisted our daughter come to family dinner—we give them really valuable practice. They learn to look within themselves to understand their often-conflicting motivations and feelings. They learn to consider their own values, and the values of their family. They gain experience making decisions and then feeling accountable for the consequences of their decisions.

There’s really good news here: Teens who are given both limits and the freedom to make their own decisions tend to be self-driven and self-disciplined. This means that they’ll tell themselves “no” before we have to—and I probably don’t need to point out that that makes parenting a heck of a lot more fun.

Taking decision-making power away from them won’t help them become good decision-makers, nor is it a particularly good way to influence them. This is in part because, to paraphrase Stixrud and Johnson:

And so it’s true: Sometimes our kids will make really bad decisions. Decision-making can be challenging, and it’s unrealistic to think they’ll do it perfectly. Adolescence is a period of time when kids have their learner’s permit for life, when (in ideal circumstances) they still have built-in support when they make mistakes. Which, again, they will. Often, human beings need to really struggle in order to learn and grow. And this means they’ll need to make their own mistakes, sometimes big ones.

If it will help them make an informed decision, we can neutrally offer our opinion. This is hard for me. We have to practice nonchalance. And then we (take a deep breath and) say: “It’s your call.”

Of course, we don’t need to enthusiastically (or financially) support all of our kids’ decisions. We can still mention when we feel uneasy with a decision they’re making, so long as we are sharing our feelings and not our judgments. This might mean that we say something like, “It makes me feel sad to see you so tired and anxious. I’m worried that the cost of taking such a heavy course load might be too high. But it’s your call.”

When we allow kids to make their own decisions, they don’t waste their limited energy resisting us just so that they can feel a modicum of control over their own lives. Suddenly, they stop seeming so irrational and teenagery—opposing things that are in their own best interest—and they start acting like the mature young adults they are becoming.

This is ultimately what happened with the family dinner/concert conflict: I apologized for my knee-jerk reaction, and told my daughter that while we really hoped she would be at our family dinner, it was her call. If she decided not to come to the dinner, we asked her to communicate her decision to the rest of the family herself. If she was going to make her own decisions, she could also practice taking accountability for them.

Once the choice was truly hers, our daughter decided not to go to the concert. And she actually seemed happy about her decision. She came to the family dinner, and she had fun.