Today, Starbucks is closing more than 8,000 stores in the United States to educate employees about racial bias.

That’s because two black men, Dante Robinson and Rashon Nelson, were arrested last month while waiting for a potential investor at a Starbucks in Philadelphia. The men did not break any laws or do anything to cause unrest. Rather, the white manager just felt uneasy about their presence at the store. The arrests triggered a media frenzy and resulted in a settlement of $200,000 that will be applied to helping young entrepreneurs realize their goals.

Will the company-wide diversity trainings prevent similar incidents from happening in the future? We can’t know, but there is some evidence that educating employees about acts of implicit and explicit bias can make an impact.

In its announcement, Starbucks said the training is aimed at addressing both “implicit bias and prevent discrimination.”

Why the distinction between discrimination and implicit bias? 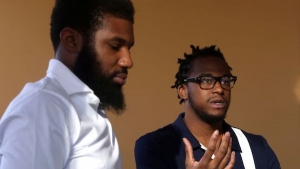 Discrimination, in this framing, is an expression of conscious prejudice. Over the past century, our society has passed a series of laws—such as the Civil Rights Act of 1964—seeking to outlaw explicit discrimination based on race, color, religion, sex, national origin, and more. For companies, this is a matter of laying down policies and guidelines.

But the manager of the Philadelphia Starbucks, some say, didn’t necessarily break the law when she called the police. According to the company, the manager wasn’t consciously trying to discriminate against black men. Instead, calling the police was an outward manifestation of unconscious prejudice. If true, that is an example of implicit bias.

How do we know implicit bias exists? Since the late 1990s, psychologists have used “Implicit Association Test”—developed at Harvard University—to uncover unconscious associations users might have between “target categories” and certain words. When a user is quick to link, say, “black” with “unpleasant,” that might be interpreted as a sign of implicit bias. It is when we are forced to make quick judgements that biases tend to surface.

While the IAT has provoked a lot of controversy among scientists, there are many other ways to document implicit bias. In 2007, for example, a popular research paper shook the National Basketball Association (N.B.A.) world. The paper found that white referees in the N.B.A. called a greater number of fouls on black players as opposed to white players. Drawing on this information, the National Bureau of Economic Research conducted its own study into the impact of media coverage of the N.B.A paper—and found that it did work to reduce bias. In other words, these biases exist as part of our subconscious mind, but they can be reduced through awareness.

Few of us are all racist or all anti-racist; most of us are a mix of noble intentions and kneejerk associations. Research suggests that we can overcome this divide largely through “exposing the boogeyman” or bringing shadowy and subconscious thoughts into the light. The goal of training that addresses implicit bias is to bring our words and actions into alignment with our conscious values.

The proof is in the training

Starbucks will be one of the first major corporations to test the notion that discussing unconscious biases will prevent incidents like the one in Philadelphia. But will it work? That’s the question that other companies are waiting in the wings to find out.

There’s no shortage of “bias training” programs—but only a few of them have been scientifically evaluated.

One training model developed by researchers at the Prejudice and Intergroup Relations Lab at the University of Wisconsin at Madison has been proven effective at bringing awareness of racial profiling instances to the forefront and providing attendees with the tools to act on these instances. The 12-week program includes bringing the issue to light, educating attendees about the effects of racial bias, and strategies developed to reduce that bias, such as teaching participants how to view situations from different perspectives and replacing stereotypes with counter-stereotypes. Researchers have found that intervention participants have lower IAT scores following completion of this training course as compared to the scores at the beginning of the course.

So how does Starbucks plan to present its 175,000 employees to effectively eliminate unconscious bias? Today is only the beginning, according to the company. In a recent statement, chief executive officer Kevin Johnson noted that it will be working with “top thought leaders in this space to help us make this [training] impactful, scalable, and lasting,” embracing a “multiphase” process that will unfold over time.

Exact details of this training initiative are sparse, but the company has noted that “in the months ahead, Starbucks will deepen its diversity and inclusion efforts, focusing on the cultural evolution of Starbucks.” Researchers, workplace leaders, and diversity trainers will be closely watching these efforts, for rarely has racial bias training measured at this scale.

There’s no definitive answer to whether or not this massive undertaking will be effective, but it does work to bring the problem of racial profiling in the light—and get all of us to think about our own biases.