What if there were a pill that made you more compassionate and more likely to give spare change to someone less fortunate? UC Berkeley scientists have taken a big step in that direction. 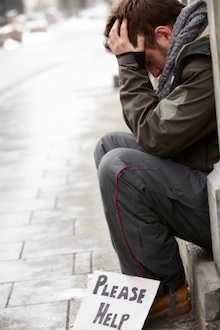 A new study by UC Berkeley and UC San Francisco researchers finds that giving a drug that changes the neurochemical balance in the prefrontal cortex of the brain causes a greater willingness to engage in prosocial behaviors, such as ensuring that resources are divided more equally.

The researchers also say that future research may lead to a better understanding of the interaction between altered dopamine-brain mechanisms and mental illnesses, such as schizophrenia or addiction, and potentially light the way to possible diagnostic tools or treatments for these disorders.

“Our study shows how studying basic scientific questions about human nature can, in fact, provide important insights into diagnosis and treatment of social dysfunctions,” said Ming Hsu, a co-principal investigator and assistant professor at UC Berkeley’s Haas School of Business.

“Our hope is that medications targeting social function may someday be used to treat these disabling conditions,” said Andrew Kayser, a co-principal investigator on the study, an assistant professor of neurology at UC San Francisco and a researcher in the Helen Wills Neuroscience Institute at UC Berkeley.

In the study, published online this month in the journal Current Biology, participants on two separate visits received a pill containing either a placebo or tolcapone, a drug that prolongs the effects of dopamine, a brain chemical associated with reward and motivation in the prefrontal cortex. Participants then played a simple economic game in which they divided money between themselves and an anonymous recipient. After receiving tolcapone, participants divided the money with the strangers in a fairer, more egalitarian way than after receiving the placebo.

“We typically think of fair-mindedness as a stable characteristic, part of one’s personality,” said Hsu. “Our study doesn’t reject this notion, but it does show how that trait can be systematically affected by targeting specific neurochemical pathways in the human brain.”

In this double-blind study of 35 participants, including 18 women, neither participants nor study staff members knew which pills contained the placebo or tolcapone, an FDA-approved drug used to treat people with Parkinson’s disease, a progressive neurological disorder affecting movement and muscle control.

Computational modeling showed Hsu and his colleagues that under tolcapone’s influence, game players were more sensitive to and less tolerant of social inequity, the perceived relative economic gap between a study participant and a stranger.

By connecting to previous studies showing that economic inequity is evaluated in the prefrontal cortex, a core area of the brain that dopamine affects, this study brings researchers closer to pinpointing how prosocial behaviors such as fairness are initiated in the brain.

“We have taken an important step toward learning how our aversion to inequity is influenced by our brain chemistry,” said the study’s first author, Ignacio Sáez, a postdoctoral researcher at the Haas School of Business. “Studies in the past decade have shed light on the neural circuits that govern how we behave in social situations. What we show here is one brain ‘switch’ we can affect.”