In our competitive culture, we usually think “more is better.” Being Number One, winning at all costs, and “having the most” is deeply ingrained in our psyche as real success. This model of going for the max is often erroneously applied to our own well-being. People mistakenly think intense delight is a sign that their attempt at awakening joy is truly successful. 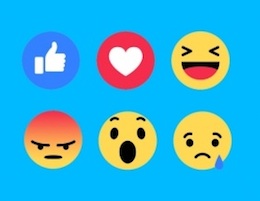 However, when we look for bells and whistles as indications of true happiness we’re misunderstanding a very important principle: Setting a high bar of intense happiness works against true well-being. Although I’m all for enjoying peak experiences when they arise, measuring that ideal against a moderate level of okayness can easily render this moment as “not good enough.”

We find what we look for. Science calls this phenomenon the brain’s “confirmation bias.” Your brain tends to see what it believes to be true and misses whatever doesn’t confirm its hypothesis. If you don’t think you experience much true happiness because you’re holding an image that it should be a peak experience of ecstasy, you probably will keep confirming that belief.

What’s the alternative? Aim for noticing how you really feel right at that moment—and embrace all your diverse feelings.

The science of emotional diversity

There are studies that show over-pursuing happiness actually may be detrimental to your mental and physical health. People who have “emodiversity”—meaning they express a full range of emotions including anger, worry and sadness—are actually healthier than those whose range tends to be mostly on the positive side.

In a study of over 35,000 people, researchers found that “people high in emodiversity were less likely to be depressed than people high in positive emotion alone.” In another study of 1,300 Belgians, those with greater emodiversity used fewer medications, didn’t go to the doctor as often, exercised more, ate better, and had all-around better health than those with more limited emotional range.

Too much intense happiness can affect our creative juices too. In one study measuring mood and creativity, Mark Alan Davis found that when we experience extreme or intense happiness we tend not to tap into our creativity as much. In extreme cases we can get manic and lose our connection to creativity. Not that you need to be melodramatic to be creative. Happy people are creative too. But at some point only going for the gusto can be counter-productive if you’re trying to access your muse.

Another study found that those who are consistently on the high end of happiness curve tend to be less flexible in adapting to challenging situations. It becomes harder to adjust when things go south. What’s more, those who are in constant pursuit of positive experiences are more likely to engage in risky behaviors like sexual promiscuity and substance abuse. This extreme happiness/risky behavior syndrome was also confirmed in a 1993 study. Children who were regarded as “highly cheerful” tended to have a higher probability of mortality as adults probably due to riskier behavior.

Indeed, when we try too hard to attain happiness we may be setting ourselves up for its opposite. Researcher Iris Mauss and colleagues have shown that sometimes people chase happiness to an unrealistic degree, which can actually end up leading to major disappointment. It can turn into a vicious cycle where the harder you try for happiness the more elusive it becomes.

So perhaps it’s better not to try so hard to be happy.

When people do my online Awakening Joy course, they often come with ideas of what joy is supposed to look like. A complaint I sometimes hear is, “I’m trying really hard to be joyful and it’s not working.” As the science suggests, that’s not surprising. Instead, I recommend that one simply begin noticing moments of feeling okay. If you tend to have a life filled with intense drama, I often suggest being aware of moments when you’re not miserable. That’s a good start.

However, if you see moments of “okayness”—moments where you’re not suffering—as moments worthy of appreciation, you open the channel to true well-being. And the more you notice and take them in, the stronger that flow of well-being naturally grows—not through force but through wise attention. As neuroscience expert Rick Hanson says: “The brain is like Teflon for positive experiences and Velcro for negative ones.” We need to train ourselves to appreciate and take in those simple moments of life where things are actually okay.

When you let go of looking for ecstatic states, you can find joy in the most commonplace moments. Edith, a student in Germany, had somehow equated joy with intense positive experiences. But when she stopped looking for those and simply opened up to a simple feeling of well-being she started to experience things very differently. She put it this way:

“I noticed how much joy there already is and how I had somehow looked for a kind of super-mundane, “spiritual” joy, more profound and lasting than our ordinary joy, that I would only reach if I practiced hard and in the right way. By having this concept, and by looking for this other kind of joy, I had missed out on a lot of “ordinary joy” moments. As I focused on them, appreciated them and felt them more fully, I was so happy and sometimes almost overwhelmed at all the joy and blessings in my life.”

I remember many years ago hearing a wise teacher give instructions on the heart practice called “Loving-kindness” meditation. He said that sometimes the word “loving-kindness” can seem so lofty and noble that we imagine it’s beyond our reach. He suggested connecting with the simple feeling of “kindness” or “friendliness” towards oneself or others. That’s so much more accessible and it will start the gentle flow of good-heartedness we’re looking for. It really worked. As I let go of getting a gold-star in my loving-kindness practice I simply enjoyed extending good will and let myself be touched by my kind heart.

In some Eastern philosophical models of happiness, refined states of well-being are considered ultimately more sustainable and more satisfying. As wonderful as it is, rapture is considered a courser level of happiness that, after awhile, becomes jangling to the system. Going up the ladder of refined states, gladness, happiness, and contentment are considered qualities that are much more developed and fulfilling. Ultimately, deep peace is the most satisfying state of all and is said to be the pre-cursor to true enlightenment.

So if you’re trying to cultivate genuine happiness within yourself, you might consider letting go of trying to experience a gusher of intensity. Awakening joy comes naturally from truly appreciating the simple moments of well-being in our lives. Don’t miss them! Once you start having your radar out for them you’ll see them everywhere.